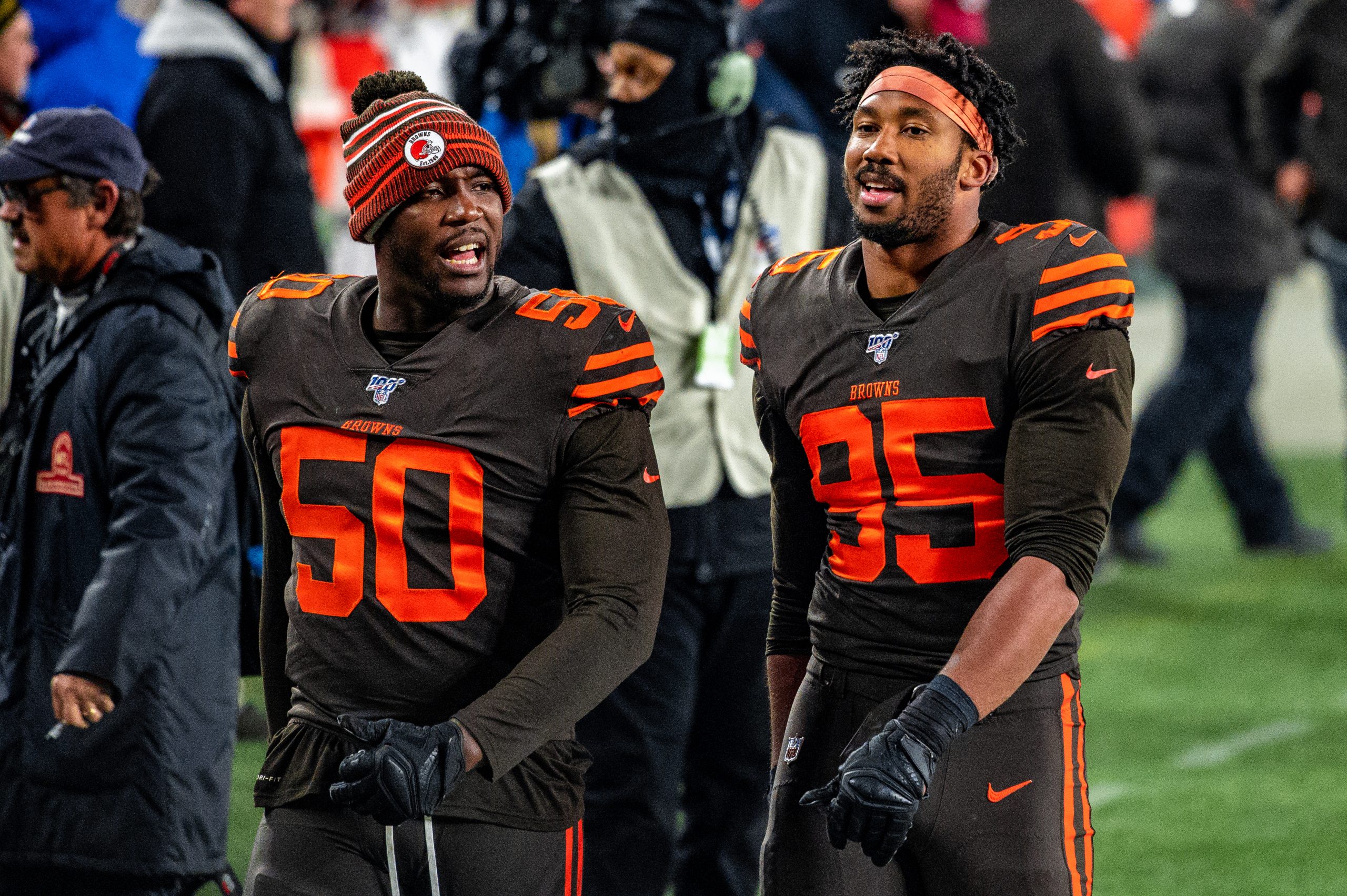 Who Can Help Myles Garrett?

The 2020 Cleveland Browns enjoyed their first playoff berth since 2002 and first playoff win since 1994. The offense was a big reason why they enjoyed so much success, finishing in the top 5 in rushing and Baker Mayfield played at a high level on the back half of the season.

Their defense, on the other hand, was not nearly as effective. They forced a decent amount of turnovers but finished 21st in total defense. Some could say with a few more playmakers on that side of the ball, they could have gotten even further in the playoffs. Needless to say, upgrades are needed. Let’s take a look at some defensive free agents they Browns should target in the 2021 off-season.

This one is kind of a no brainer. Olivier Vernon has been opposite of Myles Garrett for the past two years, and he’s been good overall. Unfortunately, he tore his achilles in Week 17 and is a free agent, so he will not be returning. JJ Watt would be a massive upgrade over him. Even dealing with injuries the last 5 years, Watt still plays at a high level. Plus he’s never played on the same defensive line with someone as good as Myles Garrett. The two of them together would be SCARY. It’ll all come down to whether or not GM Andrew Berry wants to spend the money.

If JJ Watt doesn’t work out, Carl Lawson is the next best bet. He’s younger and more durable that Watt and can easily make the Browns defensive line more intimidating in 2021. He finished with 5.5 sacks in 2020 an has 20 total since his 2017 rookie year.

The Browns could use at least one upgrade at linebacker in 2021. They could use the draft for this, but going after Jayon Brown could be a smart idea. He’s young and wouldn’t be an expensive option at all, so the analytical front office in Cleveland already loves that. He had seventy six tackles, one sack and one interception in ten games for the Titans in 2020.

Out of all the defensive issues for the Browns in 2020, their secondary was one of the biggest ones. They dealt with numerous injuries and it was overall inconsistent. Hopefully in 2021, Greedy Williams will come back from injury and play opposite of Denzel Ward. The Browns could add Richard Sherman to play in the slot and provide valuable veteran leadership. He isn’t elite like he once was, but he can still play at a good level when healthy. He was injured most of 2020 and should be available for a team friendly one year deal.

As mentioned before, the Browns definitely need a slot corner. At one time, Desmond King was the best slot corner in all of football. He would be a nice addition to the Browns secondary and would instantly be an upgrade. He made several plays for the Titans in the final stretch of 2020.

If the Browns decide to avoid Richard Sherman, going after both Desmond King and Troy Hill could be a good idea.With how difficult its been for Greedy Williams and Denzel Ward to stay healthy, having depth and more options overall wouldn’t be a bad idea. Hill would fit nicely on Cleveland’s defense. He tallied three interceptions for the Rams in 2020.

Realistically, the Browns are a few defensive upgrades away from being a legit Super Bowl contender. With the right moves this off-season, they could take that next step in 2021. Just give Myles Garrett and Denzel Ward some help and go from there.