3 Potential Trade Destinations for Zach Ertz: Should The Packers Strike? 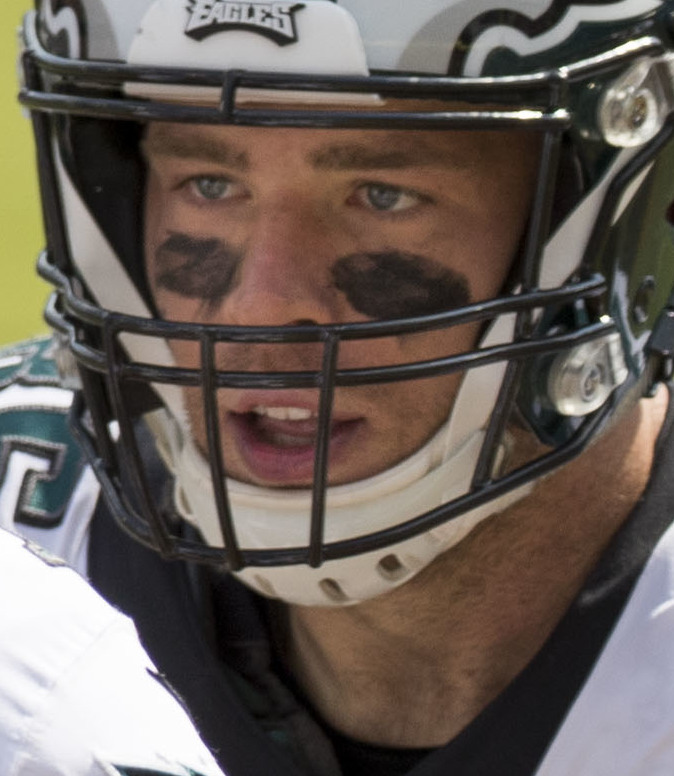 Which NFL Team Could Trade For Zach Ertz?

Zach Ertz a few years back was a dominant TE. He was essentially what Travis Kelce is today.

However, with injuries and changes at QB, now comes a time where the Eagles need to move on from Ertz. With the trade of Carson Wentz last week it is now is only a matter of time of when the Eagles do ship out Ertz.

Zach Ertz turned 30 last November but a change of scenery might help fuel his motivation to return back to being one of the league’s top TEs. He still has the ability to be an important piece on a championship-contending team.

Below are the teams that I believe Ertz can be a great asset and help put them over the top. These are just destinations in which I believe the teams are close to winning currently as is. The salary cap and draft capital will ultimately drive these teams one way or the other to build their franchises.

Robert Tonyan was a nice revelation for the Packers this past season. Tonyan finished with line of 52/586/11 in sixteen regular season games.

He went 8/82/1 in the post-season in two games. The latter is where a guy like Ertz can be the difference.

Tonyan was pretty much a “no-show” in the playoffs especially against the Bucs hauling in four catches for just twenty-two yards.

Rodgers has never really had a TE with the talent level of Ertz. Granted Zach Ertz is not the Ertz of old but he still can be a difference-maker with other star talents around him.

With the likes of Davantae Adams, Aaron Jones and future Hall of Famer Aaron Rodgers this would be the ideal situation for both sides. Ertz can still when healthy work the underneath and over the middle routes effectively.

This is would be a boon for Rodgers to have that type of play-making and proven veteran leadership from Ertz both on and off the field.

The Packers currently have all their picks in the seven rounds and are expected to receive three compensatory picks. The Packers certainly have the draft capital to make play for Ertz. However, they are currently $-19.9m in cap space, Yikes!

The Buffalo Bills were a surprise team this past season. The Bills accomplished a lot in terms of winning the AFC East, Winning a Playoff Game (won 2), and reaching the AFC title game. However, there was one aspect particularly on offense in which the Bills did not accomplish much and that was the TE position.

Dawson Knox was their starting TE and posted a line of 24/288/3 in twelve games played. Zach Ertz missed five games due to injury and still managed a 36/335/1 line. This was the lowest number of receptions Ertz had since 2014.

Having traded for Stefon Diggs last off-season which paid huge dividends, trading for Ertz will further boost the Bills’ odds of playing in the Superbowl next season. With Diggs working the perimeter/down field routes, Ertz can effectively work the inside/over the middle and give Josh Allen that much needed short yardage threat.

It will also make Josh Allen to not run as much and avoid big hits when he can just simply zip an underneath drag route to Ertz all game long.The Bills have seven picks in this year’s draft and currently have $-1.01m in cap space.

From a draft/finance capital standpoint, the Bills will have to do some serious maneuvering to land Ertz.

The Cardinals started of the season with a 5-2 mark but then just went 3-6 the rest of the way. DeAndre Hopkins tied his career high with 115 receptions, Kyler Murray threw for over 3,900 yards with a 26/12 TD-INT ratio.

Drake and Edmonds rushed for a combined almost 1400 yards, yet the TE Dan Arnold managed a 31/438/4 line in sixteen games. Ertz played only eleven games and had 335 yards on 36 receptions.

With or without Larry Fitzgerald this team still has enough offensive power to compete. Zach Ertz can bring that veteran leadership to the offense and provide Kyler much like Josh Allen than underneath safety net to throw to.

Zach Ertz will provide a much needed boost to the TE position and be a valuable asset to a young team on and off the field. His presence and route running can make Kyler Murray even a better QB going forward.

The Cardinals have just five picks in this year’s draft and a total of $11.8m in current cap space.

The Steelers trying to trade for Zach Ertz depends on largely on what the team intends to do with Ben Roethlisberger. Currently the team is about $30m over the cap.

Big Ben would need to do a serious re-structuring of his contract for the team to even try and think about trading for Ertz. However, if things fall into place, getting Ertz will provide Big Ben with another weapon at his disposal to try and win another Superbowl.