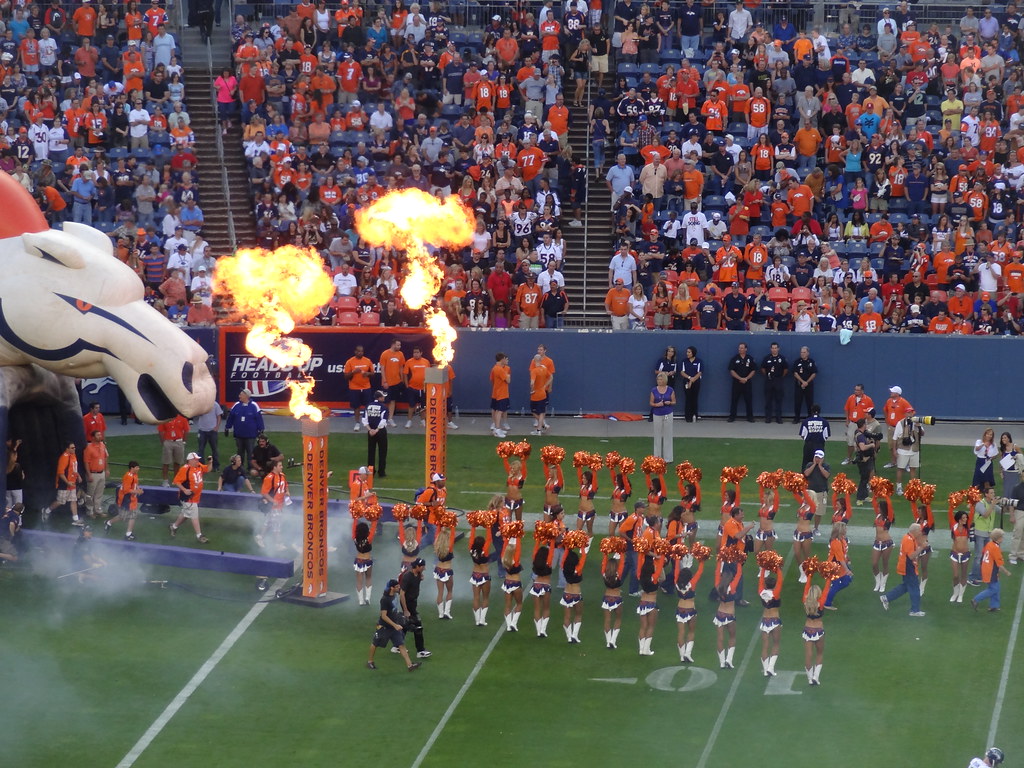 "Denver Broncos vs Seattle Seahawks" by deege@fermentarium.com is licensed under CC BY-SA 2.0

Where Could Tim Patrick Land?

Tim Patrick is a restricted free agent coming off of a 2020 campaign with the Denver Broncos. Going undrafted in 2017 out of Utah, Patrick was signed and eventually cut by the Baltimore Ravens and San Francisco 49ers before eventually landing with the Broncos. Now the 27-year-old restricted free agent is looking for a new deal and trying to use his best season of his career as leverage.

What is Patrick bringing to a team? For starters, Patrick can spread the field using his 4.47 40 speed which is great for a 6 ft. 4 receiver. He has really good hands dropping only five passes in his career with none of those coming in 2020. And, he has great field awareness proven during his four reception, 44 yard, two TD performance against the Kansas City Chiefs in Week 13. His main con is that he has found it hard to stay on the field. Even in college, he played 18 games in his career, but missed 17. If he can stay healthy, he is a cheap, reliable option that can benefit a receiving corps.

So where could/should he go?

I know it is probably odd to pick a team that isn’t going to pass the ball all that much, but they also need more talented depth when it comes to pass catchers. Their number one receiving option is their tight end, and sure WR Marquise Brown can get down the field in a hurry, but Lamar Jackson either tucks and runs or dumps it down.

With the addition of Patrick, Jackson would have another receiver that hovers around the first down line that could draw attention away from TE Mark Andrews and Brown. Patrick’s average depth of target this season was 12.5 yards which would give Jackson a mid-point dump-off to spread out the offense.

Last season’s WR2 for the Ravens, Willie Snead, is a free agent so the Ravens should take advantage of the growth Patrick has shown with the Broncos and give a cheap deal to the player they initially signed back in 2017.

The Falcons make this list because their team identity is to be pass heavy and I don’t think drafting a RB high is going to change that and make them a run-first team. Matt Ryan is going to sling the ball with whatever time he has left in the league.

Julio Jones is injury prone, but also aging and the rest of the WR unit for the Falcons young stud Calvin Ridley, and then behind him is ….exactly. Tim Patrick is not going to be a team’s WR1, but he can be an effective role player. The Falcons had the fifth-highest total drops on the season, so they could do much worse than bringing in a cheap option that can be reliable when on the field.

If Patrick can join this offense and still put up his supplemental usage numbers, or even close to it, of 742 yards and six TDs, the Falcons can use that high draft pick on a RB they desperately need, and they will actually resemble a complete offense.

I would lose all credibility as a writer if I did an article about a WR and didn’t say that the Lions could use him. The ONLY WR from the 2020 Lions roster that is guaranteed to be under contract with the Lions in 2021 (barring a trade) is Quintez Cephus.

The Lions are in full rebuild mode with the Stafford/Goff trade completed with the Los Angeles Rams earlier this offseason so the age of Patrick shouldn’t bother them. Patrick, again, would be a cheap option having never made $1 million in a single season. At the very least, he is a better option than Cephus at the moment.

Patrick played at least 65% of snaps in every game this season and even though he had never had a long-term deal, he has the veteran field awareness and he could be a good option for Jared Goff as the Lions work towards the future.

The Broncos are expected to get Courtland Sutton back and will return Jerry Jeudy and KJ Hamler. Patrick would continue to battle for that WR3 position, but he didn’t have a *bad* year by any means.

Why not bring Patrick back to fill that role and see if he can continue to build on his recent success?

3 Potential Trade Destinations for Zach Ertz: Should The Packers Strike?
Three QB Trade Targets For Denver Broncos: Who Are They Targeting?
wpDiscuz
0
0
Would love your thoughts, please comment.x
()
x
| Reply