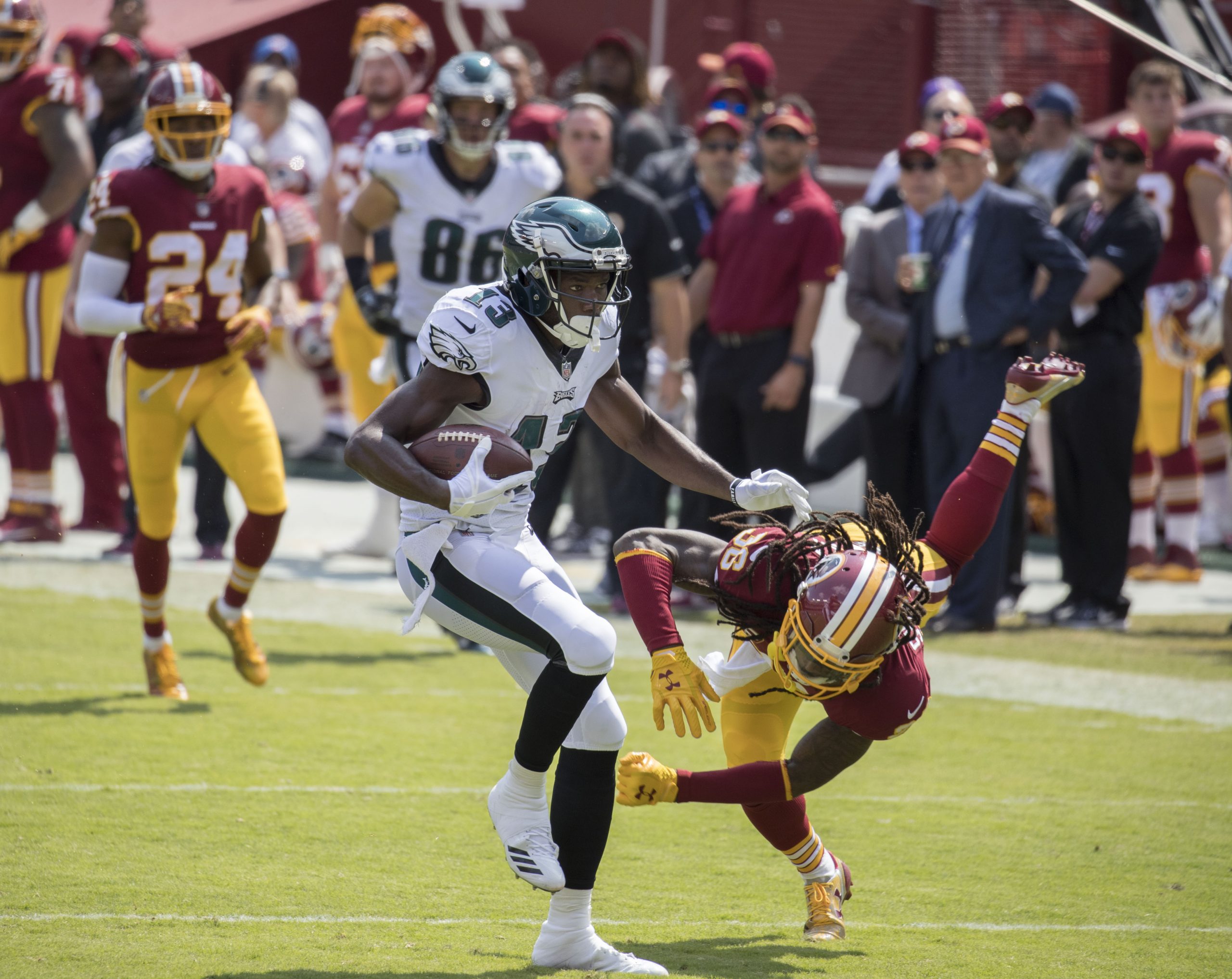 Nelson Agholor was once viewed as a draft bust when he was on the Eagles; last season Agholor made the best of his one-year deal with the Las Vegas Raiders. Agholor was one of the best deep threats in the entire NFL last season, catching 48 passes for 896 yards and eight touchdowns. Agholor had a breakout season last year on the Raiders, as he set a career-high in receiving yards and tied his career-high for touchdowns.

Agholor was second in the entire NFL for most yards per catch with 18.7, behind only Marquez Valdes-Scantling with 20.9. It’s clear Agholor needed a change of scenery away from Philadelphia. Agholor will be a sought out receiver in free agency due to his profound ability. So, where does Agholor end up? Let’s get into my top three destinations for the deep threat receiver.

The Colts seem like a no-brainer fit for Nelson Agholor as they should be in the market for another receiver. T.Y. Hilton is a free agent, and the Colts are unsure if they will be bringing him back. Agholor would join a very young receiving core with Michael Pittman Jr. and Parris Campbell. The Colts will need a deep threat receiver if Hilton signs elsewhere, and Agholor would be the perfect fit.

Not only would Agholor fill a significant need for the offense, but he also has chemistry already with the Colts’ new starting quarterback Carson Wentz. Wentz played with Agholor when they were on the Eagles together, and getting Wentz a familiar face would be a smart idea. The Colts will also have around $54 million in cap space for this offseason. Using that money to surround Carson Wentz with weapons would be a smart idea.

The Bills might not be the team with the most significant need for a wide receiver, but it’s clear the team needs to improve the offense heading into 2021. The Bills need more firepower if they want to compete with the Chiefs. Agholor would give Josh Allen an actual deep threat and add another explosive playmaker to the offense. We saw in the playoffs that Stefon Diggs couldn’t do it all, and with the Bills not expected to bring John Brown back, I think Agholor would fit well in Buffalo.

Agholor would fill the “John Brown” role and give Allen another explosive target to hit downfield. Simultaneously, the Bills don’t have a lot of cap flexibility with only $4.5 million in available cap space. Adding another weapon to the offense like Agholor would be very beneficial for the Bills in 2021.

While Nelson Agholor may not be the biggest free-agent Jets fans want their team to bring in; he would be very beneficial to the offense. Regardless of who is starting under center for the Jets in 2021, they need to improve their weapons on the offense. The Jets will need to bring in some new receivers, with Breshad Perriman being a free agent and possibly cutting Jamison Crowder. If Crowder and Perriman aren’t back in 2021, a wide receiver would be a glaring need for the Jets. While Agholor isn’t the best free-agent wide receiver on the market, he is the best deep threat. Considering the Jets experimented with Breshad Perriman, another deep threat wide receiver,  last season, they should be interested in Agholor.

Money won’t be an issue for the Jets in 2021, as they have the second-most cap space in the NFL with around $76 million. Agholor isn’t the biggest name of the available wide receivers on the market, but he might be the best the Jets can bring in. Guys like Kenny Golladay and Allen Robinson are both expected to get franchised tagged. Adding weapons to the offense should be a priority for the Jets, starting with adding a new receiving core around their quarterback.