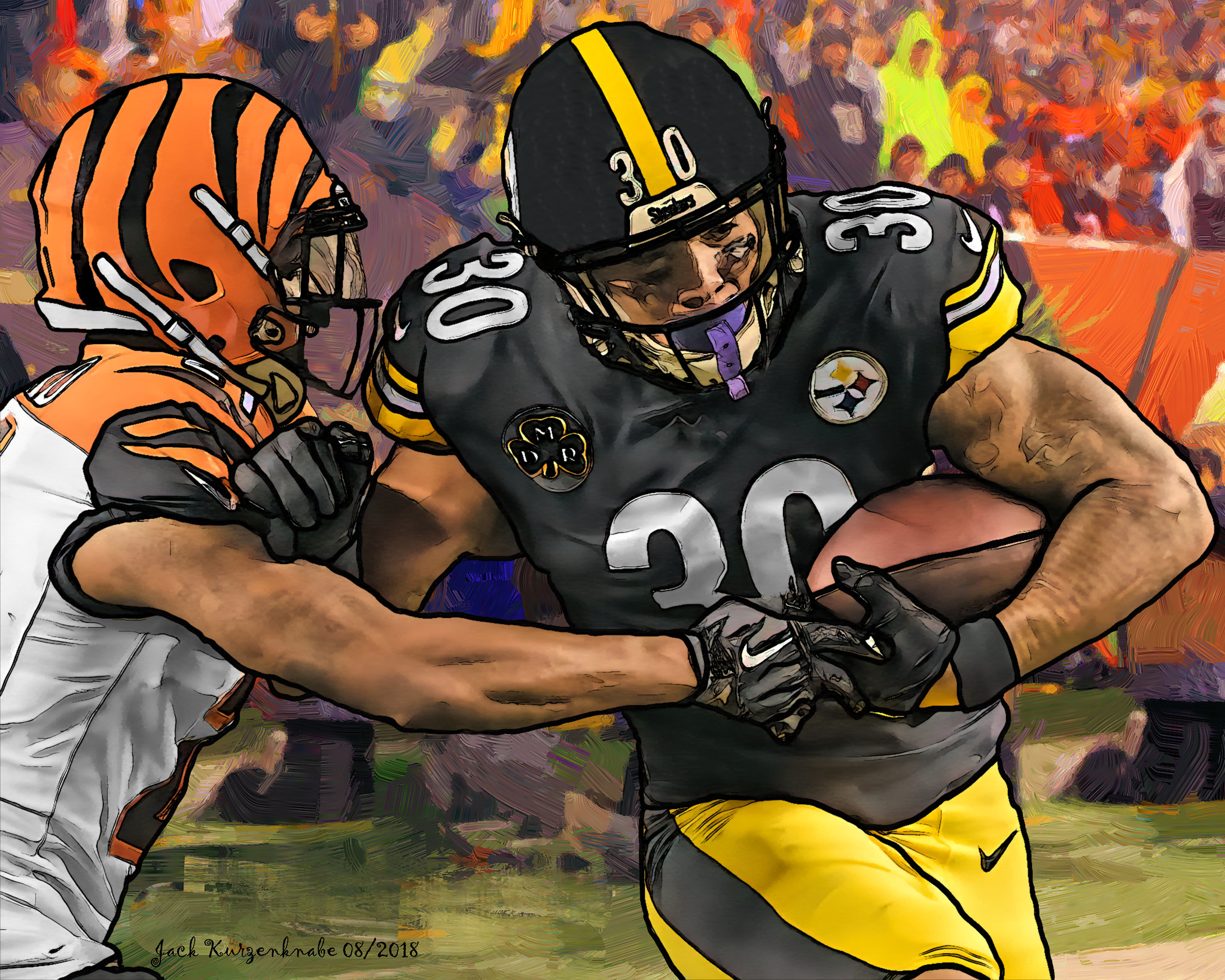 Can James Conner Improve His Productivity?

The 2021 NFL free agent class might be the most intriguing class in recent memory. There are many star veterans and young franchise players who could potentially be playing for a new team next year. Some notable veteran free agents such as Patrick Peterson, Von Miller, and A.J. Green, while some young franchise players like Dak Prescott, Allen Robinson II, and Brandon Scherff are set to hit free agency.

However, there are other players in this free agency class who are flying under the radar. One of those unrestricted free agents is Pittsburgh Steelers running back James Conner. His four-year, three-million-dollar deal that he signed at the beginning of his rookie year in 2017 has come to an end. After a rather disappointing year for Conner and the Steelers, the 25-year-old now finds himself in a rather interesting situation.

The Steelers aren’t known for rushing attack as they were last in the league in rushing yards (1,351) and yards per game (84.4) and ranked 28th in rushing touchdowns with 12 in 2020. However, Conner could still be an asset to a team that needs a backup running back to add to their rushing attack.

The young running back has plenty to prove if he finds a new home. He does run with power, can catch out of the backfield, and can provide his services as a blocking back from time to time. But consistency is what he lacks and a chance of scenery could help in that regard. With that being said here are three potential landing spots for James Conner.

New York could benefit Conner greatly. The Jets were another team that struggled to rush the ball as they ranked 23rd in rushing, garnering 1,683 yards on the ground. They also ranked 24th in yards per carry with 4.1 yards per rush. It’s safe to say that the Jets could use some help on the ground.

The Jets need a resurgence in the ground game and James Conner could help tremendously. The Jets currently have the running back legend Frank Gore, Ty Johnson, and Josh Adams as their top three running backs on New York’s roster. Conner could not only lead the attack but also benefit from Gore acting as a mentor to him.

With plenty of cap space to utilize, the Jets are expected to be an aggressive team this offseason in free agency. Keep in mind they also have the second overall pick in the 2021 NFL Draft. If New York decides to take a quarterback with that pick, it would be wise to provide the young quarterback with offensive weapons. New York is should be a top destination option for James Conner.

No, he will not be starting over the franchise running back Josh Jacobs, but he could be extremely reliable as his backup. Las Vegas isn’t the best rushing team, but they were better than more than half the league in some rushing categories. The Raiders were in the 14th in rushing yards with 1,916 yards and were tied sixth in rushing touchdowns with 20.

Adding Conner to the rushing attack would not only bolster their numbers but would also make Las Vegas a tougher team to stop on the ground. Along with Josh Jacobs, the Raiders already have Devontae Booker and Theo Riddick on the roster as well. Las Vegas could sign Conner and release the 35-year-old Theo Riddick. That would make this team younger and tougher in the ground game.

Conner could also benefit from having a more mobile quarterback in Derek Carr as well. Ben Roethlisberger is not known for his running, so it was obvious that the only yards garnered on the ground would come through the Pittsburgh running backs. Being a team with a mobile quarterback alongside talented and young running backs could be beneficial for James Conner’s career. Las Vegas is a subtle landing spot for James Conner.

This all depends on if free agent Chris Carson decides to leave Seattle, if the team can find a way to resign him, or if another team is willing to pay him more than the Seahawks. If Carson does decide to leave, James Conner would be a solid replacement who would work well alongside Carlos Hyde. The Seahawks also have a rotational running back system, which would be a great fit for a running back like him.

The Seahawks were 12th in total rushing yards (1,971) and 12th in rushing yards per game (123.2) but accumulated 15 rushing touchdowns for the whole season which ranked 20th in the league. For a playoff team, those numbers should be significantly better. If Russell Wilson isn’t either traded or willingly decides to leave Seattle, Conner could benefit by playing with another talented veteran quarterback.

Along with other lethal offensive weapons such as DK Metcalf and Tyler Lockett, he would benefit in a free-flowing and high-paced offense. However, the only thing barring a James Conner signing to Seattle is that they have a plethora of running backs on the roster. The running back depth chart currently consists of Chris Carson, Carlos Hyde, Alex Collins, DeeJay Dallas, Rashad Penny, and Travis Homer. If Seattle is serious about strengthening their rushing attack, Seattle could be another landing spot that would help Conner’s productivity.