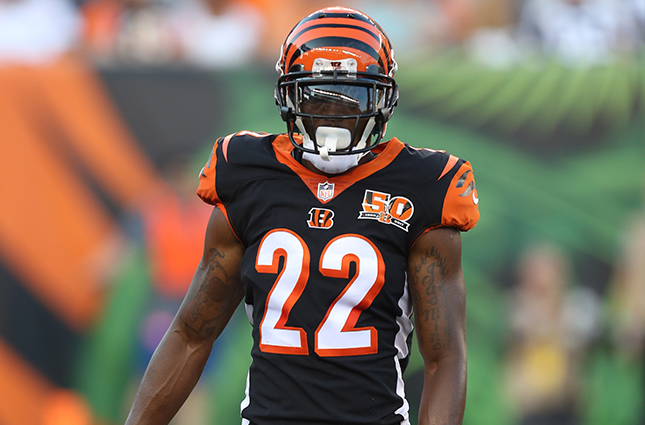 William Jackson is a potential free agent this offseason, and if he hits the market, is arguably the best cornerback available in free agency. Playing for the Cincinnati Bengals throughout his career, Jackson has emerged as an elite corner in the league. In the 2020 season, Jackson finished with 45 total tackles, 11 pass deflections, and one interception.

During an odd cap year due to Covid-19, the projected cap total is $180 million. This will be something franchises around the league will be paying attention to. With William Jackson being a top corner available in the free agency pool, expect him to receive many offers.

Here are the top three destinations for William Jackson.

William Jackson remains as a Bengal?

The best-case scenario for Jackson would be to remain on the Cincinnati Bengals. This franchise would be retaining their top corner, which makes the most sense as the Bengals continue rebuilding their roster.

Furthermore, he’s already familiar with the Bengals’ defensive scheme. It could be a grave mistake if this franchise lets him go, as their cornerback position would suddenly need to be filled with someone else.

Chris Roling dives into what the market might look like for all-star corner, “Jackson, still just 28 years old, has shown flashes of elite boundary corner play over the years and teams will surely bid on him in the hopes of unlocking that.” With that said, Cincinnati better prepare to re-sign him, or else he’ll have plenty of suitors making him offers.

Kevin King is possibly on his way out. He did play decent throughout the year but seemed to be one of the reasons why this franchise lost in the playoffs against the Tampa Bay Buccaneers. Rather than bringing back an inconsistent player, Green Bay should invest in William Jackson.

For the Packers, cornerback is by far one of their biggest needs. Freddie Boston touches base on just how important it is by stating, “Even if King returns, depth is a concern at corner. But with King potentially leaving in free agency, this is by far the biggest area of need for the Packers this offseason.”

Signing William Jackson could potentially give the Packers the best duo corners in the league. With Jaire Alexander lined up on the opposite side, not much is going to get by the Packers’ secondary. This would be a difficult sign, as Green Bay is strapped for cash.

The final team on this list is the Seattle Seahawks. They finished the season with one of the worst pass defenses in the league, giving up 4,560 yards through the air, the second-most in the league.

Even with Russell Wilson dominating headlines right now, the front office still needs to focus on improving the rest of the roster. Their passing defense was so poor, that the coaching staff lost faith in the unit as a whole. “Seattle’s 2020 cornerback group played at a poor standard for too much of the season. It led to the Seahawks’ coaching staff visibly lacking confidence in the players to execute their base schemes, resulting in whacky play calls and poor results.”

Signing William Jackson could be exactly what this defense needs. With Jamal Adams playing safety, this secondary should improve immensely if the front office pulls through.