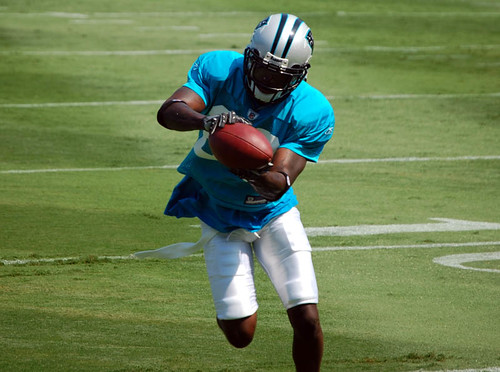 Who Will Carolina Target in Free Agency?

The Carolina Panthers enter a 2021 free agency period where they will not only have to continue building their defense, but they will have a few more holes on offense to fill. With $15.7 million in cap space (15th in NFL), Matt Rhule will have to find a few more pieces to his puzzle on offense.

From the surface, it appears that the Panthers have the best RB in the league and a Top 5 WR duo. This is true, but they will be aching for depth — which showed to be important with the injury to Christian McCaffrey last year.

At running back, Mike Davis is a soon-to-be a free agent. Davis had 642 yards, six touchdowns, and averaged 3.9 YPC in 2020. The WR position is highlighted by Robby Anderson and DJ Moore, but the third WR spot will be a huge question mark — Curtis Samuel is a free agent and it seems likely he will cash in elsewhere.

We all know the RB/WR spots will be mainly responsible for keeping the chains moving, but it’s also vital to have a go-to TE. The Panthers need to upgrade from their 2020 TE set, regardless of the situation with the players on the roster. Ian Thomas was the leading TE with 145 yards, while TE Chris Manhertz will be an up-and-coming free agent. The Panthers have mightily struggled in terms of production from the TE, so expect a sure fire free agency acquisition at TE.

With this being stated, which profiles should the Panthers seek out on offense? I’m going to untwine the strong candidates for the Panthers to sign.

The Panthers should know firsthand how electric ex-divisional Saints TE Jared Cook was over the last two years. Cook showed out for the Saints with 16 touchdowns in his tenure with Drew Brees.

Cook also recorded 16.4 YPC and 13.6 YPC (two of the three highest YPC) for the Saints short passing game. This doesn’t only show that the Saints effectively used Cook’s ability, but it goes to show he still has plenty of juice left.

The Panthers could likely get a good deal out of the 33-year-old TE. If the Panthers want a vertical threat at TE to capitalize on-off the play-action, there may not be more attractive options during “free agency” than Cook.

The Panthers should not break the bank at the RB position. It would make a lot of sense for the Panthers to bring in a veteran RB to replace Davis, while also drafting a RB in the middle of the draft this year.

As for bringing in a prove RB to fit Brady’s offense, look no further than Dion Lewis. Lewis didn’t quite garner the expected load when Saquon Barkley went down, but he’s still a very proven RB and he showed it well from 2017 to 2018.

Lewis had 896 rushing yards for the Patriots in 2017 and then Lewis was a dangerous receiving asset for the Titans with 400 receiving yards in 2018. Lewis can be a reliable addition to the Panthers backfield. He’s not a sexy pick, but the 30-year-old is a great fit and he could be more efficient when used less.

I would love this free agent signing for the Carolina Panthers. The Panthers may seem like they’re in a rebuilding process, but that’s not entirely true. Christian McCaffrey has a few “elite” years left, they’re invested heavily in other weapons like Anderson/Moore, and the Panthers seem destined to acquire a high talent at QB.

TY Hilton may be the best all around offensive free agent target for the Panthers in the stingy NFC South. Hilton could also be that extra chess piece that helps attract a QB to play with the Panthers.

Hilton falls into that second-tier category of free agent WRs. Corey Davis, Will Fuller, Kenny Golladay, Curtis Samuel, and Chris Godwin (if he doesn’t stay) are just a head of Hilton and will likely garner heftier contracts.

It may seem like the Panthers should just keep Samuel if they opt to go big at WR, but that may not be the best way to go. Samuel did a lot of his damage not just from the WR spot, but also from the RB position when CMAC went down. That will be less demaning for Samuel looking ahead. Not only that, but one could argue Hilton would be a more attractive player for his deep threat ability with a potential strong arm QB in the fold.