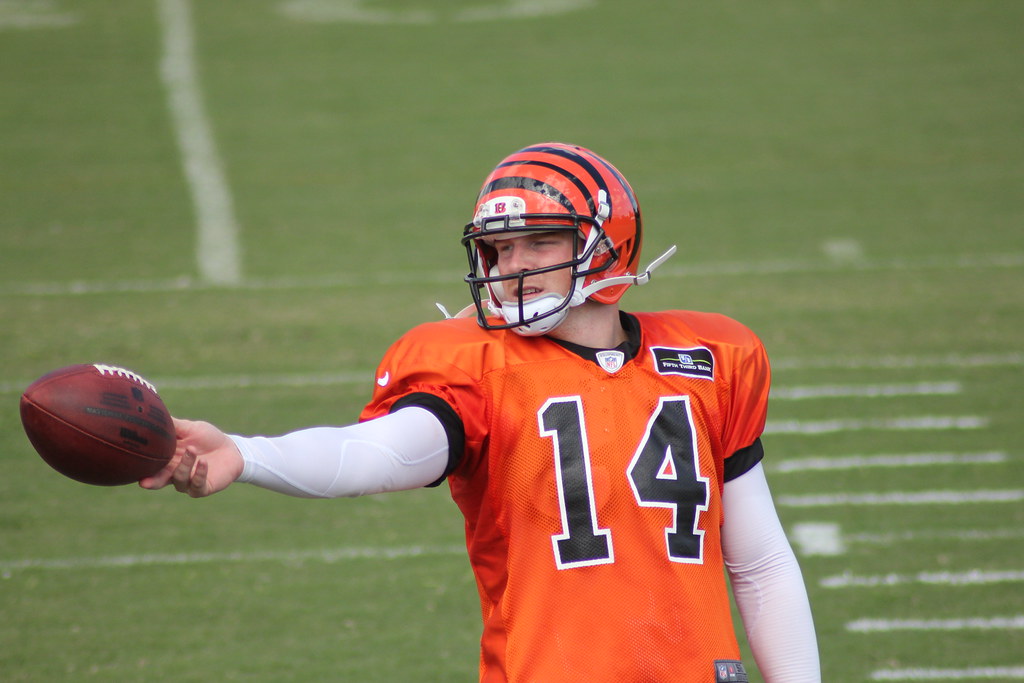 After filling in for an injured Dak Prescott, Andy Dalton stepped in as the starting quarterback for the Dallas Cowboys. He started nine of the 11 games he played in, finishing with 2,179 yards through the air along with 14 touchdowns. His 64.9% completion percentage has some thinking Dalton has the potential to be a starter next year.

The Red Rifle stepped up in a big way, even though the Cowboys wound up missing the playoffs completely. He at least kept the ball moving through the air and proved to the league he’s still capable of playing football.

There are a few teams that stick out as potential landing spots for the former Cincinnati Bengal. However, with a deep rookie quarterback class in the NFL draft, Dalton may have to consider being a backup for the time being, with the possibility of starting down the road. Here are three destinations Andy Dalton could be playing for next year.

The Washington Football Team makes the most sense for Andy Dalton to sign with during the offseason. It’s unclear as to what this franchise is going to do with the QB position after signing Taylor Heinicke to a two-year extension.

Washington has been involved with trade rumors surrounding Deshaun Watson, but a trade doesn’t seem likely for this franchise. It’s also speculated they draft a rookie this year as well, however, they need another wide receiver to really put this offense over the top. Considering they gave Heinicke a two-year deal, might mean coaching staff likes him enough to give him a shot. It’s possible Washington signs, Dalton, as a veteran backup/potential starter.

According to Mike Fanelli’s article, he seems to agree with the idea of Washington signing Dalton this offseason. “Fans might not like this, but if Washington strikes out on the trade market for a quarterback, Dalton is a solid backup plan. He has starting experience and played well as the starter in Dallas last season.” It’s a situation that makes sense for this franchise, as they have a chance to build a solid roster around the QB position for next year.

Considering Dalton played decently enough filling in for Prescott might mean the franchise decides to keep the Red Rifle around for one more year. Especially considering the uncertainty surrounding Prescott’s contract situation, bringing back Dalton would be a smart move, giving the Cowboys some insurance in case things go south with Prescott.

Gino Terrell liked what he saw in Dalton last year, writing a piece in his article claiming, “Despite a slow start, Dalton has looked impressive behind center ever since he led the Cowboys to a clutch victory over the Vikings in Week 11.” As I mentioned before, this last season was a great way for Dalton to prove to the league he can still play.

Furthermore, Dalton is already familiar with the playbook and has built chemistry with the team as well. He’s a veteran guy that can get the job when his number is called. Whether he resumes his backup role or becomes the starter due to a Dak Prescott departure, Dalton can keep Dallas competitive in a weak NFC East division.

Last but not least is the Denver Broncos. Another franchise whose name has been tossed around the NFL rumor mill like a beach ball at a Nickleback concert. Denver might be interested in acquiring Andy Dalton if things don’t work out as planned.

The recent news of George Paton talking highly of Drew Lock might mean the front office plans to keep Lock for another year. It seemed rather clear Paton likes what he sees, as Chad Jensen provided a quote in his article: “I did a deep drive on Drew,” Paton said on Thursday. “Like I said in my [introductory] press conference, [he’s] very talented. He was inconsistent at times and has a lot to work on, but I’ve spoken with Drew. I see him every day. He’s here early and he’s working.”

This wouldn’t be a terrible situation for Dalton. He’d be coming onto a roster with plenty of talent on offense. Jerry Jeudy and Noah Fant are both young studs, while the return of Courtland Sutton makes the QB job even more enticing. Dalton would likely start the year as the veteran backup, however, if Lock fails to develop, Dalton could take over the Broncos’ reigns.