Fantasy Football: 3 RBs Over 28 to Buy 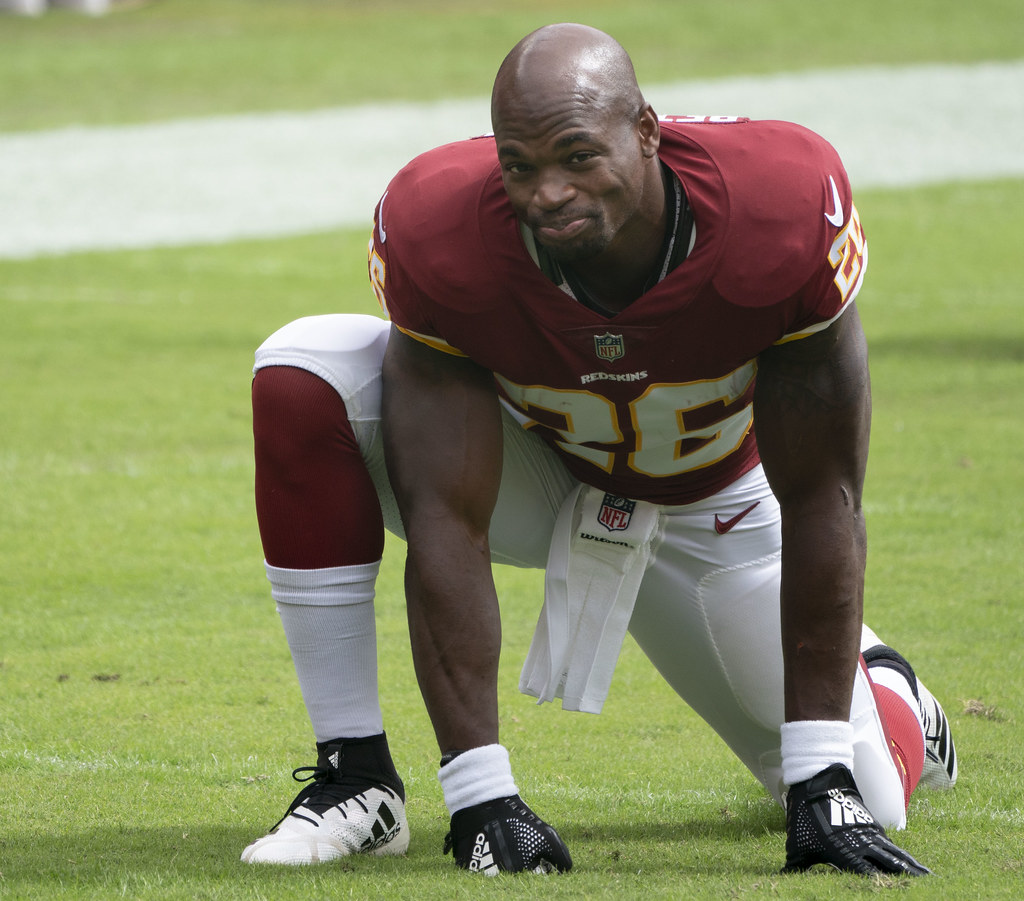 Age is a huge factor in Dynasty leagues, especially at the running back position. According to statista.com, RB’s have the lowest average career length across all offensive positions in the NFL at only 2.57 years. This only gives you a short period of time to utilize running backs on your Dynasty team, making age one of the top factors to consider. But, some RB’s do last a lot longer in the league than the average. Older running backs may not bring longevity to your team, but can still produce great numbers for your roster and be a year-long filler for next year’s rookie. Even though they may still be producing, the stigma of age still lingers in managers minds – which makes these older RB’s cheap in trades. Buying these RB’s at a cheap price while they are still putting up points every week can help you go win a championship. Here are three running backs, over the age of 28, that you should buy in Dynasty.

David Johnson was a part of a blockbuster deal between the Cardinals and the Texans that will be criticized for years to come. Despite the Texans awful situational position they have put themselves in for the future, they still have a competent offense. They may not be winning games, but will still be putting up fantasy points for your Dynasty team. DJ finished as the RB 21 in PPR leagues in 2020. This is especially impressive because he missed a total of four games with minor injuries. The 29 year old rushed for 691 yards scoring six TDs. What’s surprising is that even with age, he is still catching passes out of the backfield. In his healthy games, Johnson averaged four targets, and even had an 11 catch game for 106 yards in Week 15.

David has a good relationship with the Houston organization and took a pay cut in a restructured deal for 2021. His contract is one year for 4.25 million guaranteed, with a potential of $6 million in total. With the Texans cutting Duke Johnson and signing FA veteran Mark Ingram, the Texans show that they are giving DJ the bell cow role until the wheels fall off. Cutting a pass catching back like Duke also means more passing work for Johnson. Not to mention, if Watson ends up holding out, the Texans will be focused on the ground game and short yardage passes rather than using a backup QB for the deep ball. More opportunity awaits for Johnson in 2021, so expect to see him repeat 2020 – if not produce even more. DJ is largely forgotten about in Dynasty leagues, so send out some offers to buy him.

Raheem Mostert is part of a rotating carousel in the run heavy offensive of Kyle Shanahan in San Francisco. Mostert signed a 3 year deal with 49ers in 2019. Injury plagued Mostert in 2020, but he’s believed to be the starting RB in SF – which of course is subject to change in the offseason. Mostert only played 8 games in 2020 at a mere 45% snap count. Dealing with knee and ankle injuries throughout the entire season, Mostert never was at 100% in 2020 even in the games that he played. Before any injury, in Weeks 1 and 2, Raheem put up monster numbers in the run and pass game, scoring 23.1 points and 17.7 points in ½ PPR. Now fully healthy, expect Mostert to return to this form in 2021. Barring any big offseason moves, Mostert only has to compete with Jeff Wilson Jr. and Jerick McKinnon, who is now an unrestricted free agent. 2020 left managers disappointed in Mostert, and at 28 years old they are ready to move on. Take advantage of this and scoop him up for cheap – you could be getting a bell cow back for a low price. Raheem Mostert is a buy in Dynasty leagues.

Fantasy wise, there isn’t anything bad you can say about Adrian Peterson. At almost 36 years old, he has outlasted many people’s expectations. Despite his old age and limited playing time, Peterson finds ways to produce. In 2020, he averaged a snap count of about 30%. As little as this is, he managed to rush for 604 yards with seven TD’s, along with another 101 in receiving yards. Coming off a decent season with the Lions, Adrian is now a free agent – and looking. AP has publicly stated that he wants to play until he’s 40, win a Super Bowl, and beat Emmitt Smith’s rushing record. While this is highly unlikely, Peterson will most likely be picked up by a team needing a veteran presence in their backfield as a depth piece. Not to say that he’s going to have the lead role on any team in the NFL, but if your Dynasty lineup is severely lacking on RB’s, Peterson is dirt cheap and could be a filler piece in deeper leagues. Valued at around a 4th round rookie pick, his drive and determination outweigh his age, making him a buy.

CB Free Agent Targets For Minnesota Vikings
Why The Eagles Should Give Jalen Hurts a Chance
wpDiscuz
0
0
Would love your thoughts, please comment.x
()
x
| Reply