Why The Eagles Should Give Jalen Hurts a Chance 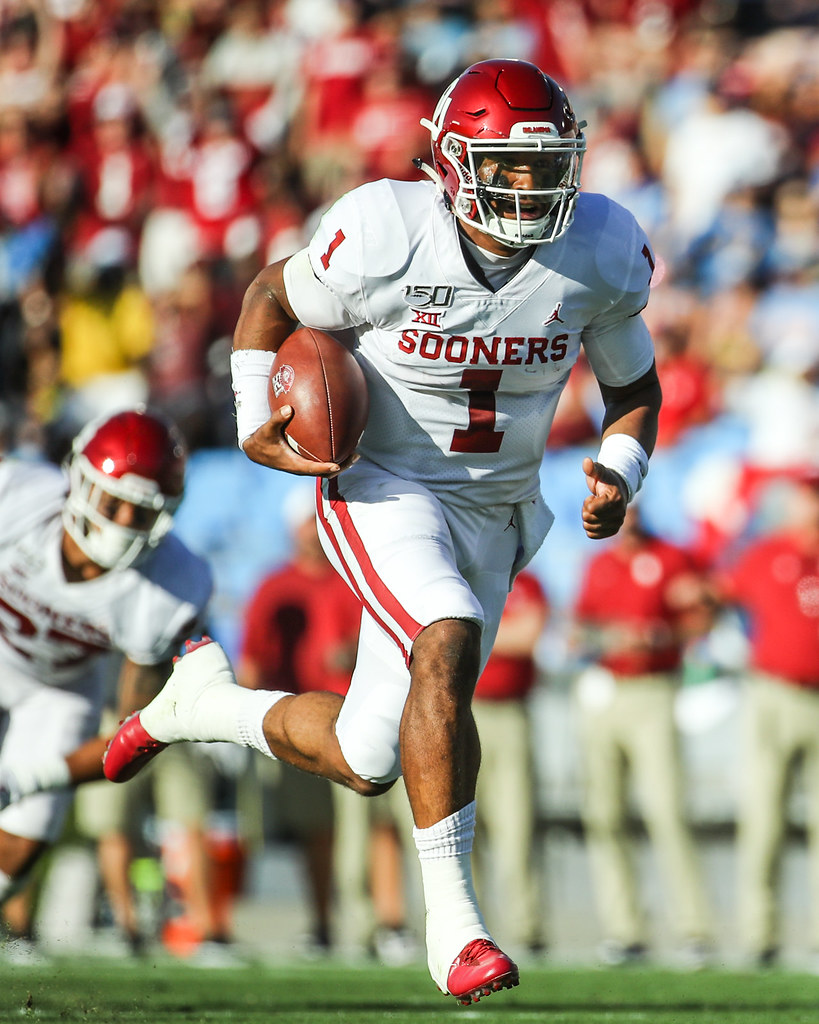 Why the Eagles Should Give Jalen Hurts a Chance

Here we are about two months to the draft, slightly unsure of where to go as a franchise moving forward. I’m proposing an idea though. How about, we don’t have a quarterback controversy. For once, let’s throw all of our support as an organization and fanbase behind one guy. Let’s give Jalen Hurts a real chance to prove that he can be our next franchise quarterback.

Jalen Hurts is the perfect embodiment of Philadelphia. He is tough as nails. He does not back down from pressure, doesn’t cower from adversity. Hurts has seen his fair share of adversity, a lot more than the average quarterback prospect.

In 2016, Jalen Hurts became the first true freshman to start at quarterback for Alabama since 1984. He led the Crimson Tide to the National Championship where they would lose to Deshaun Watson’s Clemson Tigers. The next year at the National Championship, Hurts would be benched at halftime. His spot as a starter at Alabama was no more. He didn’t create controversy, sticking with Alabama the next year before transferring to Oklahoma for the 2019 season. Given a chance to be a starter again, Hurts brought the Sooners to the college football playoffs and finished second in the Heisman race.

Jalen Hurts showed throughout college why he has the intangibles to be a star quarterback in the NFL. There’s much more to being a quarterback in the NFL than just straight up on field ability. You have to have the intangibles as well. You have to be able to rally your men and lead them to victory. Jalen Hurts the past year has been praised tremendously for his great leadership. Hurts has been praised by coaches, teammates, and nearly every media member who has come into contact with him.

Philadelphia is one of the hardest places to play in. As Jason Peters said, Philadelphia will eat you up if you don’t bring it. You need to be able to bring it every down, have the mental and physical toughness, leadership ability, and overall it-factor. Ultimately Jalen Hurts has proven over the years that he is bred to thrive in a place like Philadelphia.

Of course you need to be able to play the game of football. Just being a great guy and leader doesn’t make you a starting quarterback. You still have to show something on the field. I believe that given his small sample size, with the situation he was in, Jalen Hurts showed enough to warrant a shot at the job.

Despite not having the best of receivers, an injury ridden offensive line, and head coach that was on his way out of the door, Jalen Hurts still managed to have some magical moments in his 3 ½ games as the Eagles starter. In his first game as a starter, he willed the Eagles to a 24-21 win over the then 10-2 New Orleans Saints. He has over 100 yards  on the ground.

The next week he battled Kyler Murray and the Cardinals, throwing for over 300 yards and three touchdowns in a close loss. The next game against Dallas wasn’t his best, maybe calling only six rushing plays in the 2nd half wasn’t the best idea, but he still battled and threw for over 300 yards. It wasn’t all pretty but he was a young quarterback without a preseason, thrown into the fire without much help who showed a lot of grit and good play.

Is Jalen Hurts the future of the Philadelphia Eagles? Is he the next star franchise quarterback who’s going to lead the Eagles back to greatness? In all honesty, nobody knows yet. Nobody knows that he isn’t that possible franchise quarterback for the Eagles though. No player can be judged based on just four starts. Peyton Manning threw 11 interceptions in his first four games. Russell Wilson threw as many interceptions as touchdowns and did not eclipse 200 passing yards in any of his first four games.

Maybe Jalen Hurts isn’t going to be as good those guys, but imagine if they were written off after just four games. Imagine if no quarterback was given time to grow and develop. Hurts has shown you a lot of bright things though a ton of uncertainty and he deserves the shot to prove himself next year.