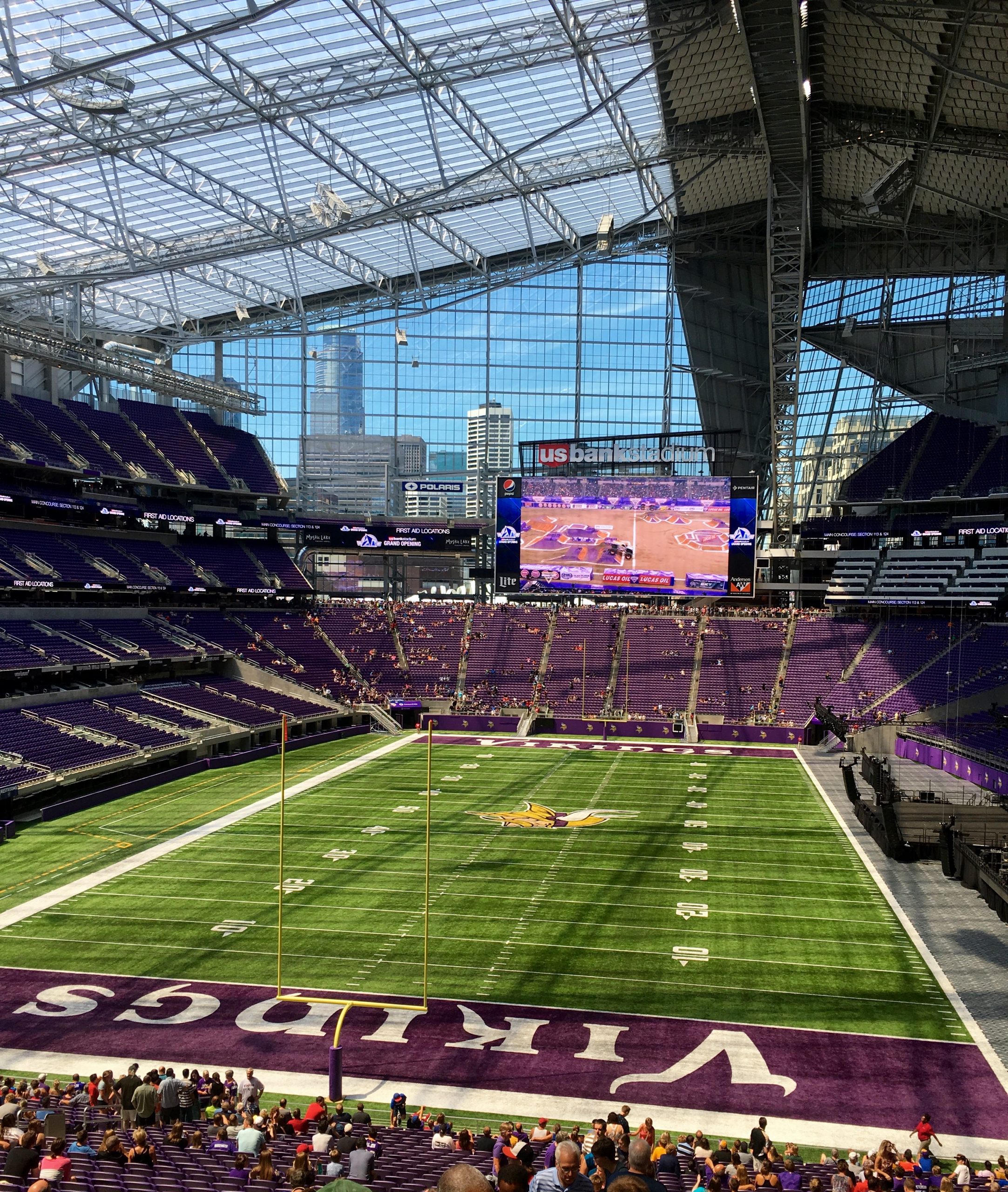 How Can the Vikings Make the Playoffs Next Year?

The Minnesota Vikings enter the NFL offseason searching for ways to improve the team. They finished with a 7-9 record, ending the year in third place in the NFC North. The Green Bay Packers are the kings of the north for now, but the Vikings aren’t too far away from fighting for the throne.

The offense was much more efficient than the defense. For the Vikings to improve, they’ll need to find some solid players to improve the defense, while potentially finding another wide receiver to put the offense over the top. Kirk Cousins hasn’t been terrible, but finding another receiver to line up with Justin Jefferson and Adam Thielen could be what this team needs to thrive.

Minnesota had one of the worst defenses in the league. They allowed 4,141 yards and 30 touchdowns through the air alone, ranking them in the bottom portion of the NFL. They couldn’t stop the run either, as they allowed 2,151 yards and 19 touchdowns. Opposing offenses did whatever they wanted, which prevented the Vikings from winning games. They have to bring in high-quality defenders if they want a chance to win the NFC North. Here are three dream targets for the Minnesota Vikings.

Bud Dupree has been a prolific pass rusher throughout his career, and 2020 was no exception. Despite tearing an ACL and missing time, Dupree still managed 31 total tackles, eight sacks, and two forced fumbles in an 11 game span.

He enters the offseason as one of the top edge rushers available in free agency. His abilities would provide the Vikings the help they need to improve their pass rush next year.  He’s a stellar player, and Matthew Marczi seems to agree, saying, “Bud Dupree isn’t a player who has ever made a Pro Bowl. At the same time, he is certainly one of the more productive edge rushers hitting the open market, particularly over the span of the last two seasons.”

The injury is a reason for concern, but in this day and age, torn ACLs aren’t as serious as they used to be. Considering the Vikings only managed a measly 23 sacks, which Dupree can help increase immediately.

Signing Will Fuller Elevates the Offense to a Whole New Level

The Vikings’ offense was the bright spot during the 2020 season. Dalvin Cook did Dalvin Cook things, and the emergence of Justin Jefferson provided Minnesota a boost in the passing game not many were expecting. The defense needs help, but signing a receiver like Will Fuller would elevate the offense towards the top of the league. He finished with 53 receptions, 879 yards, and eight touchdowns, all of which are career-highs for Fuller.

Chet Gresham with Draft Kings Nation recognized Fuller’s achievements last season, stating, “Fuller was easily having his healthiest and most productive season in 2020 when he was popped for PED usage and missed the last five games and the first game of the 2021 season to suspension.”

Fuller is a speedy receiver that provides a deep field threat. He’s the type of player that could open up the offense even more so and potentially create larger run lanes for Dalvin Cook. His speed is essential and would force opposing defenses to play deep, allowing for other targets to get open underneath in the secondary. This would be a luxury acquisition for the Vikings, as signing Fuller would make the offense even better overall.

Focusing on the defensive side of the ball once again, the Vikings would benefit from signing an inside linebacker. Jayon Brown enters free agency as one of the best linebackers available and could give Minnesota some versatility in the position. Before suffering from a season-ending injury, Brown finished with 76 total tackles, two forced fumbles, and one interception.

The Tennessee Titans would likely prefer keeping Brown on the roster, but Justin Melo with SB Nation brings up a solid point as to why they possibly let him walk. He explains, “The main argument as to why they should let Brown walk comes in the form of who would take his place: David Long, Jr., another Day 3 draft pick by Jon Robinson. Long did an excellent job replacing Brown down the stretch in 2020.”

For that reason, Brown should be available and would be an excellent signing for the Vikings. He’s a tackle machine and plays well in coverage. It took him a few years to become accoladed as a starter, but once he earned the role, Brown played as a consistent inside linebacker. He’d provide Minnesota solid play within the front-seven.