Top 5 Trades That Need to Happen Before the NFL Draft 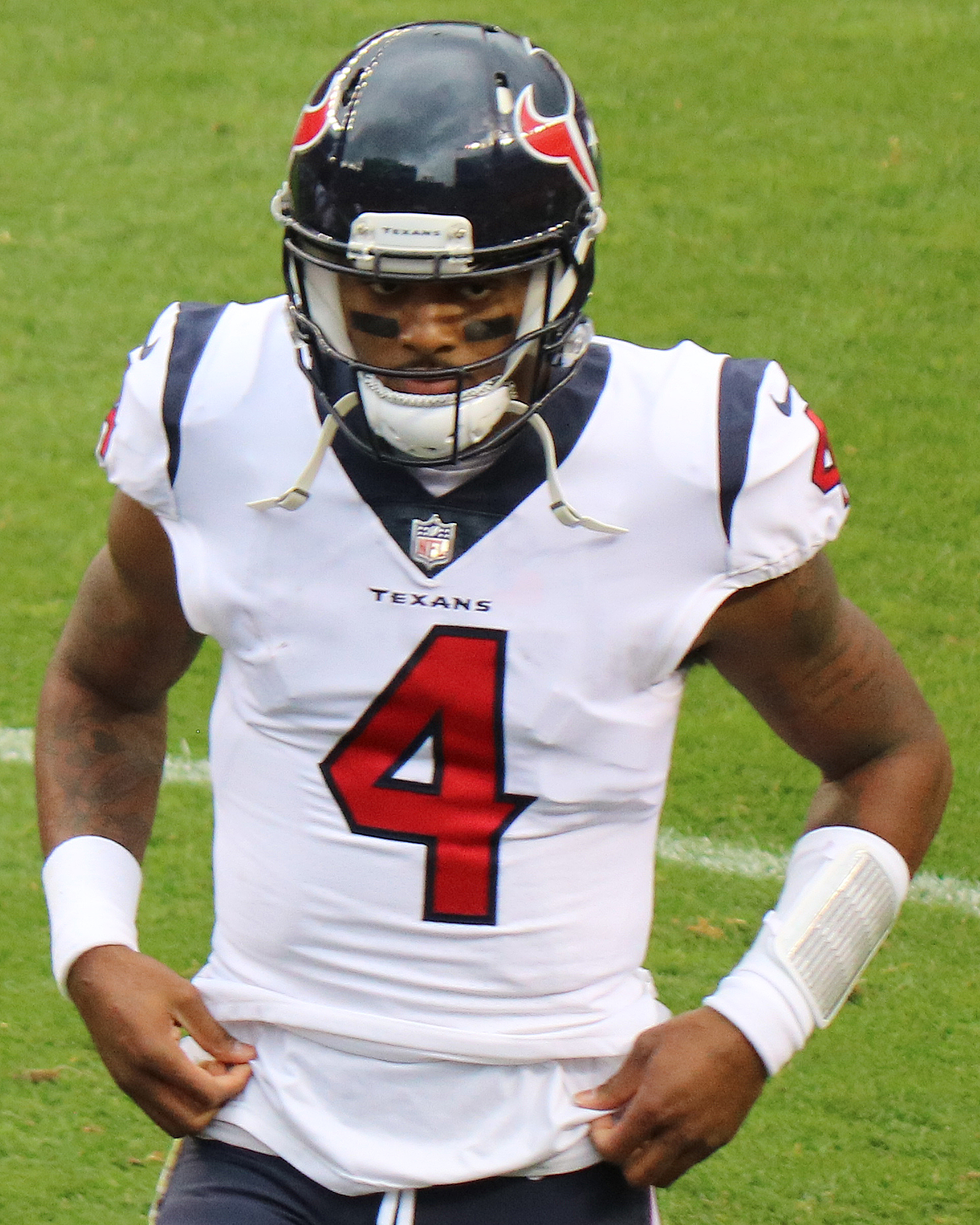 Will There Be Another Block Buster Trade

The NFL offseason is officially under way, as all 32 franchises are making offers to free agents. The NFL draft is around the corner as well, so teams are competing to improve their rosters for next year. However, the free agent pool and the draft aren’t the only way teams can improve. There are plenty of trade rumors swirling around the rumor mill right now, and there is potential for multiple trades to happen soon.

The Denver Broncos could be in the market for a new quarterback, as Drew Lock hasn’t been the most reliable player the last two years. Additionally, the New York Giants should be searching to upgrade their wide receiver room. Considering the free agent market, their best bet could be a trade. Also look for the Tennessee Titans to potentially make a move on a cornerback, as they’re restructuring the defense completely. The Jacksonville Jaguars have a young core, but they’ll want a veteran pass catcher to help Trevor Lawrence’s development. Lastly, the Chicago Bears could still be on the move for a quarterback, even after signing Andy Dalton.

Here are five trades that need to happen before the NFL draft.

Deshaun Watson to the Denver Broncos

It’s no secret Deshaun Watson is displeased with the Houston Texans. He’s been demanding a trade since the beginning of the offseason, but Houston is standing firm on keeping him. With Watson finishing with 4,823 passing yards, 33 touchdowns, and a 70.2% completion percentage, it’s no wonder the Texans aren’t eager in trading him.

The front office recently signed Tyrod Taylor to a one-year deal. Houston seems to have acquired their insurance plan, but this could also mean a trade happens soon. The Denver Broncos should be all over a potential trade for the superstar quarterback.

The Broncos have been poking around for quarterbacks this offseason and Watson has been linked to them from the beginning. There is reason to believe the Broncos become a legitimate playoff team with Watson under center. With Courtland Sutton, Jerry Jeudy, and Noah Fant running routes, Watson will have plenty of weapons to play with. Additionally, the Broncos have a better offensive line as well, which bodes well for Watson.

Another player unhappy with their current situation is Allen Robinson. The Chicago Bears gave him the franchise tag, but Robinson refuses to sign it. He’s been a superstar throughout his career and last year he proved that once again. Robinson ended the 2020 season with 102 receptions, 1,250 receiving yards, and six touchdowns.

Robinson has been sending cryptic tweets the last few weeks and he clearly wants out of Chicago. He’s a fantastic wide receiver who has never had a great quarterback throwing him the ball and is looking for a new place to call home. The New York Giants are in need of a receiver and could be a great landing spot for the six-year veteran.

Daniel Jones isn’t an elite quarterback, but he still has some potential to become a great one. Allen Robinson would open up the passing game in New York, making the offense much more explosive than it’s been for years. Jones would finally have a true WR1 out wide, giving the Giants a much better chance at winning the NFC East.

Stephon Gilmore to the Tennessee Titans

Stephon Gilmore had a bit of a down year for the New England Patriots, but that was more due to injury than anything else. He finished with 37 total tackles, three pass deflections, and one interception. The 2019 Defensive Player of the Year has been rumored to be available via trade this offseason.

The Tennessee Titans would be a perfect match for Gilmore. He’d be entering a defense that would allow him to play in a scheme that fits his style, and with the recent release of Adoree’ Jackson, Tennessee is in a need of a top cornerback to be competitive.

Gilmore is 30 years old and might not reach that elite level of play we witnessed in 2019. However, he can still provide solid production in the secondary, which is something the Titans missed last year. He’d be a nice immediate improvement while the Titans likely draft a prospect as well.

Zach Ertz to the Jacksonville Jaguars

With the recent news of the Philadelphia Eagles giving Zach Ertz permission to seek a trade, the long-time Eagles’ tight end is likely playing for a new team next year. 2020 was a terrible year for Ertz, as he battled injuries throughout the season. He finished with just 36 receptions, 335 yards, and one touchdown.

Dallas Goedert seems ready to take over as the starter in Philadelphia, so Ertz’s departure makes sense. The Jacksonville Jaguars are attempting to build a solid offense for their future quarterback, and securing a veteran tight end would go a long way. Ertz may not be the same tight end he used to be, but he’d be a solid veteran for Jacksonville.

Sam Darnold to the Chicago Bears

It’s still unclear whether the New York Jets plan to keep Sam Darnold or not, but there are plenty of teams showing interest in him. Darnold hasn’t been consistent through his career, but not all of it is his fault either. He finished last season with 2,208 passing yards, nine touchdowns, and 11 interceptions.

The Chicago Bears recently signed Andy Dalton but considering he’s an aging veteran, it would be smart to bring in a younger quarterback as well. It could be a nice opportunity for Darnold, as he’d be on a new team and given a chance to compete for the starting spot. Chicago is out on Mitchell Trubisky and a rookie might not be the right answer. Darnold would be a nice answer for a potential starting quarterback next year, and the future.