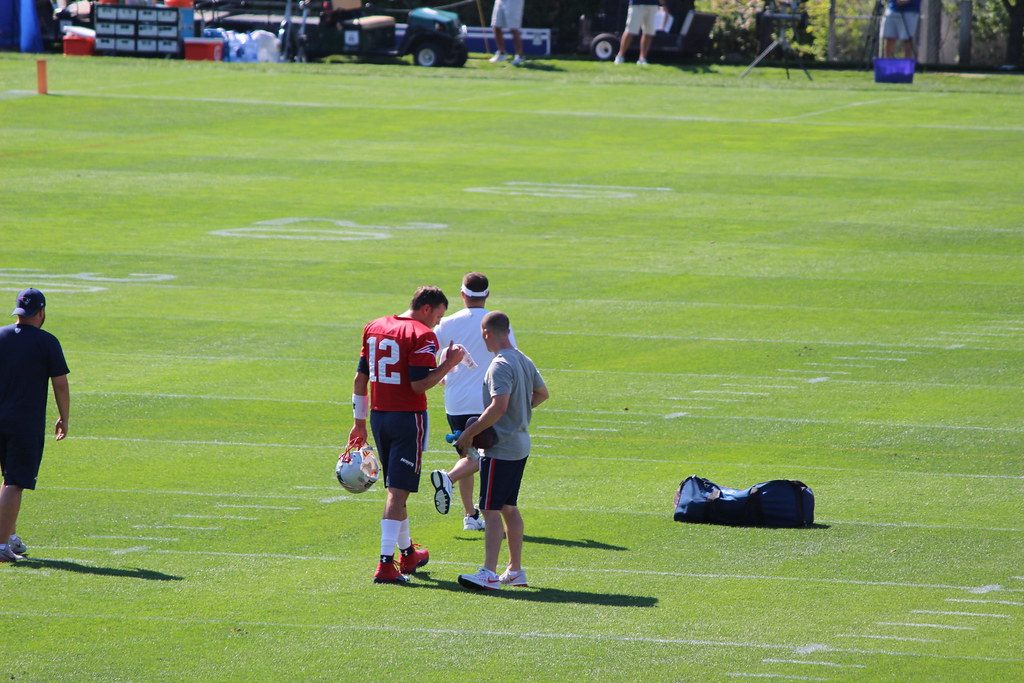 After the spending spree who does Bill Belichick have in mind?

At 4 PM ET today March 17, the official new league year begins for the NFL. Free agents and trades agreed in the time since the Super Bowl become official and many players will have new NFL homes. The legal tampering period officially started March 15, where teams can contact and agree to deals with players who are unrestricted free agents officially March 17th.

The clear and obvious winner of the tampering period is the New England Patriots. They’ve been very busy in the last few days to shore up the team needs and return to the playoffs after a disappointing 7-9 season this past year.

Historically we haven’t seen the Patriots spend big in free agency to rebuild. But they’ve been waiting for this year and are using the cap space available much more than in recent years. They’ve quickly handed out more guaranteed money in the first couple hours of the tampering window than the 2018-2020 offseasons combined.

Coming off the 2020 season the Patriots needed to address a handful of offensive positions. First and foremost the quarterback position. They had serious concerns with playmakers at the pass catching positions as well. With young players and little production we expected them to upgrade this group significantly. The other major offensive needs concerned the interior offensive line. Joe Thuney was a free agent until recently signed by Kansas City but David Andrews remains a free agent.

On the flip side of the ball, the defensive front needed replenishing. With the return of players opting out last year, Dont’a Hightower’s return will help greatly. Other linemen that will be returning via resigning are Carl Davis and Deatrich Wise Jr. The defensive back position was among the best groups for the Pats last season. However with JC Jackson still not locked in defensive backs may be needed.

Their activity in recent days has landed them players at positions and groups of need coming into the offseason. They had a huge question at quarterback, they are bringing Cam Newton back for another year. Although this is still a position of need a hole has been filled. They filled the pass catching need with the signing of two very good tight ends. Jonnu Smith and Hunter Henry who was one of my Patriots offseason targets awhile back. Jonnu Smith signed a contract to become the highest paid skill position player in Patriots history. Other pass catchers added were Kendrick Bourne and Nelson Agholor.

The offensive line was upgraded at the tackle position. The Patriots traded for Trent Brown who will be on his second stint with the Patriots. The line still needs upgrades after losing Joe Thuney. An elite interior lineman may be hard to replace but the positional flexibility of Onwenu can help and drafting or signing players at this group will be in the cards.

So far defensively the Patriots have focused on that front seven. They brought in players from division rival teams, Godchaux from the Dolphins, and Henry Anderson from the Jets. They also spent some money on upgrading the second level of defense on a versatile edge rusher in Matt Judon, who is a former Raven. The other defensive player added to the Patriots is Jalen Mills. Mills can play at all defensive back spots and was transitioning into a safety last year by snap count.

After all that spending which is still likely not done, who should the Patriots target in the upcoming draft?

The Patriots hold the 15th overall pick in the first round. Needs that seem imminent for the Patriots and a spot to spend the first rounder on include quarterback, a playmaker on offense, edge rusher, and cornerback.

Even though Cam Newton is signed he is not the future of this franchise. I do think he will be better this year than last. A full offseason heading into the season, a year of learning the offensive scheme, and vastly improved pass catchers will all be massive for Cam. However, Bernd Buchmasser of Pats Pulpit said it best, “Keeping him around as a veteran leader and mentor for a potential draft pick is a good move, but it does not change the overall urgency that a new franchise quarterback needs to be added soon.” Some guys that may be available for the Patriots to pick will be Trey Lance, Mac Jones, or Justin Fields. Mel Kiper has the Pats trading up in his latest mock to draft Trey Lance at 10th overall.

Jonnu Smith and Hunter Henry provide two playmakers for intermediate and short plays. Agholor is a deep threat and an outside guy who can make plays. Bourne is well regarded by scouts for being a good football player. One who can contribute in the run game by blocking and make contested catches. This group is still missing a guy to make it among the best. N’keal Harry has yet to develop as the big outside threat. I think they will use Jonnu Smith and Hunter Henry as a big pass catching option in the offense down in the red zone but they need another guy who can line up and win one on ones at a good clip.

I doubt guys like Smith and Waddle fall deep enough to land in the Patriots lap. However, pending the rest of free agency and what’s needed for the Patriots. They may be able to trade up draft day if there is a slide to snatch one of these guys.

Back in the Patriots Offseason Needs article, I penned two edge rushers who would be worth the first round pick. Today I still think both Gregory Rousseau and Kwitty Paye can fit the Patriots defense. Rousseau had 15.5 sacks during his breakout 2019 season for the Miami Hurricanes. He opted out in 2020 but his upside is too intriguing to pass up. As a Canes fan, I’ve seen his ability to wreck plays. He can make game-changing plays in the pass rush and is an interesting prospect. If Rousseau is not available another intriguing edge rusher is Paye. Finding a pass rush is amongst the top of the offseason to-do list and Paye, who is an athletic marvel, fits exactly what the team needs along the defensive line. In addition to these two guys, Micah Parsons is a fit. Parsons like Rousseau opted out of 2020 but is a versatile defender who can make big plays on all four downs.

Finally, the last group to spend the top pick for the Patriots on is a defensive back. Yes, they have two very elite guys in JC Jackson and Gilmore but the shutdown corner is always needed. Jackson remains a restricted free agent. The Patriots have yet to place a tender on him and are rumored to working a long term deal out. However, if it falls out and JC doesn’t return in a long term fashion there is a huge need. Gilmore suffered injuries last year and his play declined, as expected coming off a defensive player of the year nod. Gilmore’s contract also expires this year and will be 32 heading into free agency.

Jaycee Horn is likely the fit for the Patriots here. Horn is a physical, athletic playmaking cornerback who would add depth at the position. If the Patriots lock up Jackson they may use Gilmore as a trade piece. Horn can play in that spot and learn under two great corners while building for the future as well.

Other fits include top corners who may or may not be available at pick 15 are Patrick Surtain II and Caleb Farley. Surtain II is a big corner who can cover big receivers. Farley is a raw prospect who opted out of 2020 and comes in with some injury concerns.

For the rest of the draft, I expect New England and mastermind Bill Belichick to shore up the roster and add depth to the positions they don’t get in the first round as well as draft offensive linemen and a pass catching third down running back. Rebuilding with experienced veterans signed via free agency and grooming a young core could be the path to return to dynasty contention for the Patriots.