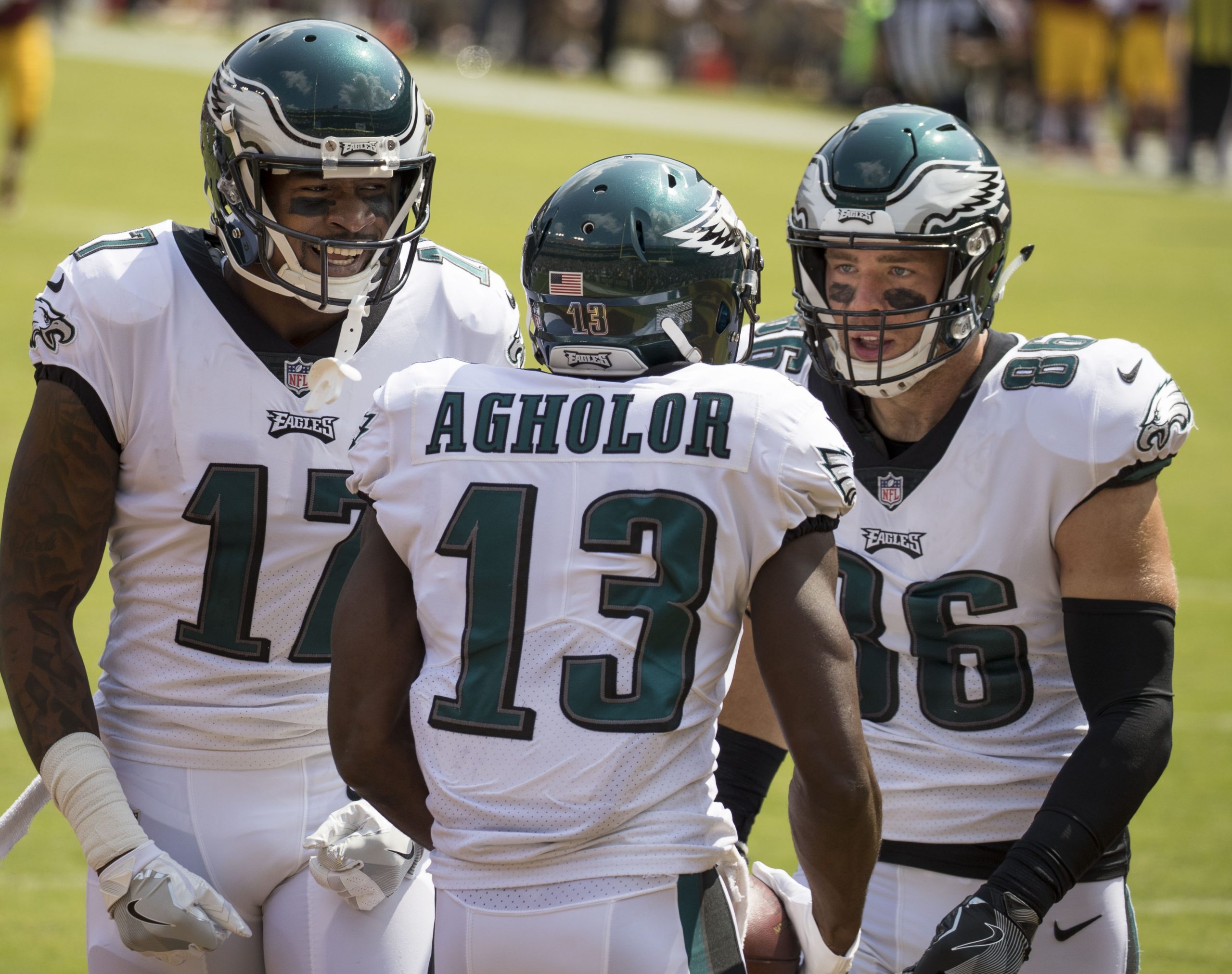 Oh the joys of free agency. On the one hand, it’s a chance for players to find new life under a different system. On the other, it can be a massive step in the wrong direction resulting in a disappointing setback in a career. What it really ends up being in the end is an amazing Madden-like reshuffling of the deck every year with endless fantasy implications.

Here are four wide receiver evaluations based on their potential value with their new teams. Some are likely to enjoy their new surroundings. Others will probably wish things would have worked out differently for them. You can use these as a starting point for your redraft preparations. Or, if you are a dynasty manager, these can help you assess your roster and make any changes you see fit based on them. Hopefully they are useful and will help you build a competitive roster for the 2021 fantasy football season.

It should take very little convincing for you to buy into Kenny Golladay going into the 2021 season. That is of course, you are someone who believes that almost a full season away and a move to another sub-par team impacts his worth. If that happens to be your stance, allow this article to sway you into spending a draft pick on him next season in your fantasy drafts. Or, for dynasty players, an excuse to go after him in your league.

For starters, Golladay turned in back-to-back 1,000-yard performances in the 2018 and 2019 seasons. He outshined veterans with names like Golden Tate, Marvin Jones, and Danny Amendola in the process. Despite finding himself on underperforming teams over his time in Detroit, there was no doubt he was a clear number one wideout. Unfortunately, that momentum was derailed last season. Golladay missed the first two games due to a hamstring injury and sat the last nine out with a hip flexor strain.

There is hope for a return to relevance next season as he makes his way to the Big Apple and the New York Giants. He’ll join forces with Darius Slayton and Sterling Shepard in an attempt to give Daniel Jones another young, speedy weapon in his receiving corps. Last year, the Giants were without a 1,000-yard pass catcher. Slayton was the closest with 751 yards, but every New York wideout had their struggles. The addition of Golladay gives Jones a reliable deep threat and a proven number one caliber pass catcher. Expect another fantasy feast in 2021 that could rival his 1,190 yards and 11 touchdowns from the 2019 season.

Imagine being buried on a depth chart for three years behind marquee names like DeAndre Hopkins, and Brandin Cooks. Such was the life of Will Fuller during his time with the Texans. He’s arguably just as talented as both, and just as fast to boot. The problem just seemed to be finding a way to stay on the field. Hopefully Fuller can find a way to play a full slate of games as he moves to Miami.

Upon his signing with the Dolphins, he became Tua Tagovailoa’s most powerful weapon. This is in no way a slight to DeVante Parker who has served Miami well in his tenure. This is actually a nod to Fuller’s talent and his not yet fully realized potential. He will be taking a slight step down in respect to who will be throwing him the ball. Although, that can be mitigated, should Tua take a leap forward in his sophomore season.

The stars are in alignment for Fuller to finally get the opportunity to step into a leading role on offense. Behind Parker is a mishmash of supporting players that were largely ineffective in their own rights last season. Guys like Jakeem Grant, Preston Williams, and Isaiah Ford all pitched in at times. None really broke out as a clear number two to Parker nor did they make large contributions to the cause. Fuller could not be walking into a better situation for him individually. He’s likely to be undervalued going into your fantasy drafts next season, so if he falls to you in the middle rounds, feel free to put his sticker on your draft board.

There is a difference between a high performance race car and a normal everyday sedan. A driver can tell the difference as soon as foot hits pedal. Corey Davis will experience this as he transitions from Ryan Tannehill to Sam Darnold. Last season Davis enjoyed an impressive season with the Titans alongside fellow wideout A.J. Brown. While Brown stole most of the headlines, Davis managed to turn heads in his own right. Ultimately, with Davis’ contract coming to a close, Brown made any other pass catcher expendable paving the way for Davis to test free agency and the Jets.

His signal caller in 2020 threw for almost 4,000-yards and 33 touchdowns. In 2021, Davis will be catching passes from a quarterback who barely topped 2,200 yards and 9 touchdowns last season. Needless to say, this is a giant hit to the fantasy value of Davis. It’s true that sometimes talented receivers can raise the performance of their quarterback. That said, Darnold has never supported a pass catcher with a 1,000-yard season. On top of that, the most receiving touchdowns by any one receiver has been six. A number held by Robbie Anderson in 2018, and Jamison Crowder in 2019 and 2020.

The acquisition of Keelan Cole only makes a breakout season even more difficult. Cole brings a similar skill set to the Jets as Davis and decreases Davis’ overall value. A likely circumstance is what little there is to go around in the first place will be divided between Crowder, Davis, and Cole in that order. What this all means in the end is if Davis is on your roster, try and find someone who is hopeful he can light it up in New York. If you are in a redraft league, let him be someone else’s headache next season.

Your feelings were probably mixed as it pertained to Nelson Agholor last season. He enjoyed a relatively productive season in 2020 as a member of the Silver and Black. As part of a young crop of receivers, he was just four yards short of 900 on only 48 receptions. He averaged an astounding 18.7 yards per reception. He also equaled his highest career touchdown total with 8 grabs for a score. Almost all of that came by way of Derek Carr who finished the season with over 4,100 passing yards and 27 touchdowns. Despite those numbers, something still felt lacking in his overall performance.

The Patriots team he now finds himself is a far cry from whence he came. Cam Newton was a shell of his former self under Bill Belichick last season. So much so that his return was a major topic of debate until New England locked him down for another go at it. Despite the organization’s faith in their quarterback, there isn’t much to point to a drastic improvement in 2021. It’s certainly not for a lack of trying.

Hampering Agholor’s ceiling even further is the existence of the newly signed tight ends Jonnu Smith and Hunter Henry. Both are target monsters at their position and both will command a certain amount of Newton’s attention. Not to mention, Newton was not one for the long ball last season. Only twice did he have a game where his longest pass went for more than 35 yards. With so many mouths to feed around the line of scrimmage, the need for Agholor’s deep threat abilities will become moot. Add to that newly acquired Kendrick Bourne who lives and breaths the shorter routes. None of this bodes well for Agholor. See what value you can get from him now before it disappears at the beginning of the season.