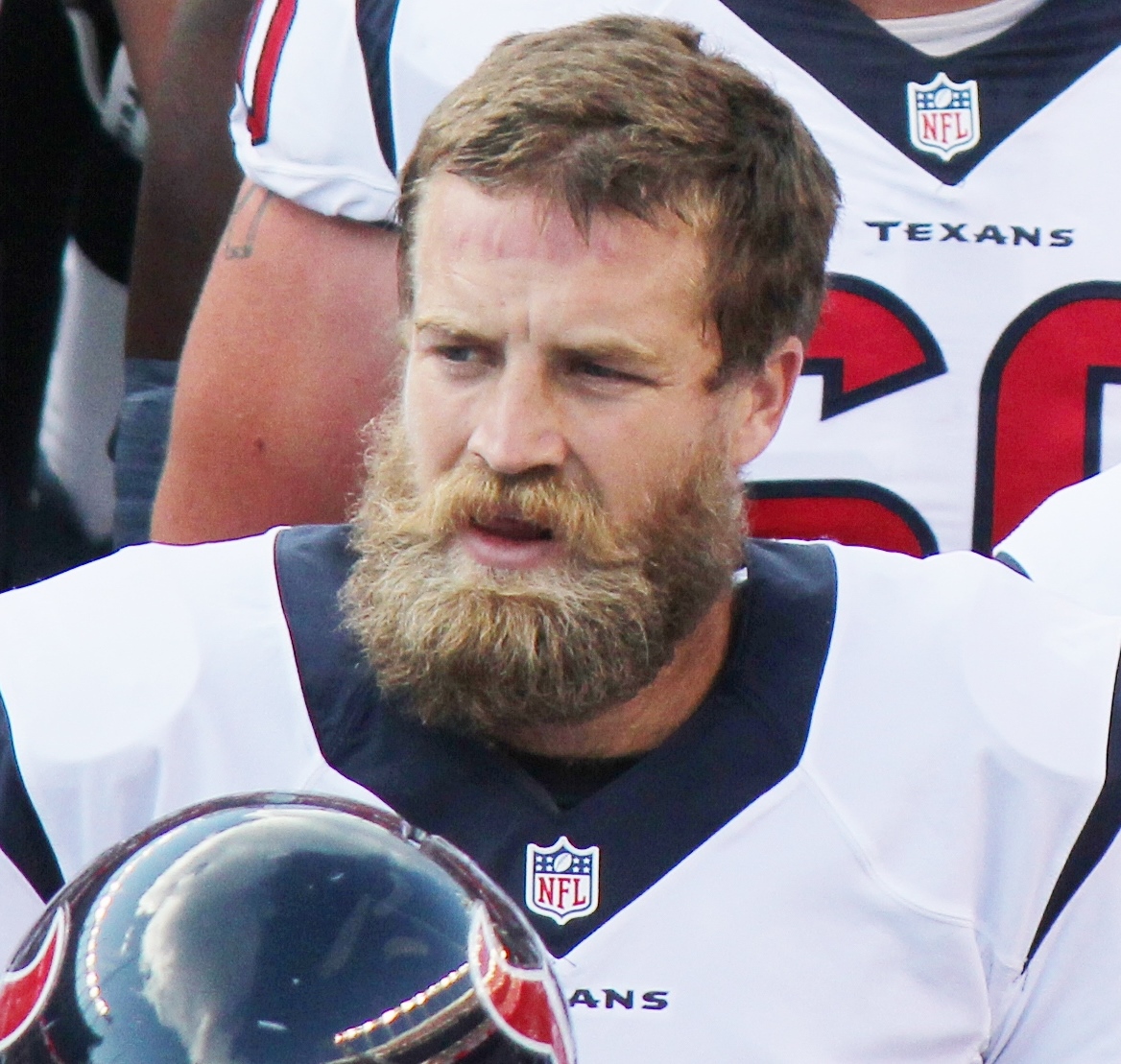 There is no denying that the New England Patriots have made the biggest splash regarding NFL free agent signings of any team. There is also no denying that besides being the most active, the Patriots may have had the most impactful signings. Not just for themselves, but the deals the Patriots are making are having impacts across the league. Look at the Patriots signing two of the top three free-agent tight ends as an example. The Patriots aren’t alone with free agent moves as I take a look at the Washington Football Team’s free-agent acquisitions’ fantasy impacts.

The free-agent market is fun to watch, but for us fantasy players, they can be crucial. Most of the fantasy community will tell you to take skill over their role when drafting fantasy players. I tend to disagree with this stance, especially for redraft leagues, and I will tell you why.

Coaching Schemes and Systems Do Matter

I firmly believe coaches take certain players to do specific jobs on the field. You have heard the old saying, one man’s garbage is another man’s treasure. A prime example of this is when we see a player leave one team and go to another group and breakout. Ryan Tannehill comes to mind as one example.

Tannehill had little to no success under Adam Gase, which more than a few players have experienced this problem. Ryan Tannehill goes to Tennessee, starts working with a new coaching system, and he ends up being one of the most efficient quarterbacks in the league the last two years.

Coaches and systems do matter. If you listened to the podcast I do or read some of my pieces last year, I pushed Logan Thomas as a late TE to draft and altogether avoiding Ian Thomas. Why? Ian Thomas flashed when Greg Olsen was hurt while they both played for the Carolina Panthers under Ron Rivera and offensive coordinator Scott Turner.

Under Ron Rivera, Scott Turner has been a coach who’s employed a balanced run attack and using both the running backs and tight ends in the passing game. Turner is not a guy that spreads the field a ton and throws the ball all over; that is not his style. Given this background on Scott Turner and Ron Rivera, let’s look at the most recent free agent moves of the Washington Football Team.

Cam’s strong suit was his ability to run the ball and keep defenses guessing while Cam led the Carolina Panthers. One thing you didn’t see was wide receivers that were leading the league in passing yards. Cam Newton only threw for over 4000 yards once, his rookie year 2011, where he threw 4051 passing yards and 21 passing TDs. The leading receiver on that team was none other than Steve Smith

Once Steve Smith left Carolina, the only 1000 yard reivers that Cam and the Carolina coaching staff had were DJ Moore in 2019, Kelvin Benjamin in 2014, and Greg Olsen in 2014, 2015, 2016. Note the three straight years of Olsen leading the team in yards. Does the Logan Thomas suggestion last year now make sense?

I understand cream rises to the top when referencing talent, but teams gameplan off the head coach’s schemes and systems. Given the info we have on Ron Rivera and Scott Turner’s time in Carolina, are we surprised with what we saw from Washington this year? Washington looked a lot like Carolina of the past last year.

Washington played tough defense, had an offense that focused on both the tight end and running backs in the passing game, and still had a balanced offensive approach. This year’s Washington team also didn’t have a mobile QB as Rivera and Turner have had in the recent past, and this offense still looked very similar to the historical trends of this coaching staff.

We should point out that Fitzpatrick is much more a pocket passer than Cam Newton has ever been, and we have to be conscious of this. I say that because Fitz’s skill set will change what the offense can do. Do I expect the tight end and running backs to be highly involved in the passing game? Yes, but I also expect Curtis Samuel to be more involved in the gameplan to stretch the field, more so than we saw in Carlina with Cam.

Let’s talk about what Fitzpatrick can do or will do with this offense. First off, Fitzpatrick is not afraid to test defenses on the outside or deep. I can see how this coaching staff is excited about this possibility, and it should free up some lanes for the running game.

Second, Fitzpatrick has seen just about every defense out there, which should mean this team should be able to test or gauge all other offensive positions truly. Last year when Washington took so long to go to Alex Smith, I was dumbfounded; it appears to me they don’t like Smith’s skill set. Smith is another QB that isn’t going to test most teams deep as it’s not his style.

Lastly, Fitzpatrick brings swagger. Please note that Fitz mentioned the starting role was no guarantee. The Washington coaches have admitted that is the goal. Fitzpatrick has no problem with a quarterback competition, or he wouldn’t have taken the job, and he thinks he can win the position competition. I am excited to see what Fitz can do with the weapons he has in Washington.

Curtis Samuel Brings an Explosion Element to the Offense

Another big free-agent signing in Washington was with Curtis Samuel. Samuel has worked with this coaching staff before, as I have previously noted. For fantasy purposes, I am less excited about the signing of Samuel. There were much better landing spots if we were hoping for a monster Curtis Samuel breakout season.

I am excited for Samuel’s impact on the rest of the team and from an overall football perspective. I know a lot of folks are worried about Samuel impacting Antonio Gibson. I do not think that needs to be a concern at all. After the Samuel signing, folks pointed out that historically Samuel is used on short passing routes, like running backs. Fair observation, but did you all see what JD McKissic did?

Starting in week nine, McKissic got a total of 77 passing targets. That is an insane number in its own right, but let us look at JD’s output along with Gibson’s work over that span. During week 12, Gibson got hurt and was then inactive over weeks 13 and 14. During weeks 13 and 14, McKissic didn’t see an increase in passing targets, for some frame of reference, but he did see a significant jump to double-digit carriers.

Regarding Gibson’s touches from weeks nine through 17, Gibson averaged 15.6 carries and 3.6 targets a week. That’s on par with about 18-20 touches per game. It isn’t very reasonable for us to assume or even want to have Gibson see more touches.

At first, I was a little perplexed by the Samuel signing, given how the Football Team used McKissic last year. I don’t see the Samuel signing impacting Gibson’s usage much. If you believed that Samuel is a concern, I would argue you ignored what Mckissic was last year. I am not sure the team holds onto McKissic, and if Washington does, it’s for depth.

Samuel will do many of the same things McKissic does, receiving the ball out of the backfield and getting the occasional carry. That said, Curtis Samuel can do things that McKissic can’t, though, and that is stretch the field. Samuel and Fitzpatrick bring an element to the Scott Turner offense that hasn’t existed yet.

Given the free agent moves by Washington, this is how I see it breaking down for fantasy purposes. Antonio Gibson’s value is mainly unchanged. If anything, I can see Gibson becoming more efficient on the ground, as teams will have to account for Samuel’s speed. Gibson isn’t going to see fewer carriers, and if you were looking for a jackpot of receptions, that wasn’t going to happen anyway.

The team isn’t going to give Gibson more than 20 touches a game, and I think they want to stay below that 20 touch threshold. At the end of the year, we saw Washington lavishly used Gibson, and we still saw McKissic with an insane amount of passing targets.

Some of those passing targets are going to go to Curtis Samuel. If you have Samuel on your dynasty roster right now, you should be hoping Washington moves on from McKissic. McKissic caps the potential upside of Curtis Samuel’s usage, but Samuel will still be a flex play in most leagues.

Understand that Fitzpatrick enables the Football Team to take some deep shots down the field, and this means that Samuel is liable to have three catches, 70 receiving yards, and one touchdown on any week. Samuel will be a boom and bust play for you on any given week. How you rate that for your roster is up to you. For me, he’s a wide receiver three at best with weekly potential to win you a game that week.

I understand if you look at the yearly numbers for Samuel for 2020, it screams of being a wide receiver two, but look at the numbers each week, and you will find there are weeks he disappears on your roster. Samuel is a better football move for the Washington team than it helps any fantasy roster.

Can Logan Thomas Continue to be a Fantasy Darling?

Fitzpatrick has the most significant impact, and as a quarterback, that’s not surprising. My biggest fear is Fitzpatrick’s impact on Logan Thomas, the tight end. I pointed out, Scott Turner’s offense will use the tight end, but it’s obvious some quarterbacks look more their way than others. Alex Smith is one of those quarterbacks as an example.

Do I think Logan Thomas is talented enough and a big enough part of the game plan to be effective? Yes, I do, but I am not sure you can expect those 1000 yard seasons like Greg Olsen in Carolina. Some of those logan Thomas targets of this past year go to Terry McLaurin this year and even Curtis Samuel.

What does this Mean for Terry McLaurin?

Speaking of Terry McLaurin, if you have him on your dynasty rosters, you should be excited. Fitzpatrick being in Washington is nothing but good news for Terry McLaurin. I see an increase in targets, yards, and touchdowns. For me, McLaurin is a low-end WR1 with top seven to eight potential.

Overall here is how I believe it will break down. Logan Thomas will see a reduction in target but probably even more efficient. Potentially a prime touchdown target with his size, regardless of who the quarterback is. Gibson’s potential output should be about the same. He, too, will mostly be more efficient, with the additional talent on the field.

Curtis Samuel will be a boom or bust play for you, at least with Fitzpatrick at the helm. You have to like Samuel’s potential on any even week. Terry McLaurin is the biggest gainer for me. The defenses will have to account for Samuel and Thomas in the passing game plus the running backs. McLaurin will finally have a quarterback willing to take chances and throw to the receivers on the outside.

Ryan Fitzpatrick and Curtis Samuel will make this offense much more explosive and dangerous. For an offense that was lackluster at best last year, I think we see a bump in all fantasy categories. I am not saying expect a fantasy bonanza, but I am more than willing to gamble on some Washington players this season.

Please be sure to follow me on Twitter @Bodaciousbeer for more fantasy thoughts and questions. Check out some of the other pieces at profootballmania.com as we cover all things football.