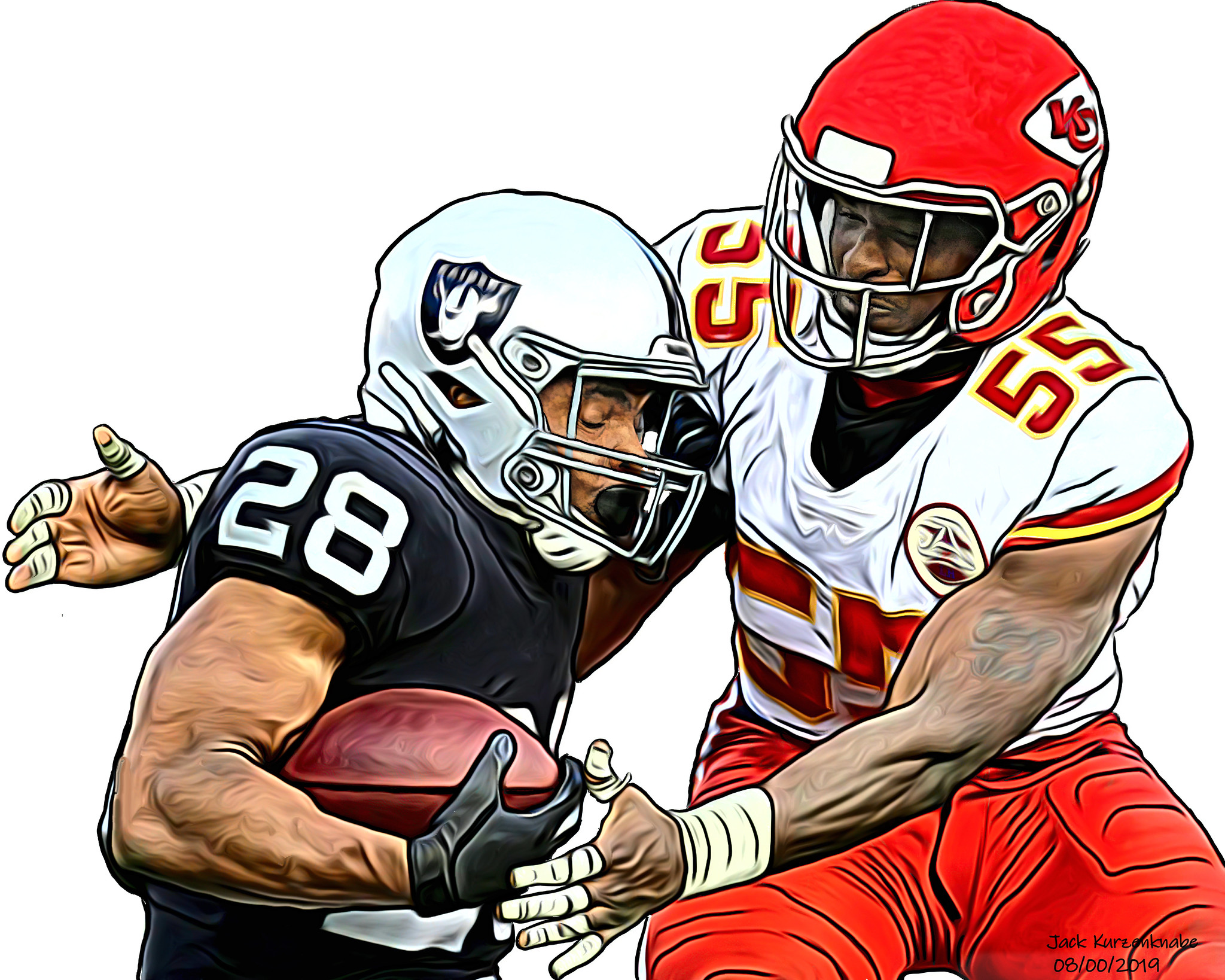 The Kansas City Chiefs are set to undergo one of the more difficult tasks for any NFL team, to go into the season as the team who lost the previous Super Bowl. A ”˜Super Bowl Curse’ is something that often affects teams in the following season. The Chiefs organization will want to ensure that this does not happen to them. So how do they address this? Here are five Free Agency targets that the Chiefs should look at.

1. Russell Okung (Offensive Tackle)
The former sixth overall pick and Super Bowl 48 champion is after a new team. He is available in Free Agency after just one season with the Carolina Panthers. He allowed three sacks in 2020 and earned a 73.0 PFF grade, despite missing 9 games through injury. Kansas City has reportedly “checked in” on the experienced two-time Pro Bowl lineman. He would be a good option to replace tackles Eric Fisher and Mitchell Schwartz, who both departed in Free Agency. Joe Thuney has been the first player to replace these two linemen but the Chiefs still need a second replacement. A one-year deal is likely but Okung can be a great addition to this franchise, particularly after how badly the line struggled in Super Bowl 55 without Fisher and Schwartz.

2. Alejandro Villanueva (Offensive Tackle)
If they cannot get Okung, Villanueva is another great option in the tackle position.
The former Pittsburgh Steelers lineman has also been to two Pro Bowls and would likely be available for cheaper than Okung. Villanueva is also likely to join Kansas City on a short deal but would be a great stop-gap option for the Chiefs, despite his career seemingly on the downward trend. He earned a 74.6 grade from PFF in 2020.

3 James Conner (Running Back)
The Chiefs need to find another running back with free agent Le’Veon Bell likely to play for another team in 2021 after less than one season in Arrowhead. Clyde Edwards-Helaire showed signs in 2020 during his rookie year but should not be expected to carry the load in 2021. In 50 career games, Conner has 22 touchdowns and 2,302 rushing yards. He would be someone that would share the load with Helaire either as RB1 or RB2.

4. Todd Gurley (Running Back)
Gurley should not be brought to the organization with the expectation of being the starter. He was once the best back in the league but has fallen on tougher times of late. With his injury problems of recent years, it is clear that he is no longer able to complete a full season. However, the Chiefs can get great use out of the former Los Angeles Rams and Atlanta Falcons running back. Gurley wasn’t the same threat we saw in Los Angeles during the 2017 and 2018 seasons but still managed to put up some capable numbers in 2020. He recorded 9 touchdowns and 678 yards but the biggest headline of his one season with the Falcons was accidentally scoring a touchdown against the Lions. With the injury concerns, the Chiefs would need to get Gurley on a cheap deal. They can share his load with Helaire and could even have the aforementioned Conner as a three-man running back room. This would allow the Chiefs to manage Gurley’s health in order to get the most out of him.

5. Antonio Brown (Wide Receiver)
Sammy Watkins has departed the Chiefs, leaving a spot open in the impressive Chiefs offense. Brown showed in Super Bowl 55 that he can still be a great NFL wide receiver. Once considered the best in the league and a likely Hall of Famer, Brown’s career took a negative turn. He suffered plenty of offseason issues with the status of his mental health coming into question. Since he joined Tampa Bay midway through the 2020 season, Brown appears to have learnt from his mistakes. His attitude has been way more mature with a lot of thanks going to Tom Brady, who allowed Brown to stay in his house. Brown will want to stay in Tampa Bay but the salary cap may not allow this. The Chiefs and head coach Andy Reid should look into bringing the former Steeler and Raider to Kansas City.