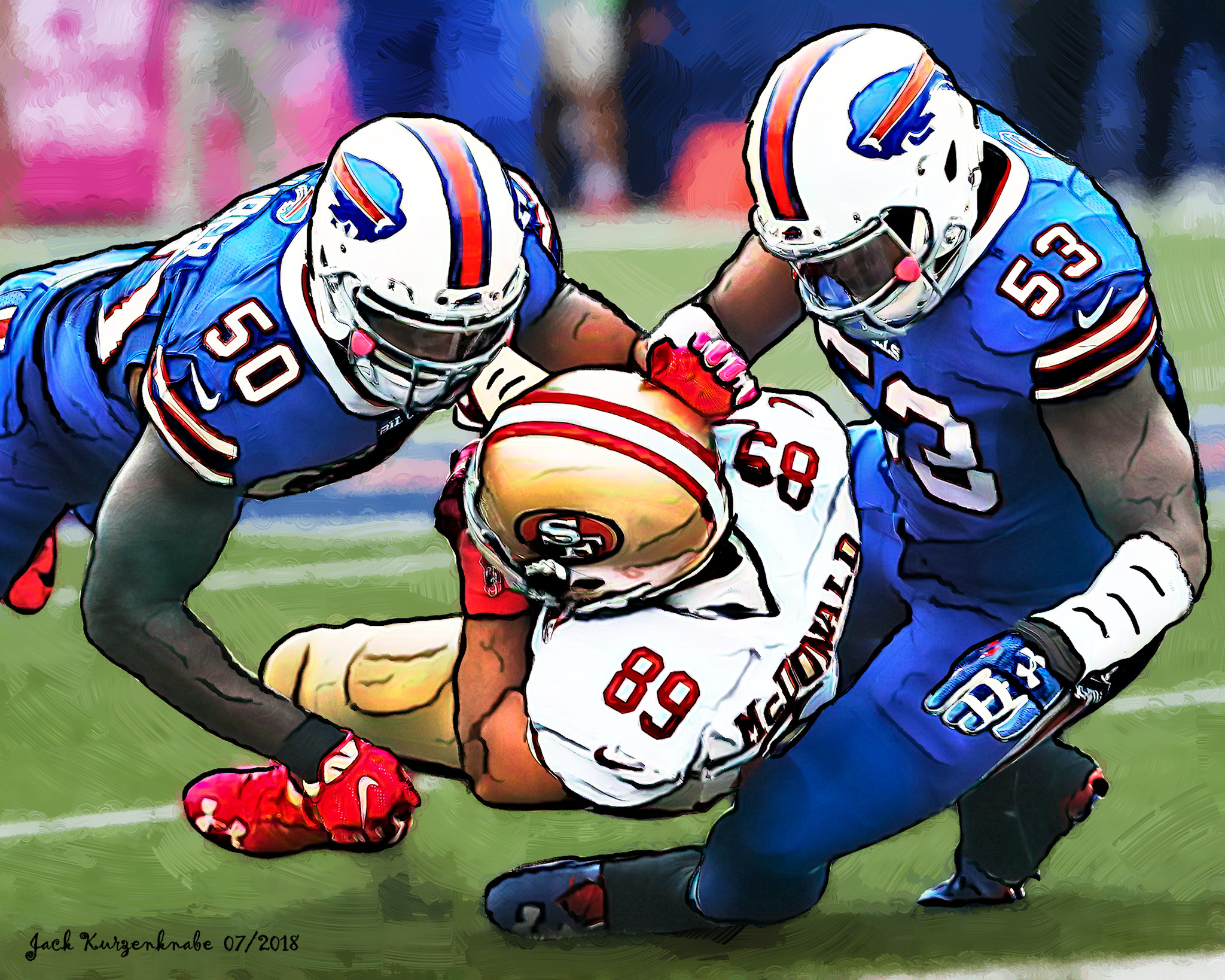 The Buffalo Bills have already had a very solid offseason. With the current state of free agency where several very talented veterans are on the market this year’s roster construction is far from over. Buffalo returns essentially all of its starters and even added a few depth options through free agency. With the draft, upcoming teams have slowed down on the free-agent front and focused more on the upcoming 7-rounds which will be held on from Thursday, April 29th to Saturday, May 1st. As rumors swirl around the NFL, we will take a look at three different rumors that relate to the Buffalo Bills and if they will come to fruition.

Rumor: The Buffalo Bills will draft a Running Back in the 1st round

Perhaps the most talked-about rumor amongst Bills fans and analysts on Twitter is what to do with the 30th overall pick. A large sector of the fanbase would like Buffalo to draft a running back early on to complete the offense as last season the running game struggled.

This was extremely possibly however just a couple of days ago the Bills signed Matt Breida away from AFC East foes the Miami Dolphins which gives Buffalo a total of six running backs going into camp with Zack Moss, Devin Singletary, Taiwan Jones, Matt Breida, Antonio Williams, and Christian Wade. The signing of Breida caused many Buffalo fans to concede and believe that running back is not an option at 30.

Conclusion: While the signing of Matt Breida may significantly lower the chances of Buffalo taking a running back at 30. Buffalo has no major holes on the roster and Brandon Beane has not been afraid to cut veteran players if they are not good enough. Therefore, I deem drafting a running back at 30 unlikely, however depending on how the first round falls it still is an option for Buffalo.

Rumor: The Buffalo Bills will sign more players before the draft

Buffalo was never quick out of the gate when it came to signing free agents this offseason. However, Buffalo has added seven new players onto a team that returns almost all of its starters. While Brandon Beane does not have a large amount of money to work with, he still is on the prowl. That showed recently with former Steeler Sean Davis and former Packer Tyler Ervin both visited Buffalo but left unsigned. Brandon Beane is known for making deals late in the offseason and especially around the time right before the NFL draft.

Conclusion: It is near certain that Brandon Beane will not stop adding players until he has 91 (Christian Wade doesn’t count toward the number) players to bring into training camp. The Buffalo Bills are currently at 66 players leaving them with 25 spots. The Bills have seven draft picks and usually add around ten undrafted free agents leaving them with about eight more spots that go to veteran free agents. While these are all rough estimates Buffalo will certainly add more players and it would not surprise me if they added one or two notable players who are more than capable of making an impact on the 2021 roster.

Rumor: The Buffalo Bills will trade up or down in the draft

With Free Agency dying down and Buffalo making signings that are generally not known about until the Bills announce them there is a shortage of rumors. So, although this is not a massive rumor at the moment it is certainly always a possibility. General Manager Brandon Beane has made several 1st rounds trades before using his 2017, 2018, and 2020 1st rounders in trades to move in the draft or players. Beane is not afraid to move in the draft and has shown he is willing to go and get “his” guy. For the first time in the Beane era, Buffalo is picking in the 30s the first time. While that pick does not hold much value in terms of trading up it is a solid pick to exchange with a team that wants to get back into the first round. Buffalo could either trade up or down, it likely will be a draft-day decision if it does happen.

Conclusion: While there is popular noise amongst Bills fans that Buffalo will trade down in the draft. The opposite is more likely to happen. While it will not be a massive move if Buffalo sees a guy, they love in the early or mid-20s Brandon Beane will not hesitate. While acquiring more picks would be valuable the 5th year option that 1st round picks have on their contract is valuable to Beane. The Bills are about to pay Josh Allen a very large amount of money and being able to have a rookie contract that can last five years instead of four is valuable. Buffalo has some spots it could improve with Cornerback being the most pressing one. If there is a run of Quarterbacks and Offensive Tackle in the draft then a top cornerback could easily fall into the 20s and Buffalo could move up to get their guy.