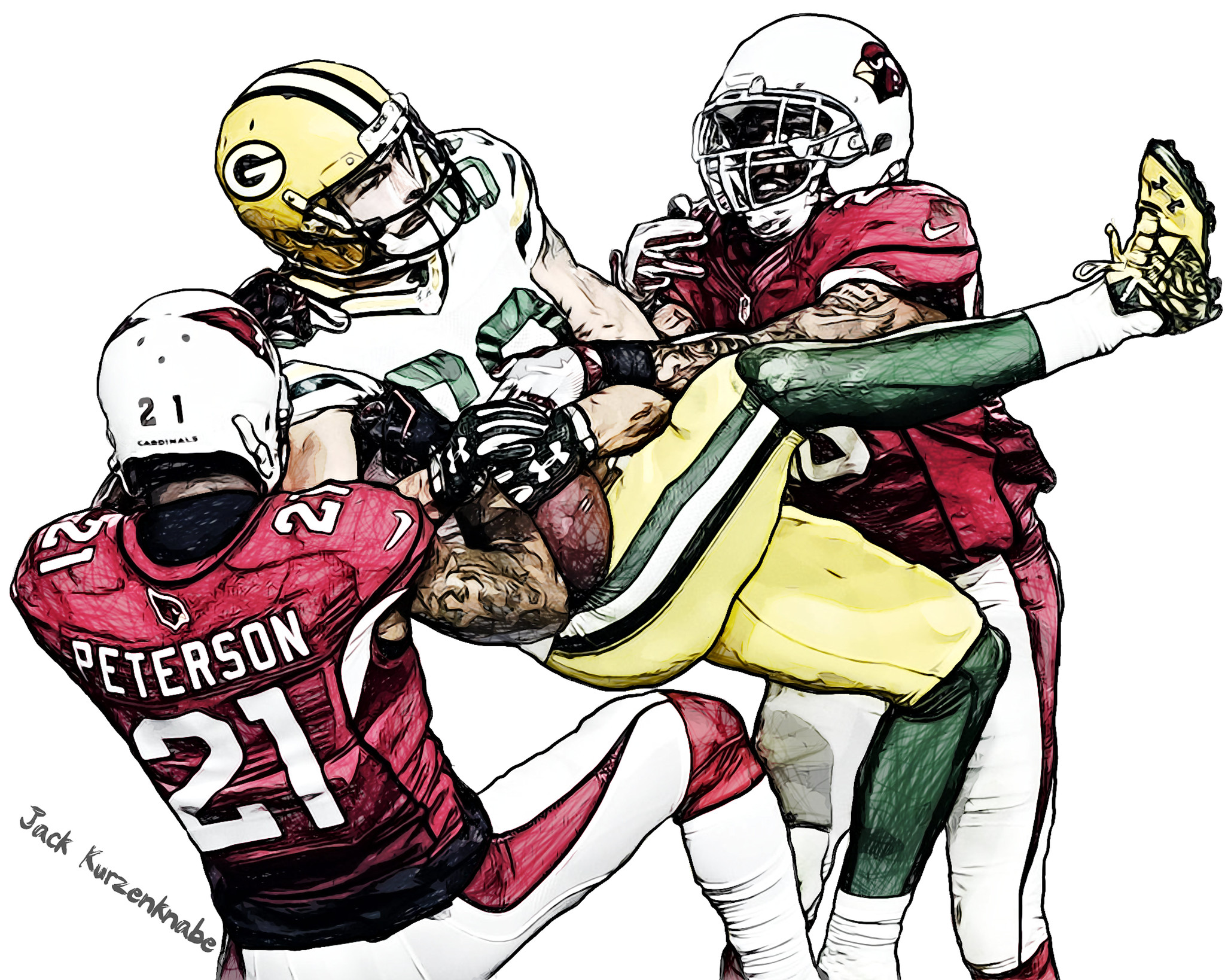 Which CBs Should The Packers Add?

The Green Bay Packers have managed to put themselves into a bit of a bind. As fantastic as the Packers looked last year, many had hoped that 2021 would be even more successful. I will be upfront with all you Packer fans; if that is going to happen, the front office needs to get creative.

Currently, the Packers are over the salary cap, and there had been some discussion of revamping Aaron Rodgers’s contract. If the Green Bay Packers are going to sign any rookies or other free agents, this has to happen.

The info above then begs the question, how are the Packers going to add much-needed depth? To give you an idea of how thin this roster is, only two offensive tackles are signed and only two quarterbacks. Both examples are pretty odd. There is still free agent time left and the NFL draft, but Green Bay is currently over the salary cap.

As I scour the internet looking for potential free-agent options for the Packers, I am thoroughly stumped. I could give you a great list of targets or players that would fit well in Green Bay. It would be a completely useless list, as no matter how well the player works in the system, the Packers literally can’t sign anyone, legally.

One thing that did catch my eye was that the Packers do not have Allen Lazard on the roster. I understand he’s not the most exciting player, but I could argue he was their overall second-best receiving option the last couple of years. Considering the Packers’ history drafting wide receivers, I found this interesting, except the Packers, can’t even afford Lazard.

How Bad is the Salary Cap Situation?

What options do the Green Bay Packers have? That’s a good question. It makes sense to renegotiate Aaron Rodgers’s contract, but again for the Packers over the long haul, maybe it doesn’t. The Packers may not want to push back the dead cap money. Is that the only option?

The only other option or option is to start cutting players with minimal impact to dead cap space. There is a couple of contracts they could renegotiate, but frankly, I feel like this season might be a lost cause for the Packers from a salary cap standpoint.

At the very least, to get through the NFL draft with the expectation of signing some draft picks, the Green Bay Packers are going to have to free up approximately nine to ten million in cap space. That is a significant number.

I will be frank. I have no idea what the Green Bay front office will do to get this figured out. The Packers have to add some young talent in the draft and add some depth on the roster””specifically that offensive line, defensive secondary, and the wide receiver position.

Looking at what is currently on the free-agent market that could be more affordable, the Packers will be scrapping the bottom of the barrel. If you look at the wide receivers out there, names like Marqise Lee and Dede Westbrook jump out.

Neither player can demand a high salary, and they both have flashed at times. At 30 years old, Lee is a bit old for my preference. Maybe gambling on a bid body guy like Chad Hansen wouldn’t be a wrong move either, also a reasonably low-cost option.

The biggest challenge the Packers are going to face is on the offensive line. There aren’t many options at the tackle position, and what is available is some of the more costly options on the market. David Bakhtiari is an excellent starting option, but you have to have at least a backup or two on the roster.

The Packers aren’t going to sign a guy like Jason Peters or Eric Fisher. They will probably have to take a shot at someone more like Jason Spriggs or Chad Wheeler. Neither player would excite me in any way, but they would add needed depth.

The best targets will be the low-cost options like Alex Brown or Tae Hayes in the defensive secondary. Again, no players you are excited to target, but players that might work for now.

I cannot speak to Jordan Love’s development, but if the coaching staff doesn’t see Love as potentially “the guy” in 2022, I think you have to revamp Rodgers’s contract. The only reason to eat all of the money they have to this year would be so you can be free and clear of Aaron Rodgers next season.

Let me be clear on something, I have no idea where Love is in his development, and I see Rodgers having another two to three good years left. I would not be in any hurry to move on from Rodgers unless I saw something from Love that made me excited to throw him in the lineup.

Quite frankly, whatever the Packers decide to do with Rodgers’s contract will indicate what the Green Bay future holds. Don’t be surprised if the Packers do the minimum to get below the cap this year, just enough to sign a full roster and the rookies they like. If they don’t rework Rodgers’s deal, chances are his time in Green Bay will be coming to an end.

I understand this point of this piece was to suggest to you who the Packers will be targeting in free agency. But I will be upfront with you, and I don’t think the Packers have any idea at this point. There are 0 significant targets for Packers. They don’t have the means to sign those players.

Frankly, if you are a Packer fan, you might have watched your last opportunity at an Aaron Rodgers team making a run. There are plenty of studs on this team in starting roles, but there are significant challenges in this roster’s depth.

All the free agent moves will be for depth, not significant splashes to improve the roster. At this point, I am more interested in seeing what the Packers will do during the draft because they have to make changes to sign those players. I would love to see the Packers add a wideout through the draft. Wouldn’t we all?

If Rodgers is gone next year, you need tools for Jordan Love. It would help if you also protected him. I thought the Steelers had a nightmare with the salary cap, and I think the Packers are in worse shape. The Steelers, though, fixed their challenges by renegotiating Big Ben’s contract.