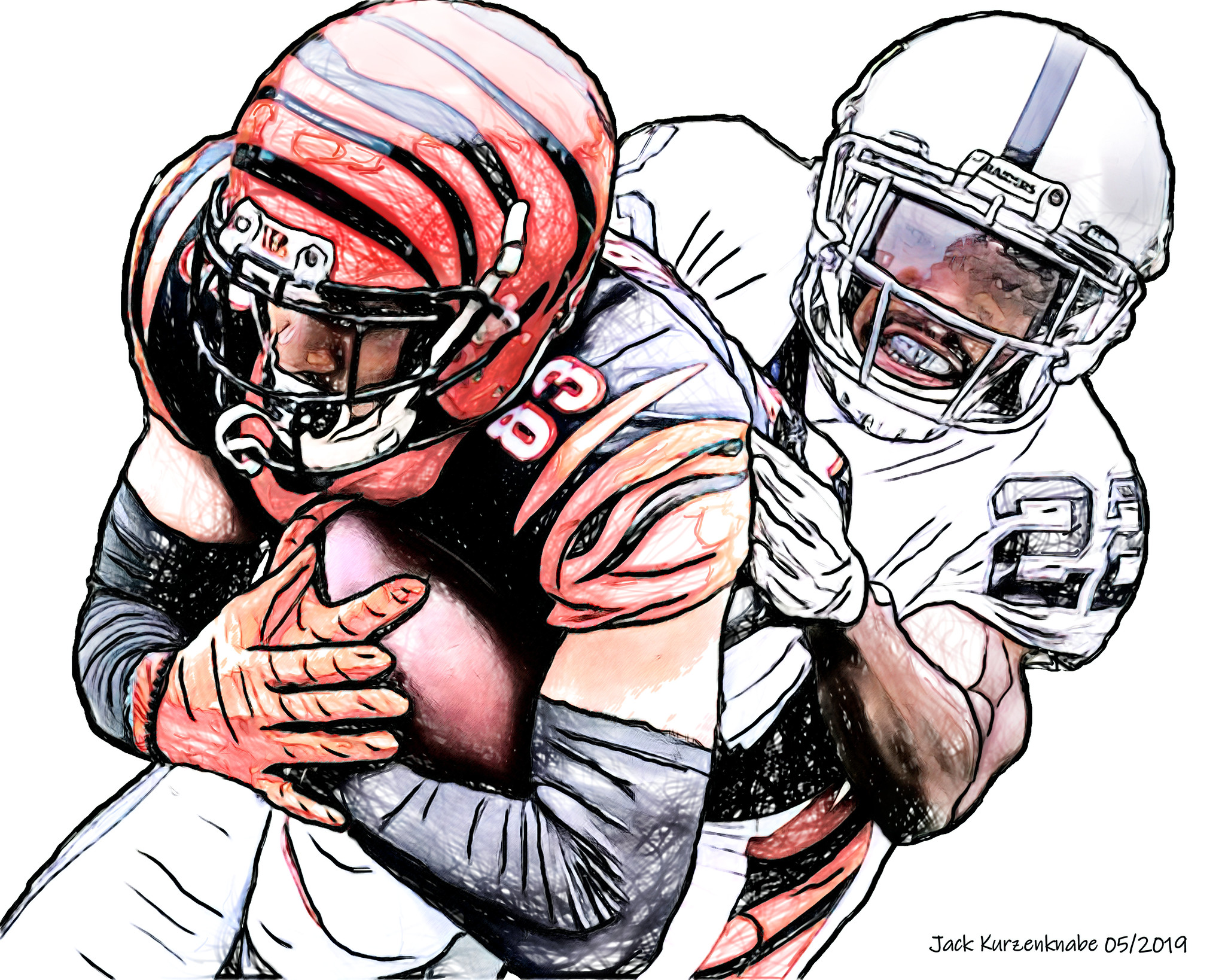 Last season, the Cincinnati Bengals cruised to the number one overall pick in the draft after a 2-14 record, and drafted Joe Burrow, the Heisman-winning quarterback out of LSU.

And while the jury might technically still be out on whether or not Burrow can be a solid NFL quarterback, the early returns look promising enough that now, with the fifth pick in the 2021 draft, the Bengals can start building a roster around him.

Cincinnati’s roster is one with plenty of needs, and with a top-five draft pick and no need at quarterback in a quarterback-heavy class, the Bengals might be sitting in a spot where they can draft anyone they want.

But who do they want? Or, rather, who should they want? Let’s look at some names.

Is wide receiver the biggest need for the Cincinnati Bengals? Well, no, probably not. Even with the departure of the veteran AJ Green, Tyler Boyd and the rookie Tee Higgins headline a group that, while unspectacular, should be good enough in 2021, if nothing else.

But good enough is boring, so let’s have a little fun. Some teams draft for need, and some draft for talent. And Chase might just be the most talented player in the draft class.

Chase didn’t play in the 2020 season, but he didn’t really need to. He’s proven his talent and then some from a spectacular 2019 season, one where he arguably outshined former teammate and current NFL rookie star Justin Jefferson.

Chase’s production in college was the stuff of dreams, but there’s reason to believe it could become reality in the NFL as well. Not only is Chase talented in his own right, but the receiver would be reconnecting with his college quarterback in Joe Burrow if the Bengals were to select him. Receiver might not be the biggest need on the Cincinnatti roster, but Ja’Marr Chase’s talent might be too great to pass up.

Sewell dominated the college game from the moment he arrived, starting for the Ducks as a freshman, winning the Outland trophy as a sophomore, and being too good for college football after just two seasons, sitting out the 2020 season and still remaining as a projected top-five pick.

And it just so happens that Sewell’s immense skill set happens to align with one of the Bengals’ biggest needs, offensive tackle. Burrow spent his rookie season often running for his life, but with the addition of Sewell, the Bengals could have enough upfront to keep their quarterback of the future upright.

Let’s not let it be lost in the debate between keeping Joe Burrow safe and giving Joe Burrow some weapons that the Cincinnati Bengals have other, non-Joe Burrow-related needs on their roster. In fact, the defensive front seven might be the biggest area of need on the team.

Through 16 games in 2020, the Bengals managed just 17 sacks as a team, the lowest in the NFL. Their pressure rate of 19% finished as the third-lowest in the league, all on a defense that blitzed on an above-average rate. For this, Cincinnati should at least consider the possibility of drafting someone to help generate some pressure.

This year’s class isn’t loaded with big-name EDGE talent, but the Bengals have enough team needs and a high enough draft pick at fifth overall to net a king’s ransom from a quarterback-hungry team picking below them. They could trade back, and if they do, they would be smart to look at Joseph Ossai out of Texas.

At 6’4” and 253 pounds, Ossai looks the part of an NFL threat, and played like one too through three years in college. Most recently, Ossai finished as a second-team All-American with 16 tackles for loss and five sacks in his junior year, and has generated buzz as a potential first-round draft pick.

He’s a talented player at a position of need for Cincinnati. If the Bengals want to get wild, and probably annoy their fanbase clamoring for offensive talent, drafting Ossai would be the way to do it.