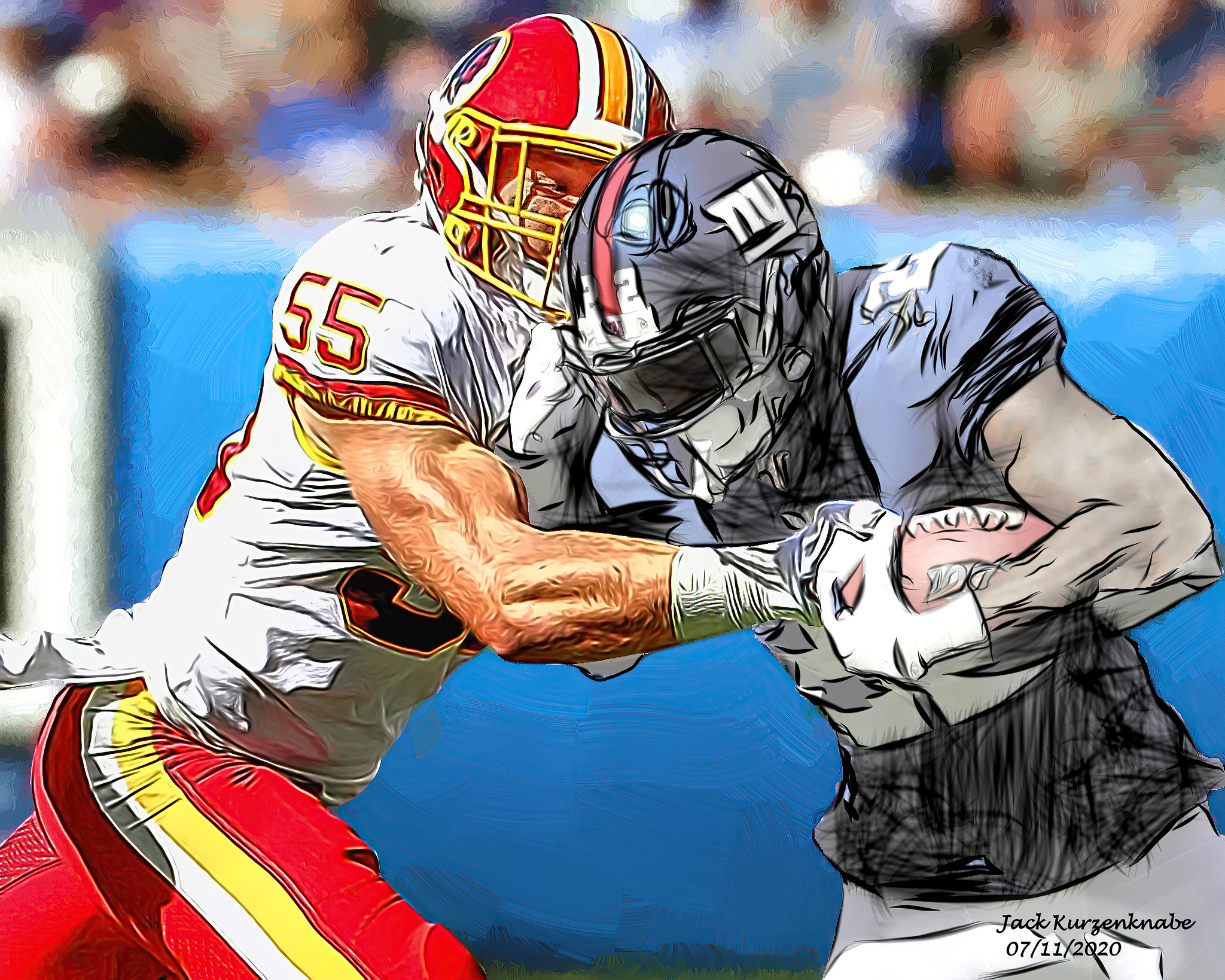 Who can the Football Team sign before draft day?

Kwon Alexander was involved in a midseason trade where he went from the San Francisco 49ers to the New Orleans Saints to help the Saints make a playoff run. Unfortunately for Alexander, he tore his Achilles in week 16 of the regular season. His injury and large contract led to the Saints releasing Alexander so they could get under the cap. This injury certainly clouds Alexanders’ return for the 2021 season however it also means that he could come at a very cheap price. Alexander is a do-it-all backer who can cover, defend the run, and blitz from the position. While he is not top tier in any of those categories, he does all of them well.

Alexander has been coined overrated by many because of the massive contract that the 49ers gave him just two seasons ago which included over $25 million in guarantees. While overrated is certainly too far Alexander was overpaid. That does not mean that he is a top talent at linebacker with all the measurables you would want in today’s game. While Alexander has clear question marks because of his injury the Washington Football Team could sign Alexander on a one-year prove-it deal that would likely not see Alexander play until at least the middle of the season. This move is a potential low-risk high reward signing that could bolster the Washington Football Team’s linebacking corps on an already extremely talented defense.

Eric Fisher is similar to Kwon Alexander considering that he too is coming off a torn Achilles and was recently a cap casualty being released by the Kansas City Chiefs. Fisher tore his Achilles against the Buffalo Bills in this past season’s AFC Championship game. Fisher never quite lived up to his selection as the first overall pick in the 2013 NFL Draft however he was an above-average tackle his whole career. Fisher has not allowed more than four sacks in each of the last four seasons. His impact was extremely noticeable in this year’s super bowl when the Chief’s offensive line without Fisher was abysmal and ultimately was the major reason, they lost the game. Just like Alexander the Achilles injury does make Fisher’s 2021 season have question marks. Coming off an injury like this Fisher will come at a cheap cost and Washington Football Team could even offer him a multi-year deal that could compare to some of the better backup tackles in the league. With the current cap situation in the league, Fisher’s injury, and Fisher’s age he will not have much leverage when it comes to contract negotiations and may have to accept much less than his previous deal with the Chiefs.

Fisher could have an impact for the Football team both on and off the field. A known strong leader in the locker room Fisher can fill in at either right tackle, left tackle, or as a backup. Fisher brings tons of experience and high-level play in high-leverage moments. At worst Fisher is a depth signing who moves on after a year or two. Fisher would be one of the best backup tackles in the league if that was the case and give the Washington Football Team much more security at the tackle position.

Nick Easton could provide some valuable depth inside for the Washington Football Team. Another cap casualty from the New Orleans Saints Nick Easton is an interior offensive lineman who can compete for a spot opposite Brandon Scherff. Wes Schweitzer held down the other guard spot opposed Brandon Scherff and so some very positive flashes throughout the year. Just like Schweitzer, Easton has shown several very positive flashes of play in the past. Both players lack consistency however if both guys are competing for a spot not only do you have the possibility of one player’s play becoming stronger, but you also have a couple of options to choose from instead of relying on just one player. Easton not only provides depth but a chance to improve the guard position if he can win the job in training camp. Although he is not coming off any major injuries Easton still should come cheap considering the current market for offensive lineman and the lack of money left on the market.

The Washington Football Team went from having very few weapons last season to having quite a few through the free-agent additions. At Wide Receiver the Washington Football Team has Terry McLaurin, Curtis Samuel, Adam Humphries, Cam Sims, Steven Sims Jr., and Kelvin Harmon to go alongside tight end, Logan Thomas. Although there is solid depth at Wide Receiver there is almost none behind Logan Thomas. Thomas proved in a breakout year that he can be a top 10 tight end with the combination of physical attributes and good hands. While he is not the greatest blocker, he surely is functional and due to his passing catching ability, he should not be taken off the field. Behind Thomas are two players who have bounced around the league making little to no impact. In comes Trey Burton.

Burton a former college quarterback/do-it-all player was always stuck in talented tight end rooms. Burton famous for throwing the pass on the “Philly Special” that won the Eagles the Super Bowl in 2018 has had a very solid career as a tight end in the league. Good in all facets of the game Burton is a really good athlete. Burton has four seasons with at least 250 receiving yards and three seasons with at least 3 touchdowns. Burton was able to do that while only registering over 36% of offensive snaps in one year of his career. Burton is reliable and willing to do the dirty work both on offense and on special teams. Even better is that Burton will come at quite a cheap price compared to a year where the salary cap would have gone up.