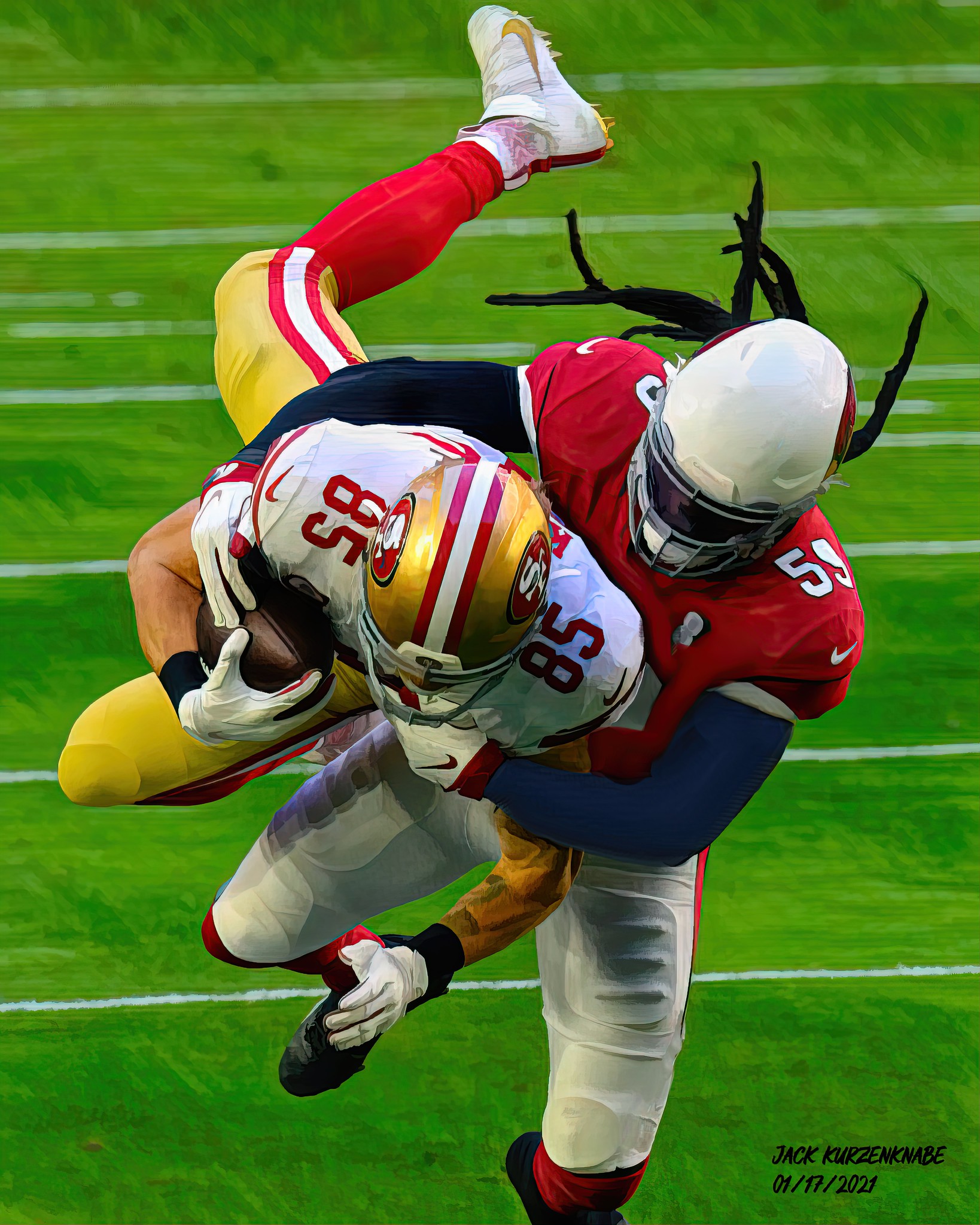 What Are The Most Talked About Issues In Niner Nation?

As the offseason moves closer to the draft, there are plenty of rumors and speculation to go around. Some of the conversations are backed by actual team messaging, while others draw on pure opinion and guesswork. No matter how it gets out into the public debate, it’s out there for the public to debate.

That said, here are a couple of the biggest storylines facing the San Francisco 49ers right now. These rumors have all but taken over the team’s narrative and dominate the fan interactions. Some rumors, you can already lean to one side of the matter as truth. With these issues though, like Lenny Kravitz once said, “baby, it ain’t over til it’s over.”  So here is the gossip going around regarding two hot button topics for the Niner’s Faithful.

The biggest point of speculation this offseason is who the 49ers will select with their first pick in the draft. Since moving up to the third position, San Francisco seems set to take a quarterback. The question is, which one will wear the red and gold next season? Many believe the front runners in this battle are Alabama quarterback Mac Jones, and Justin Fields out of Ohio State. Both are talented signal callers, both will certainly make a difference wherever they land. Only one though, can be drafted third overall.

Most experts believe John Lynch will be taking Jones. They back this claim by leaning on the “Kyle Shanahan loves a pocket passer,” theory. History has proven that some quarterbacks that have played in his system did fall into that camp. Kirk Cousins, Matt Ryan, even Jimmy Garoppolo. So for San Francisco to reach for Jones at number three, they have to believe that the head coach wants another version of what he’s already had in the past. Which is what he’ll get with the Alabama product. The real issue here remains, is whether more of the same enough to get the Niners another championship trophy.

Which is where picking Fields comes into play. The former Buckeye is more Robert Griffin than Matt Ryan lands him outside of the pure pocket passer mold. Instead, he’s a prototype of the current crop of successful NFL quarterbacks like Patrick Mahomes, Lamar Jackson, Kyler Murray, and Josh Allen. What he’ll bring to San Francisco is a level of athleticism that could boost a young, talented offense. While he may not be Shanahan’s “type,” he will certainly be the best player on the board after Trevor Lawrence and Zach Wilson go with the first two picks. Ultimately, whichever one of these two quarterbacks are taken, will become the face of the franchise sooner rather than later. Which leads to the next rumor.

First Round Bounty For Jimmy Garoppolo

Auction listings on EBay sometimes come with a “Buy Now,” price. As we all know, this gives the buyer the option to purchase said product immediately without having to bid against others. Social media buzz is suggesting that San Francisco has placed such a tag on their current franchise quarterback. That price is rumored to be a first round draft pick. Given what the 49ers paid to lock him down, this makes a certain amount of sense. At the time of his contract, San Francisco made him the highest paid player in the league. The 49ers want to recoup some of that value in any deal they make.

For most quarterback needy teams, that asking price may be too steep. The Jaguars and the Jets will secure their new franchise quarterbacks in the draft. Carolina has just enlisted the services of Sam Darnold. Before most of the madness got started, the Colts snagged Carson Wentz from the Eagles. Even the Bears made a move and signed Andy Dalton. It all amounts to a lack of teams ready to give up their first round draft pick, in any year, for an injury prone quarterback. There have still been rumblings that the Patriots may bring Garoppolo back home, but should Mac Jones fall in the draft to them, they may not need him and the salary he will almost certainly command.

The best bet for San Francisco at this point is to ride out his contract and allow whoever they draft this season to learn the system before becoming the 2022 starter. While you can understand the desire to pull value from him now, the fact of the matter is that it just isn’t the right market for it currently.