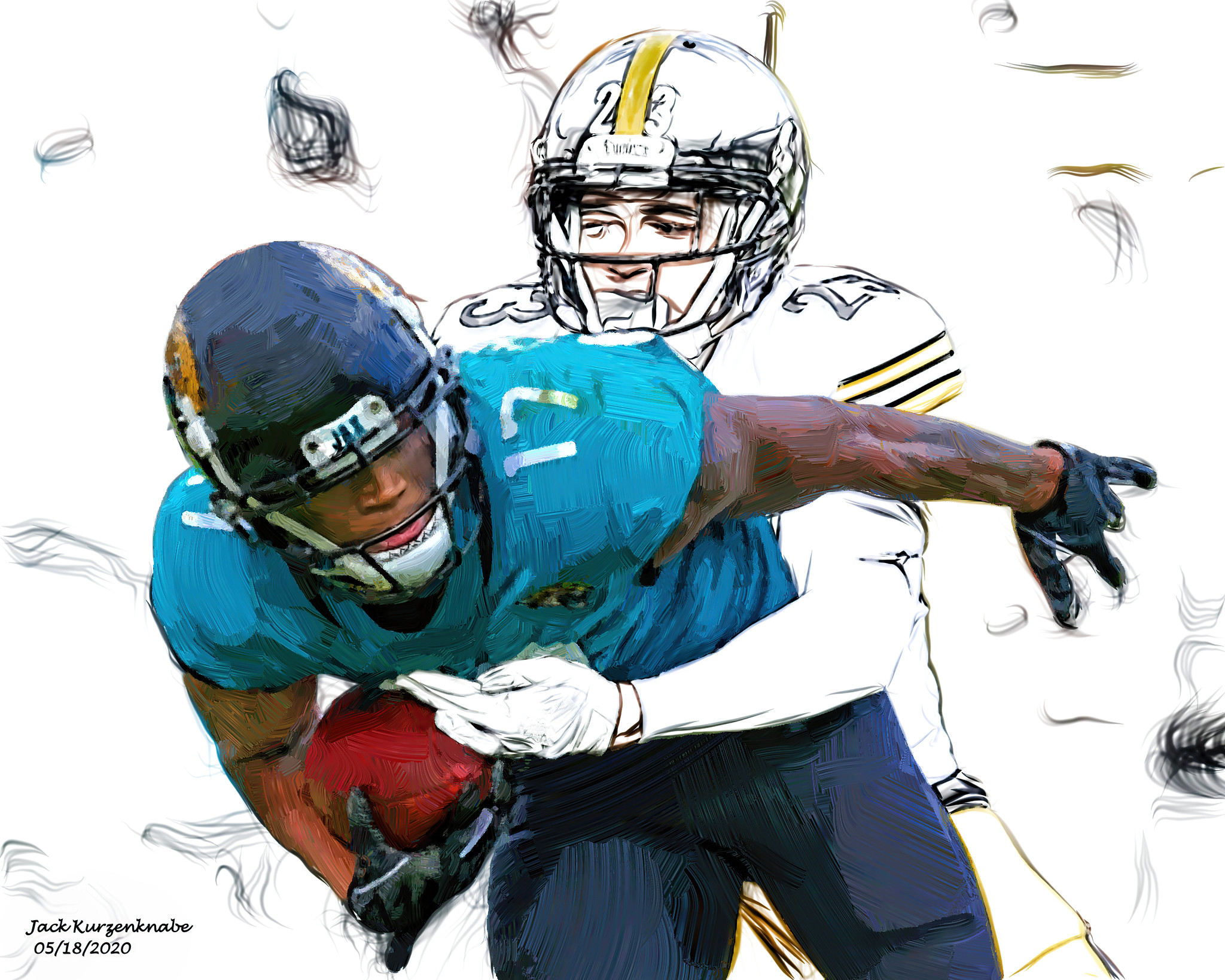 D.J. Chark is a Must BUY

It’s that dreaded time of the year again for those of us who play fantasy football”¦the offseason. Many of you, like myself (and if you haven’t I highly recommend it), have found a way of coping by diving even deeper into the role playing that is fantasy football by making ourselves the general manager of a team year round in Dynasty leagues. We start looking at stats, waiting for mock drafts to drop and obsessing over 40 yard dash times; anything to get our fix. During this process we often forget about players who haven’t broken out yet or had a down season last year and start obsessing about the next breakout star. Yes, it is important to know the new players coming out of college, but it’s also important to remember why we’re here in the first place, to win a title. Don’t get stuck looking at the future and forget to win a championship.Now is the time to take advantage and go trade for some of these players while people in your league may be undervaluing their legitimacy and overvaluing draft picks. Here, in no particular order, are three players that you should try and acquire in your dynasty leagues.

If you watched Trevor Lawrence’s Pro Day, you clearly saw Urban Myer, the new head coach of the Jacksonville Jaguars, standing right in front of everyone watching his quarterback of the future. This offense has the potential to become a dominant force for the years to come. D.J. Chark has been the # 1 WR on the Jaguars while healthy and through injury. Last season he led the team in yards with 706 yards and 5 touchdowns through the air despite only playing thirteen games. After a year where he finished 49th in half ppr formats, GMs of Chark in fantasy may be down on him. If we just look back at 2019, Chark played 15 games and finished WR 16. According to FantasyPros he’s the 29th wide receiver for dynasty leagues behind Jerry Jeudy and Chase Claypool. If you could give a RB 3 and WR 4 for Chark do so. His floor for the 2021 season is a flex candidate, but has weekly starter potential if the offense succeeds.

CEH had a disappointing 2020 for dynasty managers! That’s the only way to put it. He finished at 22 behind J.K. Dobbins, D’Andre Swift, Antonio Gibson, James Robinson and Jonathon Taylor amongst running backs after having an ADP in rookie drafts of #1 OVERALL. We can all agree that he didn’t live up to the hype, but let’s use that to our advantage. He was an RB 2 or better in 8 of the 13 games he played in. Knowing he’s a fantasy RB 2, who can still lead a dynamic offense in running back snap percentage, put a feeler out to the team with Edwards-Helaire on it and see if you can give up a WR 3 to get him, I’d do that every day of the week.

Amari Cooper, the oldest player on my list, is being undervalued where he is right now at wide receiver 16. Cooper is still the number one on this team and with Dak Prescott coming back on a new deal this team should return to being one of the top offenses in the league as it was in 2019. Don’t hear what I’m not saying, Cooper is going to have off weeks finishing over WR 70 three times”¦OVER 70 THREE times last season! So don’t overvalue him, that value of WR 16 is a great one. Finishing wide receiver 16 last season with Andy Dalton playing quarterback for 11 games, Cooper is going to also have some explosive games finishing as a  top 24 wide receiver or better 7 times. Since joining the Cowboys in 2018 he’s been the wide receiver 24 or better every year. Besides his last full season in Oakland he’s been the wide receiver 24 or better every season, it’s just what he is. If you can move a WR 3 and a middle round draft pick, even a second rounder to get a weekly starter you do it.

We’d all love to trade for Christian McCaffrey, Dalvin Cook or Patrick Mahomes But that’s not always possible as the manager is also in love with them and not willing to give them up. This list is of players I truly believe are attainable. Remember you have to give something up to get something, so don’t expect to just give nothing to get these players that will become weekly starters for you. We also have seen what they are on Sundays as opposed to middle round rookie draft picks, the proven talent is always better than speculation of what a player could be. It’s also important to remember why we play dynasty fantasy football, other than we’re addicted and need it year round. It’s “to win the game” and ultimately win the championship at the end of the season bringing home that beloved trophy, ring, or belt and rubbing it in all our opponents faces. Trading for a weekly fantasy starter is a simple way to improve your dynasty team. Now is the time championships are won and lost, in the “dreaded” offseason.

3 QB to Sell before the NFL Draft
Why You Should Fade Alvin Kamara in 2021
wpDiscuz
0
0
Would love your thoughts, please comment.x
()
x
| Reply