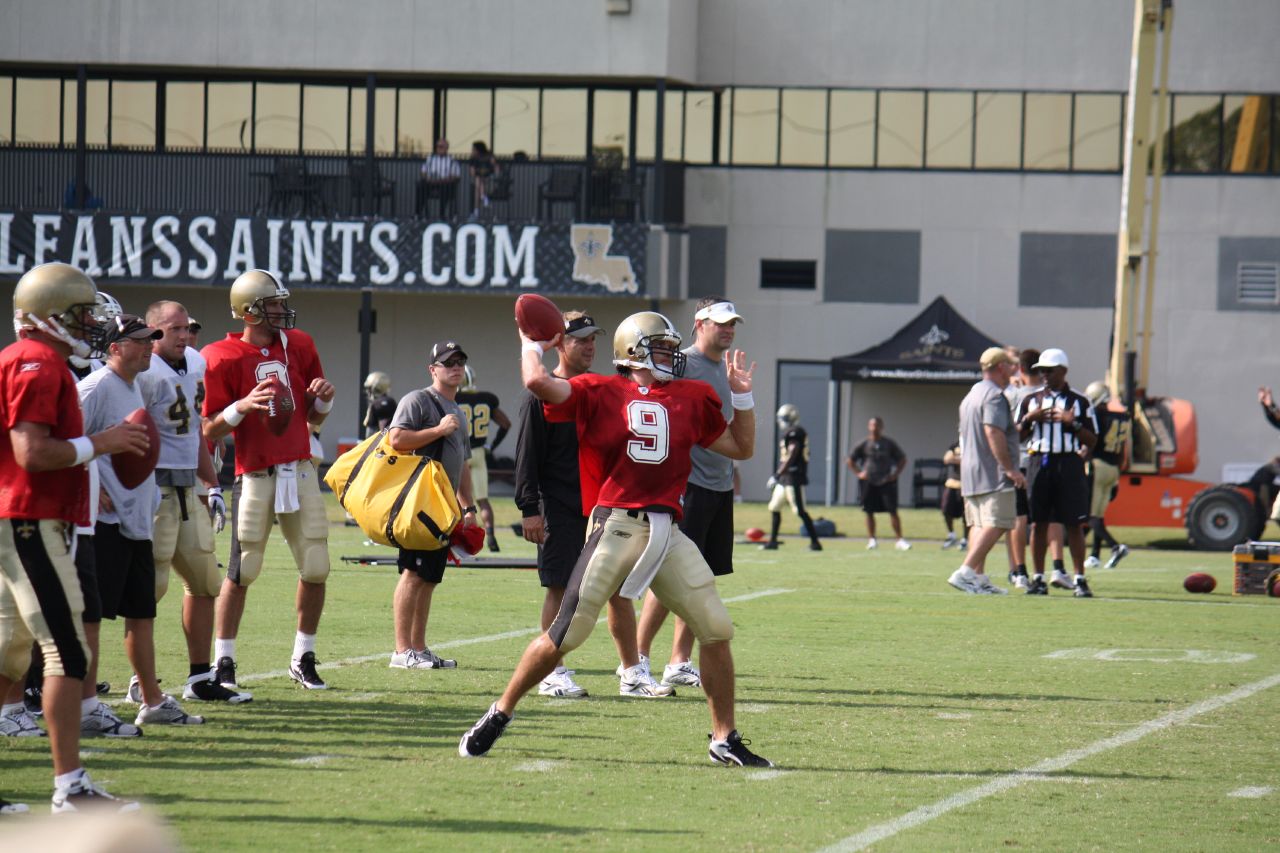 Seven NFL franchises hired new NFL coaches for the 2021 season, and a trend started to emerge between the highers. Of the seven, five come from offensive backgrounds, and four were coordinators on the offensive side of the ball this past season.

This follows a trend that the NFL has been heading down for years. Teams will line up for the coaches that can help them light up the scoreboard. If you have a track record of doing a lot on offense with very little, helping young quarterbacks reach their potential, or producing consistent, immense offensive success, you’re bound to receive a head coaching offer at some point. It’s the way the league works.

And next head coaching cycle should be more of the same. So get yourself ahead of the game, and read up on three current offensive coordinators who could be potential head coaches in 2022.

If you don’t already know who he is, allow me to introduce you to Mike McDaniel, the San Francisco 49ers’ brand new first-year offensive coordinator, but a coach with an impressive bit of history with the team already.

The reason that’s special? The San Francisco rushing attack, since McDaniel’s involvement in the running game, has been one of the best units in the league, peaking in 2019 at second in team rushing yards and eighth in yards per carry. Perhaps even more impressive, the 49ers have done it all without the help of a star running back, using an amalgam of forgotten free-agent running backs over the years to do the team’s bidding, relying on names like Matt Brieda and Raheem Mostert.

Even with a down season in 2020, the 49ers’ offense was plagued by injuries throughout the season to their running backs, quarterbacks, and offensive line. He’s been trusted enough with the departure of the team’s passing game coordinator Mike LaFleur to run the offense as the team’s dedicated offensive coordinator. And if he continues his typical level of success, the next stop for him will be a head coaching job.

The only possible knock against Leftwich’s possible potential as a head coach is his lack of coaching experience, as the former quarterback has been on the coordinating side of the game for just three seasons.

But Leftwich’s immense success during those three seasons makes the small sample size easy to ignore. Not only is his Tampa Bay offense coming off of a Super Bowl run, one where Leftwich called the plays, but they got there in large part due to an offense that finished third in points per game, and seventh in yards per game.

In fact, even without the help of Tom Brady under center back in 2019, Leftwich’s offenses still thrived, once again ranking third in points per game, and third in yards as well just one season prior.

Leftwich, in just three seasons, has proven his immense value as a coach and play-caller. With back-to-back seasons ranking in the top five in points per game culminating in a Super Bowl win, the resume is too impressive to not attract a bit of head coaching attention in the immediate future.

Saving the most obvious, and perhaps the best coordinator on this list for last. Not only did the Buffalo Bills offense thrive to the tune of 31.3 points per game, good for second in the NFL, in 2020 under Daboll’s guidance, but the Bills OC pulled off something of a miracle last season, one that will have NFL franchises lining up for his services.

What Daboll did was help to turn around the career of the young quarterback Josh Allen, who went from the league’s most inaccurate passer in 2019, to a legitimate MVP candidate throughout the season in 2020. After never having a season completing over 59% of his throws, Allen ascended in 2020 to hit 69.2%, all while throwing for a career-high in yards and touchdowns.

Credit Allen, of course, for his ascending to another level of play. But Daboll’s influence is hard to look past. The coordinator helped create a scheme that helped his young quarterback thrive, turning him from a potential draft bust to a franchise hero. For teams with young quarterbacks across the league, a success story like Daboll with Allen should get the Bills’ OC attracting head coaching offers in no time.