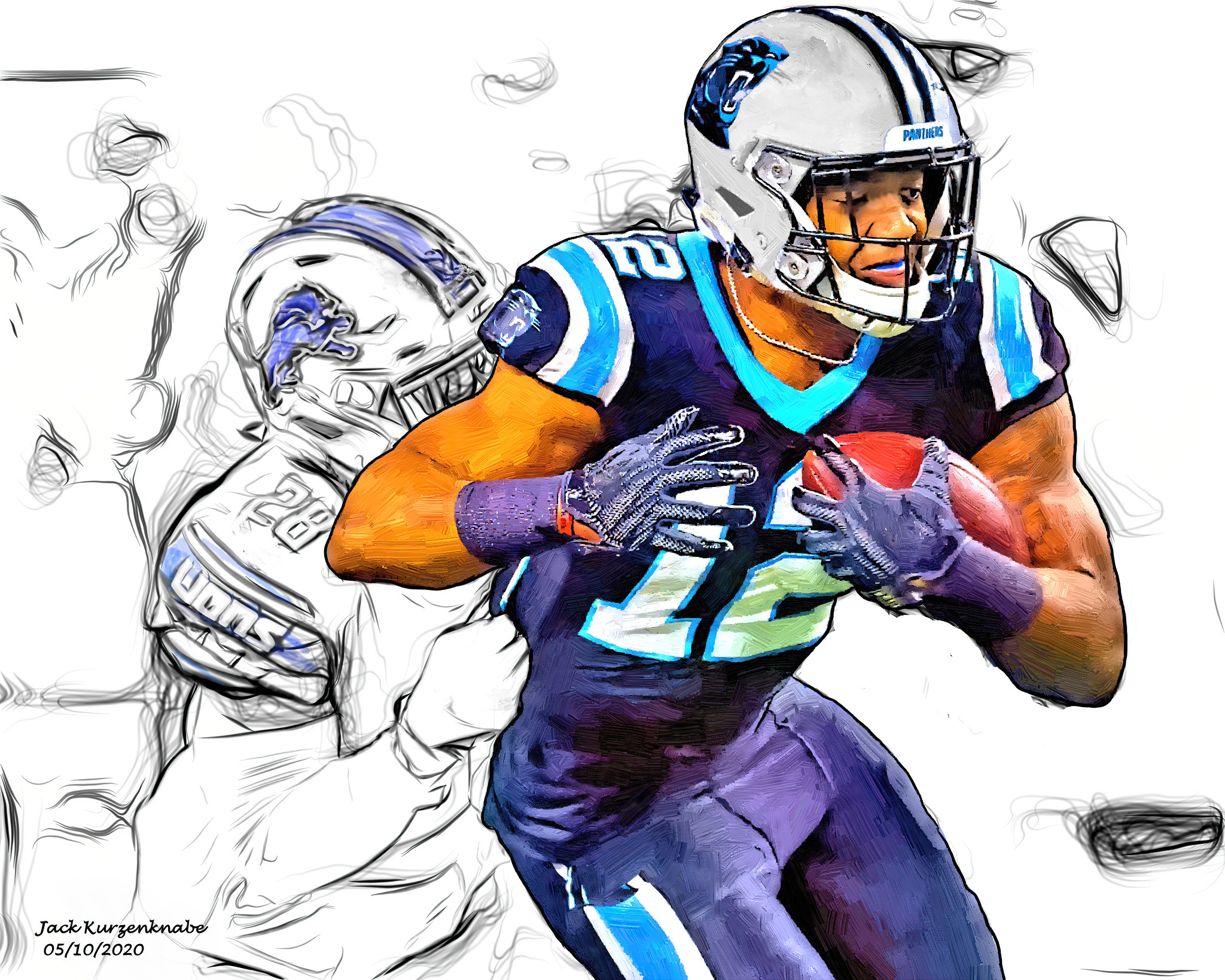 In case you’ve been living under a rock but this past Monday, April 5, 2021, Sam Darnold was traded from the New York Jets to the Carolina Panthers for a 2021 6th round pick and 2022 2nd and 4th round picks. This was a great haul for the Jets, and the Panthers have decided to go forward with Mr. Seeing Ghosts even opting in on Darnold’s 5th year option from his rookie contract.

Welcome to Carolina, Darnold. Let’s all hope the post-Adam Gase era of your career is as good as or better than Ryan Tannehill.

So, what this means is Sam Darnold is the quarterback for the Panthers for at least 2021 and 2022. This is important for him and his dynasty value, but also important for his pass catchers ”“ namely, DJ Moore and Robby Anderson.

This one is pretty much a given if you can get a fair deal done for DJ Moore at his current price or, ideally, get him from a team who thinks Darnold is a downgrade for Moore. However, I do not think Darnold is a downgrade from Teddy Bridgewater. Moore has posted back-to-back 1,100 yard seasons while working with quarterbacks like Kyle Allen, Will Grier, post-injury Cam Newton, and the before mentioned Teddy Bridgewater. Moore is QB-proof. We also need to remember Moore was a very young prospect entering his fourth professional season. He will only be 24 when the season starts. In terms of passing ceiling, Darnold is going to be arguably the best quarterback Moore has worked with so far. Ideally, we see Moore working out of the slot to utilize his YAC ability in open field like an upgraded Jamison Crowder, who averaged 14.3 PPR fantasy points per game with Darnold in 2021. I believe we can all agree DJM is a MUCH better receiver than Jamison Crowder.

Robby Anderson is coming off his first 1,000+ yard season of his NFL career. For the first half of the 2020 season, it seemed like he was the wide receiver to own in Carolina, before he fell off in the back end of the season. Now I bet you’re wondering why sell Robby Anderson but buy DJ Moore when they had a very similar season. There are two reasons. (1) Robby is a much older player who will be 28 before the season starts; and (2) we have seen the Darnold/Anderson show before. In 2019, Robby and Darnold were both on the Jets where Anderson finished the season with 52 receptions for 779 yards ”“ 33 receptions and 319 yards less than his 2020 campaign. Robby will be a serviceable player and a decent WR3/4, but I cannot expect him to exceed his 2020 seasons stats by being reunited with Darnold.

This one is a speculative add that may only cost you a rookie 4th ”“ or he may be on your waiver wire to scoop up for free. Dan Arnold has been brought into Carolina to presumably be the pass catching tight end. BUT on Sleeper, Arnold has both TE and WR eligibility. So, if there is a connection between Dan and Sam, there could be potential. After all, Darnold has made semi-serviceable tight ends out of Chris Herndon and Ryan Griffin over the years.

Any more questions, please reach out to me on Twitter @KidFlashFF

2020 WR2/WR3 That Can Make the Leap to Top 5 WR in 2021
Best and Worst Fantasy Destinations for Ja’Marr Chase
wpDiscuz
0
0
Would love your thoughts, please comment.x
()
x
| Reply