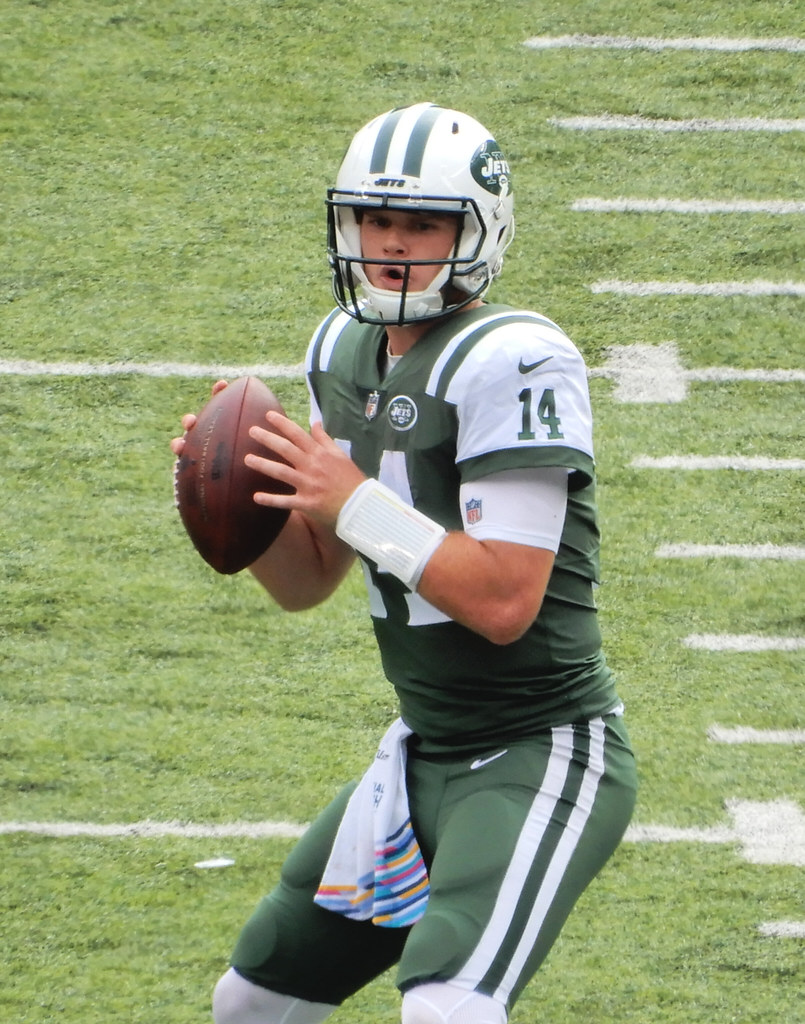 Who won the Sam Darnold trade?

It appears the Jets’ smoke screens are starting to disappear. With the trade of Darnold, it is evident they will use the second overall pick on Zach Wilson. Now, the Jets face the familiar task of building around the young quarterback.

In 2020, the current GM of the Jets, Joe Douglass, admitted that the team failed to build around Darnold. In exchange for Darnold, the Jets received the Panthers 6th round pick in 2021, and a second and fourth in 2020. Presently, the Jets hold 21 picks in the next two drafts, 10 of which fall in the first three rounds.

While Jets fans have seen this script before, more picks is always a starting spot for a rebuild. Beyond Wilson, the Jets are likely use their plethora of draft capital on a running back and several linemen. Seemingly, the Jets have a coach, GM and quarterback that are all on the page”¦ the first page.

When the Robert Saleh era begins this fall, the Jets will tout a new receiver. With the addition of Corey Davis, Wilson is already looking at a better receiving core than previous Jets quarterbacks. Again, whether Wilson succeeds or not is yet to be seen. But, moving forward, the Jets loading up on picks is a step in the right direction.

From the start of the offseason, the Panthers have been focused on upgrading at quarterback. Yet, when trading with the Jets, the Panthers settled for Darnold, rather than the second overall pick. The Panthers were hungry enough to trade for a starter. But, unlike many teams this year, they are not starving to draft a franchise quarterback.

Most likely, the Panthers will trade the eighth overall pick in the 2021 NFL Draft. Simply, one of the quarterback-starving teams will make Carolina an offer they can’t refuse. If the Dolphins landed four picks for the third overall pick, then the Panthers can expect a decent return.

However, if Kyle Pitts is available, then the Panthers could be eager to take the Florida standout. Or maybe they decide to take the best available lineman to protect Darnold. Conversely, if Carolina wants to upgrade their secondary, then they have options of elite cornerback prospects. Ultimately, by deciding that they are hungry, not starving, the Panthers have a lot of flexibility in the draft.

On the field in 2021, they will have Sam Darnold, former third overall pick, at quarterback.  In Darnold, the Panthers are getting an unfinished product. Highly touted out of USC, Darnold was never put into a situation to succeed with the Jets. However, just moving away from Adam Gase should be enough to cause an uptick in production.

With Darnold entering the fourth year of his rookie contract, the Panthers are essentially taking a one year trial with Darnold. Clearly, consistency and durability have been issues for the young quarterback. But, there is still plenty of upside to explore.

Well before the trade, Sam Darnold knew that he would enter the 2021 season playing for a new coach. In 2018, he played his rookie season under Todd Bowles. After the Jets fired Bowles, Darnold spent the next two seasons playing for Adam Gase. With the hire of Robert Saleh, the Jets would have provided three coaches in four years for Darnold.

Evidently, the Jets coaching carousel limited Darnold’s development. Naturally, Darnold regressed under Gase.  From 2019 to 2020, his touchdown rate decreased and interception rate increased. As a result, Darnold led the Jets to the worst offense in the league, both years with Gase. Now, Darnold is finally free from Adam Gase.

Enter Joe Brady. At the start of the 2021 season, Darnold will be only 24 years old. The same age as Bengals’ quarterback Joe Burrow. In college, Burrow led the LSU Tigers to an incredible championship run with Joe Brady as the passing game coordinator. If Burrow is any indication, then Darnold is in great hands.

Last season, Brady engineered an offense that finished 18th in the NFL in passing offense. Incredibly, this came with all-pro Christian McCaffery playing in only three games. Furthermore, Darnold is reunited with Robby Anderson, who is coming off of 95 receptions for 1,096 yards in 2020. Over two seasons together, Darnold found Anderson for 11 touchdowns.

Essentially, for Sam, this is a chance to hit the reset button. Out of New York, Darnold will face a less critical media presence in Charlotte. In Carolina, Matt Rhule and Joe Brady will finally offer Darnold a chance to play in a system. Objectively, CMC is the best weapon Darnold has ever had. At last, Darnold will be able to develop into the player that the Jets thought he could be.

Lastly, this season will be an audition for Darnold. Whether the Panthers pick up his option for 2022 or let him enter free agency, Darnold will be betting on himself this year. For all of the reasons stated above, Darnold will be motivated with Carolina. Especially in Week 3, when the Jets play in Carolina.

Players The Cleveland Browns Could Target At Pick 26 In The NFL Draft
Top 3 CB Draft Targets for the Eagles Outside of Round 1
wpDiscuz
0
0
Would love your thoughts, please comment.x
()
x
| Reply