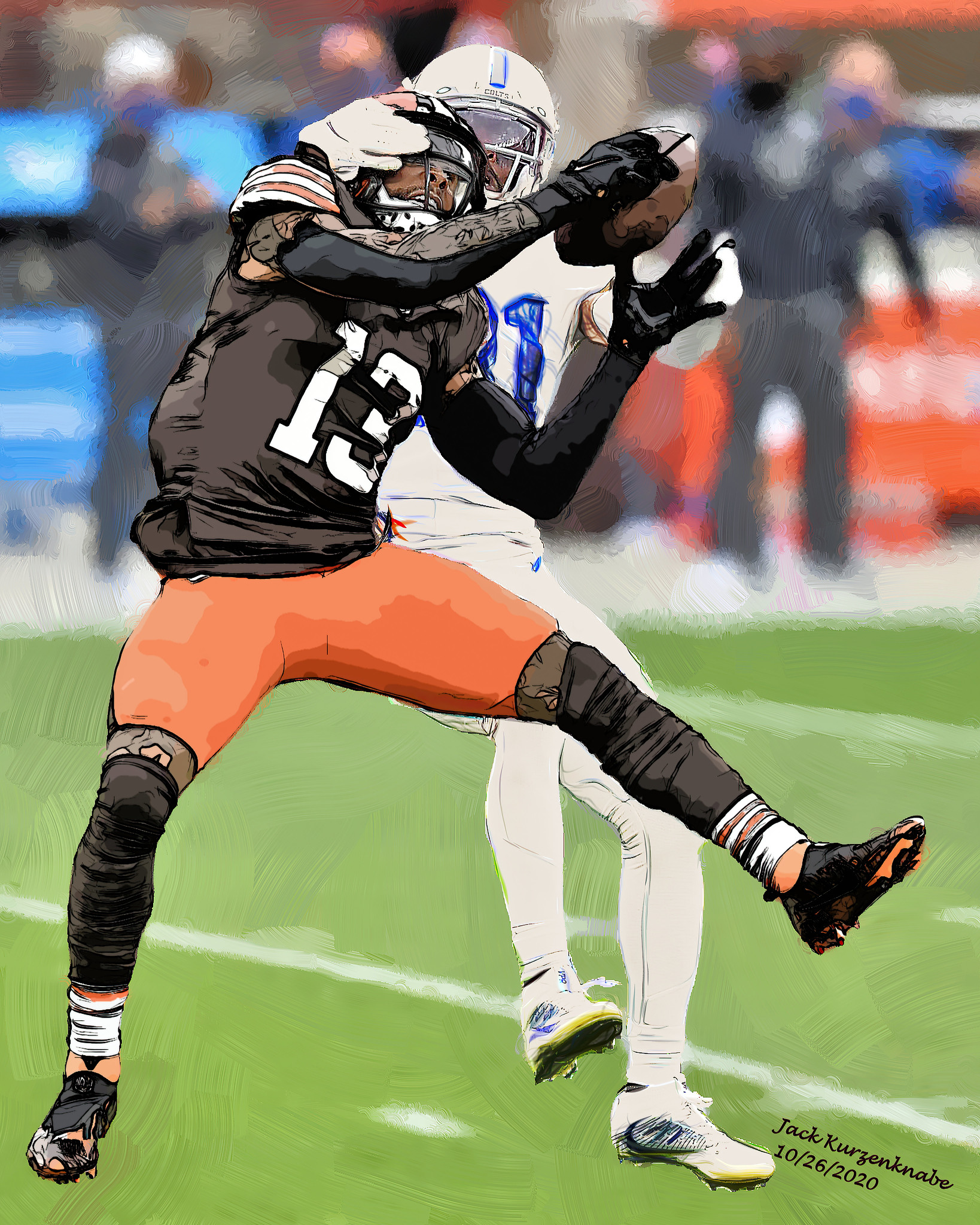 Who Should Cleveland Draft With The First Pick?

Rejoice, the NFL Draft is under three weeks away! There have already been some interesting trades made by the Miami Dolphins, San Francisco 49ers, and Philadelphia Eagles. Needless to say, no dull moments and we haven’t even gotten to the first draft night. The Cleveland Browns hold pick 26 and should be poised to add a dynamic defensive playmaker at that spot. Let’s take a look at who they might target in the first round.

The Browns have addressed the secondary already in Free Agency, but GM Andrew Berry has said numerous times that “you can’t have too many good corners..” While it may not be a huge need, the Browns already held a virtual meeting with Greg Newsome II, so clearly they see some potential in him. He is a tall ball-hawking Cornerback that could make big plays on Cleveland’s defense.

Sticking with the defensive back theme, a lot of analysts have Asante Samuel Jr mocked to the Browns at pick 26. He wouldn’t be a bad pick by any means, but he could be a slight reach at that point. The Browns could trade back to 28 or 30 and Samuel would likely still be there. Either way, adding him to the secondary would only make the defense better. Samuel is more of a man to man corner opposed to zone, but he could be coached up at the pro level.

The defensive line is probably the one area that Cleveland could continue to improve on. They signed Takk McKinley in Free Agency, but drafting a young edge rusher is overall what Andrew Berry should do. This isn’t a deep edge class, but there could be a few good options at 26, including Miami product Jaelan Phillips. He is super quick off the line and plays well laterally. The biggest concern with Phillips is that he has dealt with several major injuries in his young career, so that might be as issue that causes Andrew Berry to pass on him.

Also coming out of The U is dynamic edge rusher Gregory Rousseau. He has a bigger frame that Jaelan Phillips and less injury concerns, so it would be interesting to see what the Browns do if both are there at 26. Rousseau opted out of the 2020 season, but in 2019 he had 15.5 sacks. Having him opposite of Myles Garrett could be a scary duo for years to come.

The Browns addressed Linebacker in Free Agency with the signing of Anthony Walker, plus they have Jacob Phillips, Sione Takitaki, and Malcom Smith coming back. They might be set at the position, but it would be impossible to pass up on Jeremiah Owusu-Koramoah if he fell to 26. He is the fast, aggressive linebacker that Cleveland needs to chase down Lamar Jackson in the AFC North. He will most likely be gone before Cleveland’s pick, but it would be a dream if he somehow fell.