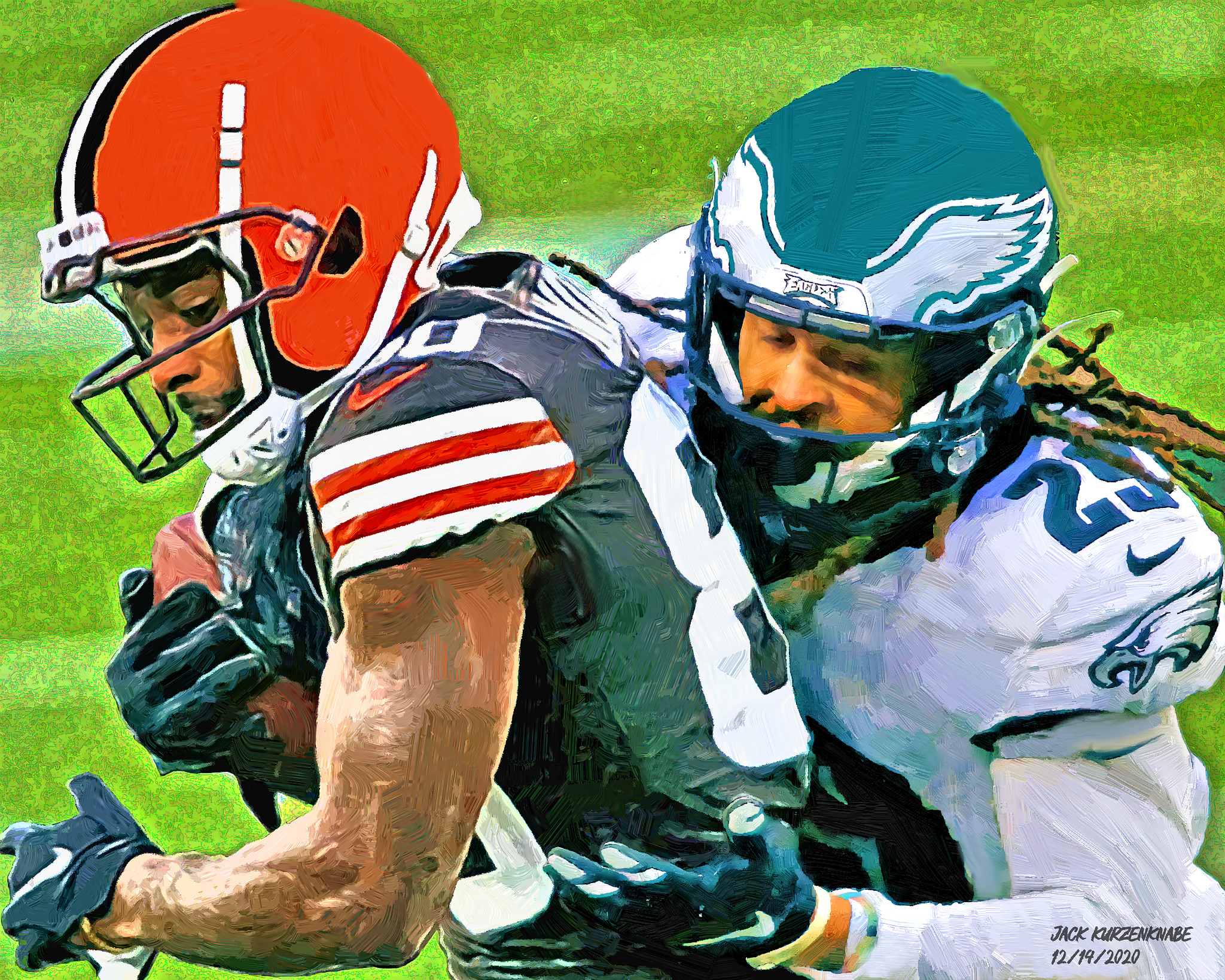 Which CB Could The Eagles Target?

The draft does not end after the 32nd pick.

Much focus on the NFL Draft is centered around the first round. It’s where all of the big name prospects are, and where the potential superstars are found. It isn’t the only important round in the draft though. Days two and three are where you win drafts. Cornerback is one of the deepest positions in this year’s draft, and if the Birds miss out on Jaycee Horn or Patrick Surtain, one of these mid round cornerbacks would be great additions to the squad.

If you were to create a Jonathan Gannon cornerback in a lab, he’d look a ton like Syracuse’s Ifeatu Melifonwu. Standing 6’2 with 32 ¼ arms, he fits the bill as an extremely tall and long corner. He uses his size and length really well, able to break up passes and run defend really well. He’s not just a big lumbering corner ever, he has legit 4.4 speed and has some really good short area quickness. Melifonwu is the most underrated cornerback in this year’s draft, and is a perfect fit for the Eagles new system.

Sorry Eagles fans, this one’s going to make you feel a bit old. The son of former Eagles fan favorite cornerback Asante Samuel, the Florida State corner plays with a similar swagger to his father. Samuel Jr. is extremely sticky in man coverage, using his plus athleticism to stay attached to the receivers hip. He is aggressive, but isn’t over aggressive. He has a great football IQ, knowing when to break on passes. He’s technically sound and is a really good athlete. He might be a tad bit undersized, but doesn’t play like it. Asante Samuel Jr. might not be the traditional fit for the systems Gannon’s teams have run in the past, but he could be a really good option on day two.

Yes I know Shaun Wade’s stock isn’t trending up heading into the draft. The college football playoffs were bad to say the least. He did not look good against Cornell Powell and Devonta Smith (to be fair almost no corner did against Smith this year.) That is fine though, let him fall due to his bad play on the outside. Context is important though. Wade only played on the outside due to Jeff Okudah and Damon Arnette both being drafted. The Buckeyes didn’t really have a go to option at outside cornerback, and Wade stepped in after looking like a first round pick as a slot corner. He doesn’t have to play on the outside for the Eagles, and probably won’t.

Before this year Wade was seen as a potential first rounder. He’s at his best in the slot, where he can use his athleticism and physicality underneath to make plays all over the field. He doesn’t have to worry about safety help and can just play his natural game. He’s able to cover receivers and tight ends down the middle of the field, as well as make hard tackles. Wade could potentially be Philly’s version of Kenny Moore in Indianapolis, and could be a really good value on day 2- early day 3.