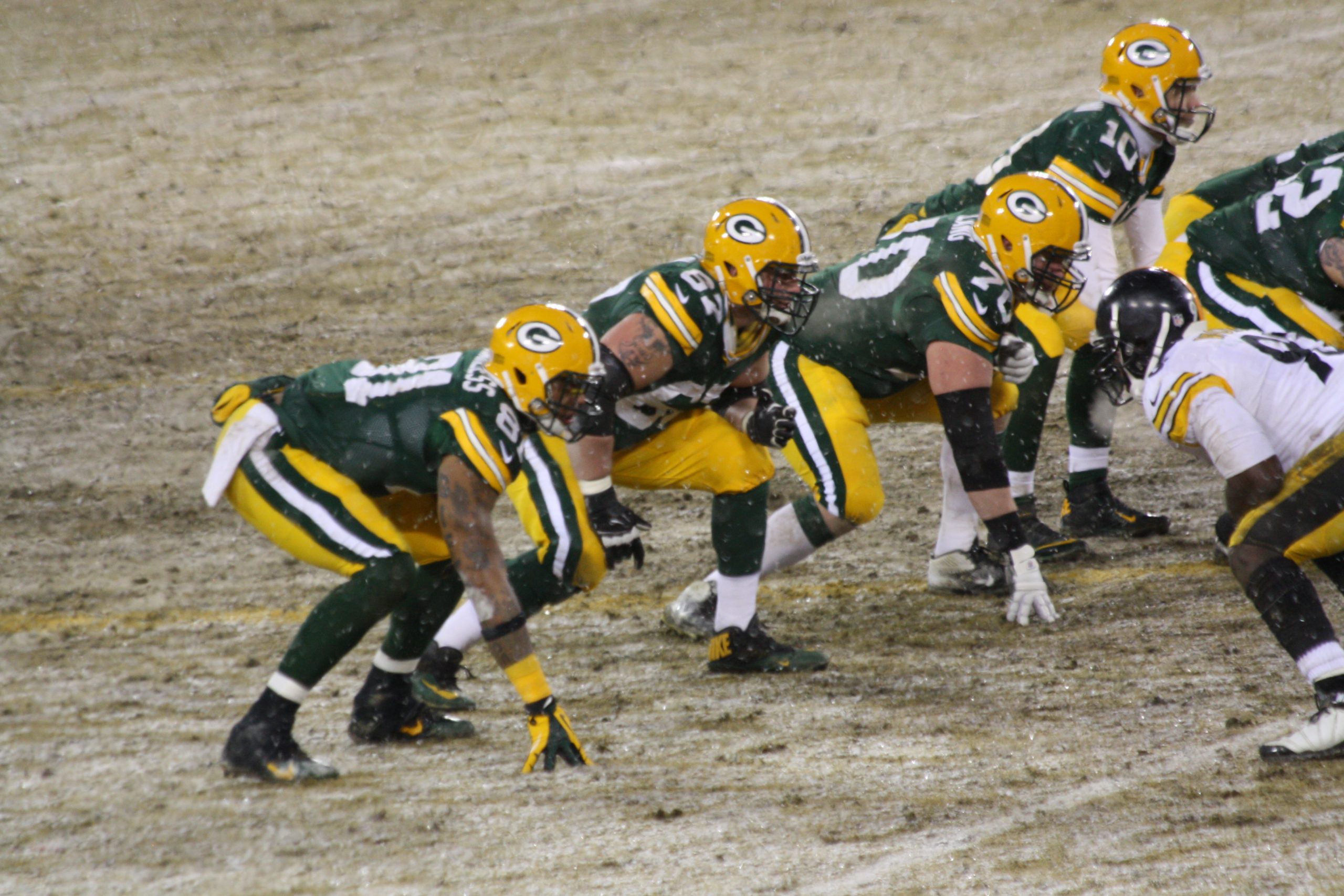 After back to back years of winning 13 regular season games and advancing all the way to the NFC Championship Game, it’s fair to say that the Packers have high hopes of a Super Bowl heading into the 2021 NFL season. As long as Aaron Rodgers is playing quarterback they always have a chance, but the skill and depth of this roster makes them a complete team and among the best in the league. They have not added anything this offseason in free agency, but the Draft will now give them an opportunity to put some finishing touches on their roster.

One position group that they will look to solidify is the offensive line. Blocking has been a strength for this team in recent years and they hope to continue with that trend. There are some concerns that need to be looked at, such as the health of David Bakhtiari after major surgery as well as the loss of Corey Linsley to free agency. These two things make offensive line a strong option for their 29th overall draft pick. If they do indeed go that route, let’s take a look at 3 potential candidates.

The extremely versatile offensive lineman is projected to be as high as a top 10 pick by some “experts” but as low as a second round pick by others. This is because his biggest strength is also potentially his weakness. Slater is capable of playing any of the five positions on the offensive line, which is a luxury on one hand and a possible identity crisis on the other. It may take some experimentation to find where he fits best on the line, but his talent clearly suggests that he will be solid when he finds his home.

His skillset definitely fits the profile of an offensive tackle, but his measurable attributes may make him a better fit on the interior. In fact, some scouts believe that his best fit in terms of position may actually be center. If that ends up being true, that would be an ideal situation for the Packers while looking to replace Linsley. If Slater does happen to fall a bit in this draft, which is a possibility, there is a good chance the Packers would select him.

Dickerson is pretty clearly the best true center prospect in the entire draft. His talent and skillset appear ready to make him an immediate starter in the NFL but the big concern is his health. He had multiple major injuries throughout his college career so his durability is a giant red flag right now. This makes him a classic high risk high reward type of pick in this Draft.

His fundamentals and technique make him the ideal rookie candidate to step right in and replace Linsley at center. If it wasn’t for the alarming injury history, Dickerson would be the clear favorite for the Packers with their 29th pick if he were to still be available to them. With the current concerns, it’s almost a guarantee that he will still be on the board when Green Bay is on the clock but they will need to decide if his potential production is worth the health gamble.

In the time leading up to the Draft, one offensive lineman whose stock seems to keep rising is Eichenburg. He fits the mold of a typical starting tackle in terms of skill but some scouts are a bit concerned that he may lack the athleticism to be a top tier player at the position. He is a very high floor type of prospect because of his abilities, and there is always some value in taking a “safe” pick.

When looking to solidify the offensive line, like the Packers are, there is never really anything wrong with taking a proven tackle. He could contribute on the line immediately and be a long term piece for this team moving forward. He may not necessarily qualify as an “exciting” pick but solid players like him can be the backbone of a winning team.