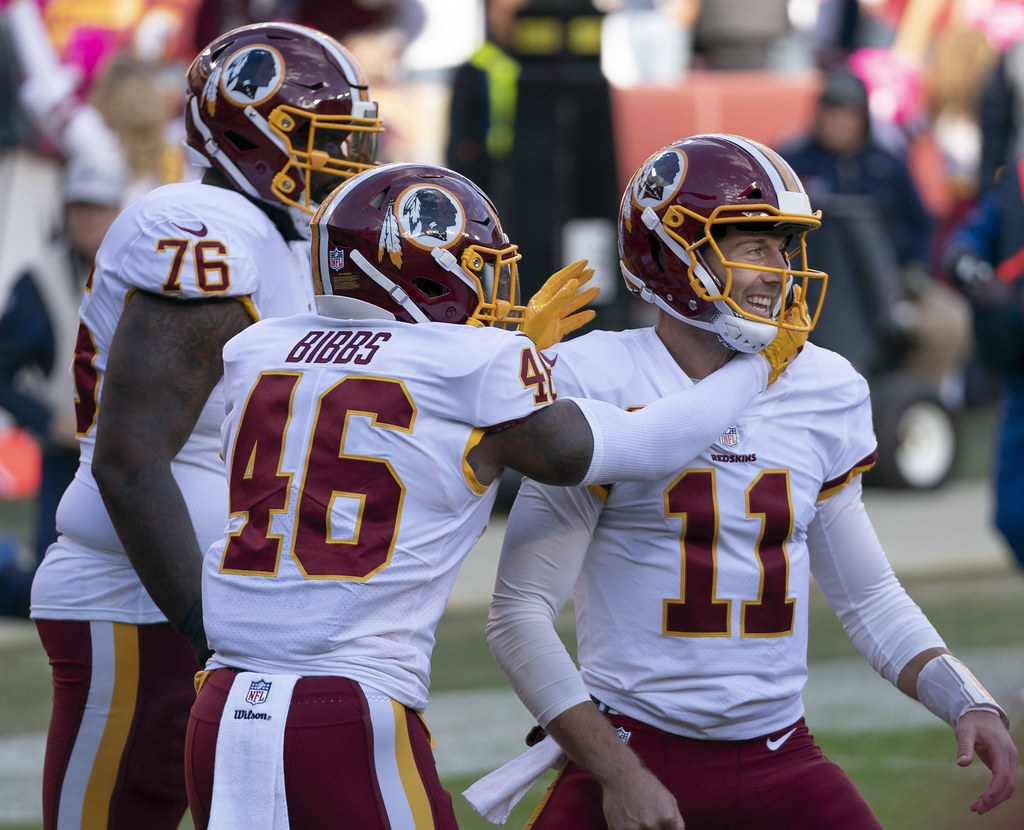 The reigning ”˜Comeback Player of the Year’ is on the market and looking for a new home.

After being released by the Washington Football Team last month, quarterback Alex Smith is now on the move in search of a new home, turning the latest page in his miraculous return to football.

Smith, despite leading Washington to a 5-1 record in six starts last season, was deemed a cap casualty for the team. Prior to his injury in 2018, Alex Smith had signed a monster four-year, $94 million contract extension. The move to part ways cleared $14.9 million in cap space and, most importantly, gave a fresh start to both parties. Following his release, Smith went on to speak about the severed relationship with his team in an exclusive interview with GQ.

Alex Smith’s future in the league is still up in the air. But after months of rehabilitation, it isn’t likely we will see Smith walk away from the game just yet.

With that being said, here are three teams that could use Alex Smith’s services this coming season:

With the NFL Draft looming closer, it won’t be a surprise who the Jaguars take with the first overall pick. Trevor Lawrence is undoubtedly the future of Jacksonville football. With that, it seems likely that the team will move on from Gardner Minshew, who is currently drawing in serious trade interest this offseason. If the team does decide to trade Minshew, the tradeoff could be a useful one in their rebuilding process for years to come.

The strongest link to Jacksonville is none other than their new head coach, Urban Meyer. Smith played under Meyer at Utah University back in 2004. The duo led their team to an unbelievable 12-0 season, which they finished as the No. 4 ranked team in the nation.

A potential reunion with Meyer could be beneficial for both parties. Smith could serve as a great mentor and ease Lawrence into his transition to the NFL. The move to sign with Jacksonville also has the upside of potential playing time if things don’t go as smoothly for Lawrence early in the season. Not to mention, Smith could have himself a nice payday as Jacksonville currently holds about $39 million in cap space available, the most in the NFL.

It feels safe to say we have seen the last of Deshaun Watson in a Texans uniform. The team has already signed Tyrod Taylor earlier this offseason, but his contract only guarantees a mere $2.5 million, a salary that seems average for a backup quarterback around the league.

So now does that make Houston a landing spot for Smith?

Just ask new head coach David Culley. When asked what he could do to turn his team around in one offseason he replied:

Well, that competition will likely be where Alex Smith could come into play for the Texans. Houston does not have a single draft pick in the first two rounds of the draft, leaving them officially out of the QB sweepstakes that will take place in the first round.

For what it is worth, Alex Smith has some familiarity with Culley from his days with the Kansas City Chiefs. Alex Smith is a serviceable veteran quarterback who is looking for a second chance in this league. He just might be what the Texans are looking for.

Yes, even with after the trade acquisition of Carson Wentz, the Colts should still be active bidders for Alex Smith this season. Wentz has been a giant question mark at quarterback as of late, and there is still a chance that even a change of scenery won’t get him to turn things around. If that does end up being the case, it would be wise for the Colts to sign a quarterback behind Wentz who can lead the team down the stretch.

Indianapolis could very be the most ideal situation for Smith this season. There is real potential for some playing time and if the opportunity ever presented itself, he’d be doing it behind one of the best offensive line units in the league.

The Colts are a team that is ready to win now. Smith could very easily put himself in a position to compete for a spot in the playoffs. As far as getting paid goes, money shouldn’t be an issue. Just ask Jacoby Brissett who made more than $20 million last season as Phillip Rivers’ backup.