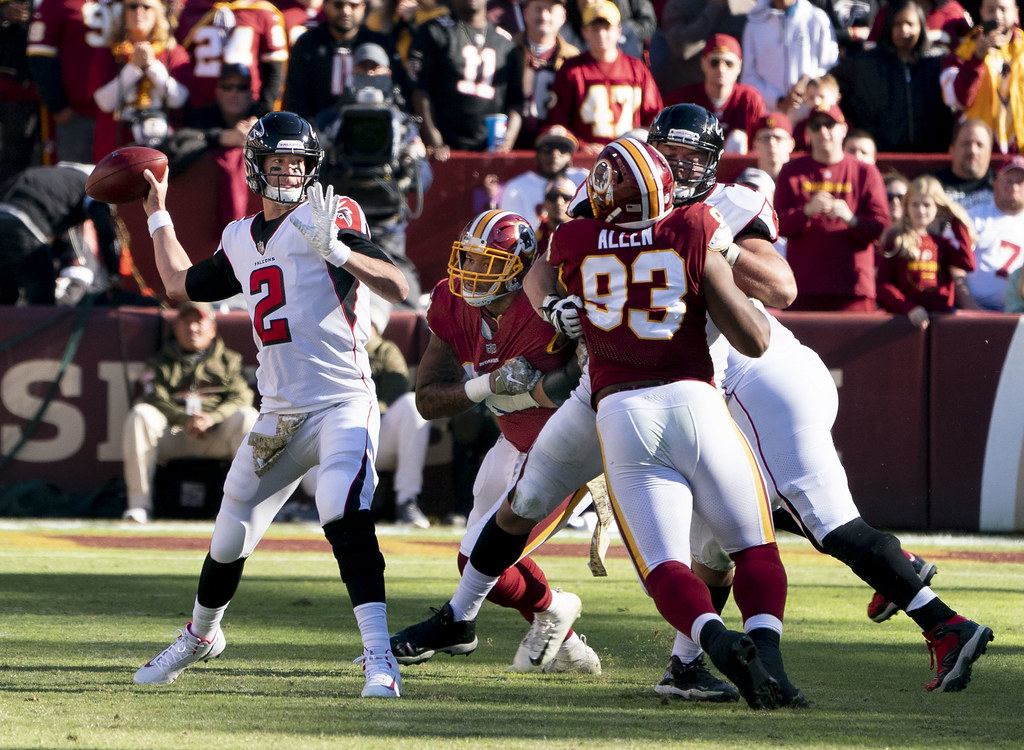 Falcons Matt Ryan is doomed in 2021

Quarterback, some say it’s the most important position on the football field, and every team is trying to get their franchise player. In fantasy redraft leagues Patrick Mahomes, Josh Allen, Lamar Jackson and Kyler Murray sit atop the throne of players to draft. To get them you have to pay the price, a fourth, third or even a second round draft pick must be used to get one of these players on your team. These players are all but locked into their rankings unless injury would befall them.Most of us will be stuck taking a quarterback in the mid to late rounds, and often that serves as our fantasy starter through the year. It seems like every year there is a quarterback with a late average draft position that launches themself into the top 12; Justin Herbert did it last year and Lamar Jackson the year before. Taking the chance on high upside players later in the draft is how you win championships. These are some players that are garnering a lot of hype but don’t have as much of an upside as you would believe. Here are players I urge you to use caution drafting in the later rounds.

Headed to LA, where they have sunshine and offensive minds, Stafford was traded this offseason from the Detroit Lions to the Los Angeles Rams for Jared Goff and a slew of draft picks, including two future first round picks. Head coach Sean McVay is really putting his trust in Matthew Stafford. We’ve seen great years out of Stafford in the past, finishing as high as the QB 7 in three separate seasons, but over the past few seasons the position has changed. It really helps to have a rushing upside in fantasy whichStafford does not. He had the 27th most rushing attempts amongst quarterbacks last season with 29 and was 26th in yards with 112. He’s averaged 2.1 carries per game and 116.2 yards per season over his career. He’s never been a rushing quarterback, he’d much rather dump it down to the running back. Without that rushing upside he won’t be a top QB again. His other problem may come in the touchdown category. Stafford has averaged 25 touchdowns a season over his career, his high was in 2011 with Calvin Johnson where he threw 41 touchdowns. That number has dropped down to 22 over the last three seasons. Stafford could easily have the most pass attempts or the most passing yards in the league under McVay, but even with the extra game he might only hit 30 touchdowns. There are so many quarterbacks out there that have little passing ability with tons of rushing ability that I would rather take my chances on than Stafford this season.

Tua has had it made in the shade for a while. Not that he hasn’t had his downs, but since coming in at halftime for Alabama in the 2018 National Championship game and winning, the hype has been there. Adding a new weapon Will Fuller V this offseason, the run game playing the way it did last season and that defense, whew! The hype around this whole Miami team is enormous. Among quarterbacks that played nine or more games, Tua finished 30th in points per game. He had one week in which he finished as a top-12 QB (week 14 finished QB4), other than that he never finished higher than QB 15. When it comes to his passing, he had the 32nd most passing yards per game with 181.4, and ranked 33rd in yards per attempt with 5.89, again among quarterbacks who played nine or more games. He wasn’t throwing the ball down the field. Tagovailoa seemed to be playing very conservative last year, almost scared. With Ryan Fitzpatrick now gone, Tua has to step up and not play as a game manager to be productive in fantasy. Yes he has a ceiling that can land him in the top 12 QBs, but his floor that could easily land him outside of the top 20.

Atlanta is picking 4th this year in the draft and who knows what they will do. They could add offensive line help, secondary, add a running back, they could trade back or even draft Matt Ryan’s replacement. After going 4-12 last season it’s really up in the air at this point. Matt Ryan led the league in pass attempts and complex by tions last year and still finished as QB 12. He had weekly finishes outside of the top 12 quarterbacks nine times last season. Much like Stafford, Ryan doesn’t run the ball much, averaging 2.1 attempts a game for his career and he doesn’t throw very many touchdowns either, averaging 26.6 touchdowns a season (league average is 27.2). Julio Jones and Calvin Ridley are still there and will still produce, but they’ve produced in the past without Matt Ryan being fantasy relevant. This team, and Ryan, have the potential for big things, they could also do exactly what they did this past year and be the worst team in the division and the worst team in the NFC. Matt Ryan will have a few weeks where he will score big for fantasy, but good luck predicting those games. More often than not he won’t be a starting quarterback for fantasy and a reason you don’t need him on your team.