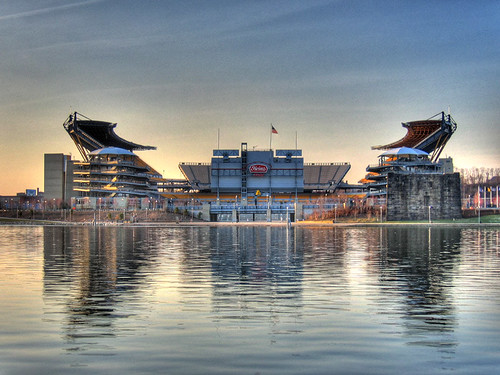 Where Will Najee Harris Land?

There are less than two weeks until the 2021 NFL Draft that is set to take place on April 29th. A popular question asked after the draft is when is an appropriate time to draft rookie skill position players during (redraft league) fantasy drafts. This question usually won’t get answered until the dust settles from the draft and the players are all paired with their new teams.

However after weeks of speculation there have been a couple of teams that have been pinpointed as potential destinations for this years top prospects. So why wait to determine the fantasy value of these players when there already is a solid consensus of where these players can end up?

Here are the best and worst destinations for Alabama Running Back Najee Harris to land for his fantasy value during the 2021-22 NFL season.

Najee Harris is a senior who played running back at Alabama. For the past two seasons Harris has been the lead back for the Crimson Tide’s offense. Harris is a part of a fraternity of Alabama running backs who are projected to be outstanding starters at the NFL level. He played a major part in Alabama’s National Championship Season. Harris was third in the country in rushing yards with 1,466 yards and led college football with 26 rushing touchdowns this past season. Despite playing in an offense that featured three potential first round picks in Mac Jones, Jaylen Waddle, and Heisman winner DeVonta Smith, Harris was a major contributor to Alabama’s offense and was able to showcase that he was one of the best running backs in college football.

This past season Harris showed that he can use his 6’1” 232lbs frame to his advantage and run with more power. Not only is Harris seen as a power-back he is also great at catching the ball out of the backfield for a back of his size. He had 43 receptions for 425 yards and 4 receiving touchdowns last season.

There are a lot of people who believe Harris could be the first running back taken in the 2021 NFL Draft. This mean he could be selected anywhere between the middle of the first round to the beginning of the second round. No matter where he is drafted Harris is expected to be the teams number one running back and is expected to take a majority of the teams backfield reps.

The Pittsburgh Steelers have a lot of needs they have to address in this years draft if they want to ensure that they return to the playoffs in 2021-22. But they may feel that taking Najee Harris with the 24th overall pick would give them the best value at major need in the first round. Pittsburgh needs a new starting running back after James Conner officially signed in Arizona. But even if Conner resigned with the team, they were in need if a consistent threat out of the backfield who can stay healthy.

If Harris lands in Pittsburgh he would immediately become the team’s primary running back over Benny Snell, Jaylen Samuels, and Anthony McFarland. He would be good for 200+ carries in his rookie season.

The reason why he would flourish in Pittsburgh is because he could easily turn Pittsburgh into a run-first team who wins games through a dominant run attack and great defense. Harris would get the opportunity to be the featured player in Pittsburgh’s offense because at this point of 39-year-old Ben Roethlisberger career, he can no longer carry an offense. On top of that Harris would rarely have to deal with opposing defenses stacking the box to stop the run. This is because defenses wouldn’t want all of Pittsburgh’s elite receiving threats like Diontae Johnson, JuJu Smith-Schuster, Chase Claypool, and Eric Ebron seeing one on one coverage downfield. Roethlisberger could get very comfortable dumping the ball to Harris on passing plays if he doesn’t have a better option open beyond the line of scrimmage.

That is why if Harris was drafted to Pittsburgh he would be a solid RB2 with the potential to become a fringe RB1 in standard leagues. Another factor to consider when determining Harris’ value is how Pittsburgh addresses their offensive line during the draft.

Another team who could be interested in taking Najee Harris in the first round is the Buffalo Bills. After just falling short of the Super Bowl this year the Bills do not have a lot of major needs on their roster. If Buffalo doesn’t see a defensive player they like when they pick at #30 they could take the best player available who could very well be Harris. The Bills currently do not have a running back that is capable of being a major threat to opposing defenses. Both Zack Moss and Devin Singletary rushed for less than 700 yards each last season. Both are more suited to be complementary backs to a more dominant ball carrier.

Buffalo would be a a rough place for Harris to land from a fantasy standpoint because their offense relies heavily on Josh Allen and the passing game. The Bills were as dominant as they were last season because they were fantastic at moving the ball downfield with their outstanding receiving core featuring Stefon Diggs and Cole Beasley. Harris likely would not be featured early in-game scripts he would see most of his work later in the game when Buffalo is trying to secure a victory.

On top of that Harris would likely get vultured by Josh Allen near the goal line. Even though Harris’ purpose would be to limit how often Allen gets hit and decides to run the ball, Buffalo is not going to take the ball out of their most dominant rusher from a season ago’s hands. He would also lose a decent amount of carries to Devin Singletary and Zack Moss as well.

Harris should be valued as a high end flex in standard leagues if he lands in Buffalo. It hard to knew what to expect from him in an offense that relies so much on Josh Allen and the passing game. He could very well be a better football player than fantasy player if he lands in Buffalo. It would be hard to imagine Harris having a major role in this offense early in his career unless they make some major philosophy changes.