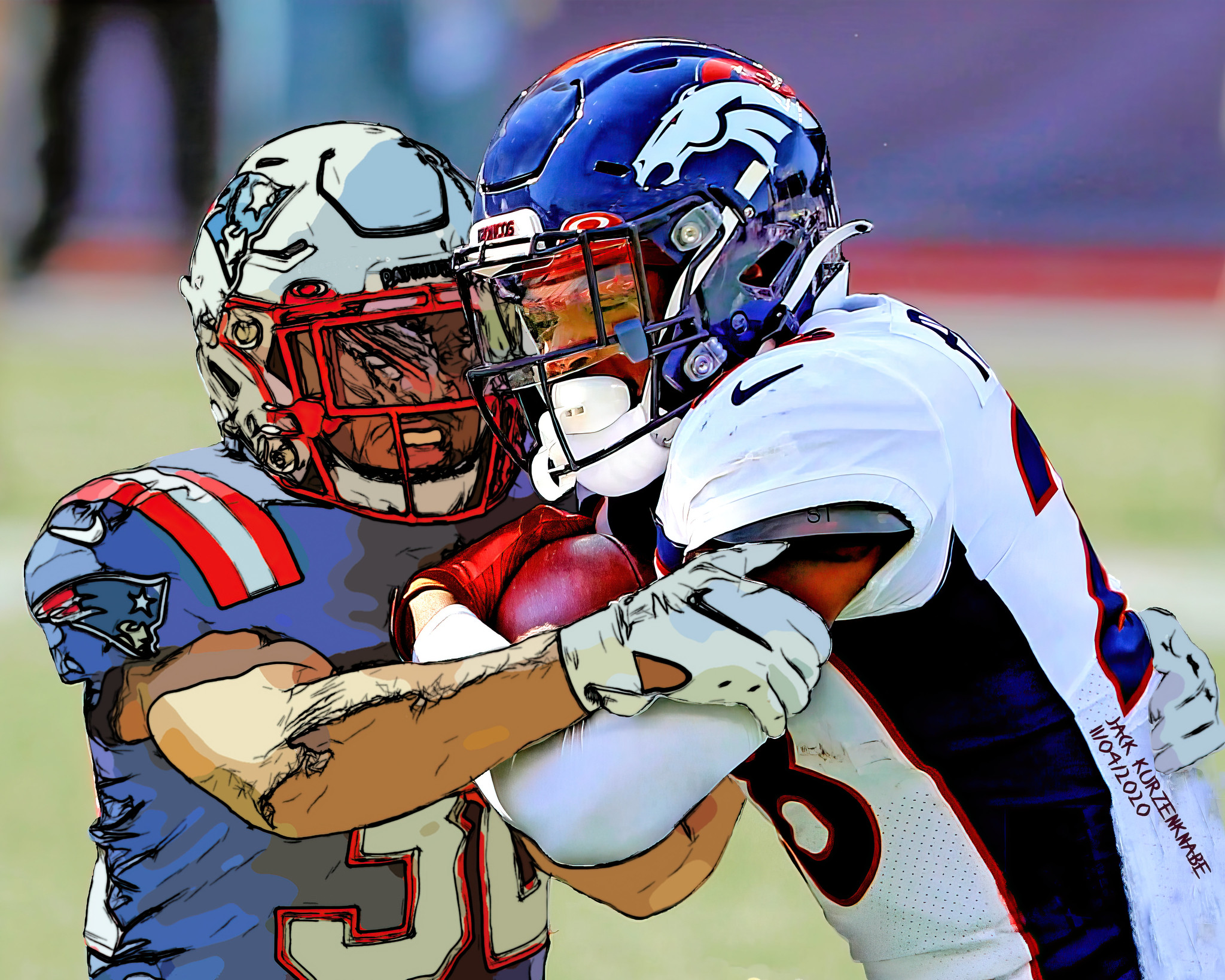 Here is the Denver Broncos 3 round mock draft

With the 2021 NFL draft less than two weeks away, the Broncos have been in the news to pick up a quarterback at the ninth pick or possibly trade up to get one. Yet, there is still uncertainty with the Broncos’ new GM George Paton on whether they will be sticking with Drew Lock or drafting a rookie quarterback. With the quarterback position still up in the air, the Broncos have other positions to fill in this draft. After releasing Phillip Lindsay to free agency this off-season, the Broncos need a running back to back up Melvin Gordon. A right tackle, linebacker, safety, and cornerback are also on the list of needs for the team.

Penei Sewell is a 6-foot-6, 325 pound tackle from Malaeimi, American Samoa who was a. four star recruit put of. high school. He singed to play at Oregon on a scholarship and would. go on to win two linemen awards: Outland Trophy and the Morris Trophy. Sewell is a natural left tackle, but he is versatile with his abilities and talent to play right tackle. Similar athletic ability to Pro Bowl left tackle Garrett Bolles who was drafted at pick no. 20 by the Broncos back in 2017. Although this pick would not get us a quarterback, Penei Sewell is something the Broncos have been looking for awhile.

After playing in every game for the LSU tigers, Jabril Cox finished with three inceptions on top of his 58 tackles. The 6-foot-3 233 pound linebacker from Kansas City, Missouri would be a good fit to go along with Alexander Johnson and Josey Jewell. Cox is known for being good in man coverage for his ability to mirror and can read the quarterback during a drop. Cox also finished his college career with 26 passes defensed and nine interceptions.

Next up to fill the cornerback spot would be Paulson Adebo, a 6-foot-1 192 pound cornerback from Farmington, Michigan. As a former wide receiver, Adebo does a great job breaking on the ball. At Stanford as a sophomore, Paulson Adebo was ranked number one with a total of 24 passes defensed which also included 20 pass breakups and four interceptions. The only slight problem would be Adebo only has two years starting experience at Stanford. But who’s to say he couldn’t be a perfect fit with Vic Fangio’s defense.