Dynasty fantasy football: players to trade for before the draft 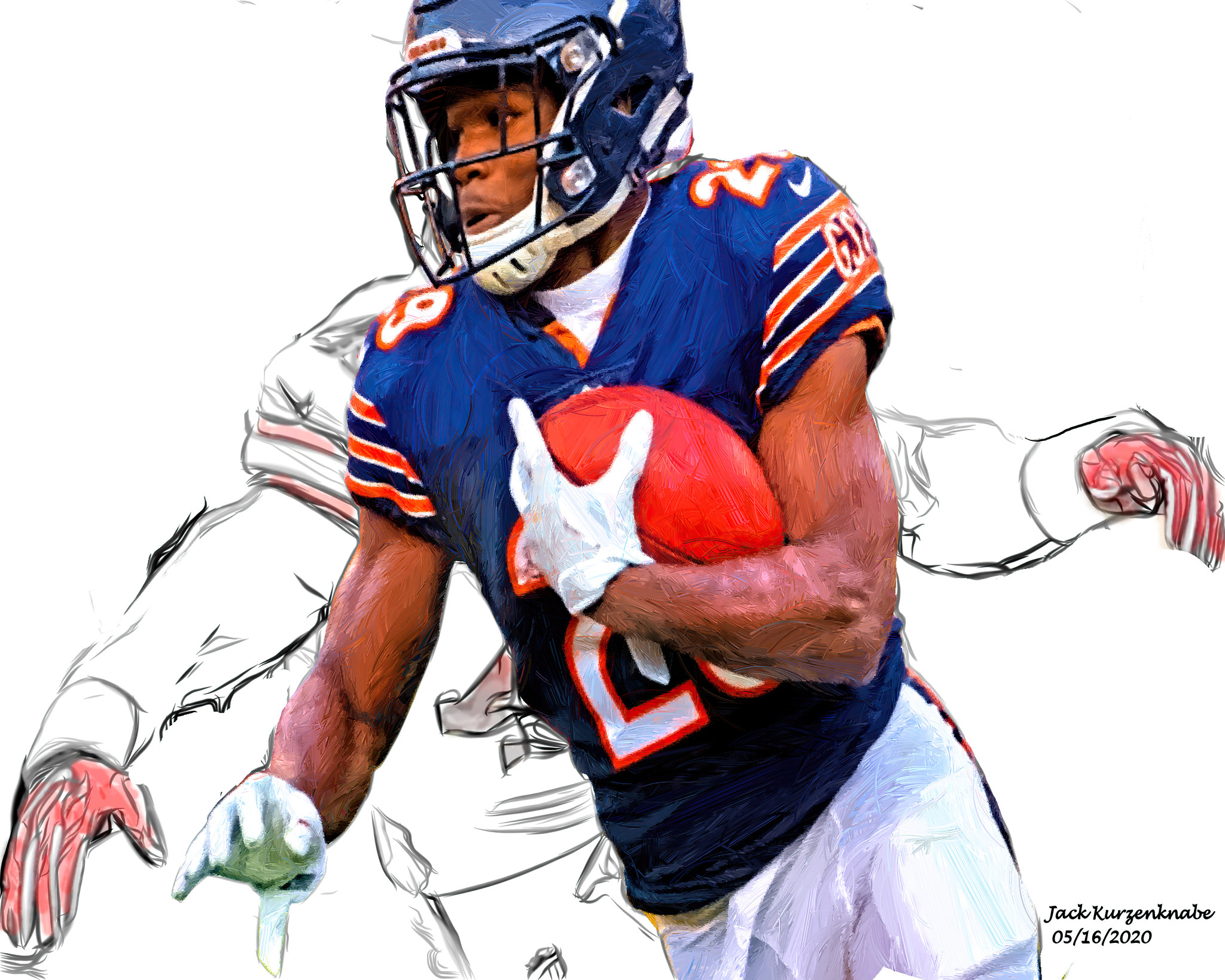 The best dynasty trades are on some level, mutually beneficial. Sometimes trades are as simple as one team needing a running back while the other needs a wide receiver. Such negotiations have a few added dimensions in Dynasty Leagues, as the teams involved may be in different phases of preparation for championships.

A rebuilding team is usually looking to acquire young players with high upside, or draft picks. Conversely, a team with a Win Now strategy may be more interested in a veteran that can help them win the championship at hand. In this two-part series, we will take a look at players in both categories. The overall emphasis is on the players directly affected by recent offseason moves, and recent draft rumors are also taken into account. For the purpose of viewing these trades from the seller’s perspective, each player’s lowest recommended price will be listed. The listed price should also give potential buyers a reference point to begin negotiations. This is not a list of players to ditch before the NFL Draft, but a list of players who should appeal to trade partners in the following situations.

For fantasy managers in a Win Now season, the following players can be shopped to league mates with Rebuilding Teams. These players aren’t expected to win anyone a championship this season, however their value may increase in the long run. The listed price reflects the player’s expected role on their NFL roster, adjusted by surrounding factors and their expected performance.

Chark had a down year in 2020, playing two less games and ending with 20 less receptions for 302 less yards, and 3 less touchdowns. There were a lot of issues for Jacksonville last season, including uncertainty at the QB position. The inevitability of a Trevor Lawrence draft pick, should make Chark a huge upside play, as he is still expected to be the WR1 for the Jaguars. Due to the emergence of his sophomore teammate Laviska Shenault, and the recent acquisition of Marvin Jones Jr., Chark could be more of a value down the stretch, than in 2021.

Hollywood Brown’s 2020 season was less exciting than his rookie campaign, however the addition of Sammy Watkins should open things up for the field stretcher this season. It’s hard to count on Watkins to be a huge difference maker, however he certainly seems to be an upgrade from anyone Brown has been paired with thus far. A large percentage of mock drafts show Baltimore taking a receiver in the upcoming draft, which could also increase Brown’s effectiveness. NFL teams can only get away with throwing the deep ball so many times a game, so Baltimore will need to get more creative with their use of Brown before he is a reliable fantasy WR1.

Samuel’s return from an injury plagued 2020, coupled with his teammate Brandon Aiyuk’s success, makes him one of the more difficult values to assess. He has shown promise after the catch and made a significant impact for the 49ers in their 2019 run. Samuel could be a sneaky pickup in trades leading up to this draft. There is still some uncertainty as to which QB the 49ers will take at 3rd overall, but for this reason Samuel’s value may not be so low again for a long time. Rebuilding league mates should be willing to pay up for the likely #2 target on this high powered offense.

The 4th receiver taken in the 2020 draft still has a lot to prove, but his value seems most likely increase from this point on. After a rookie season where he only caught one touchdown, any value that Reagor has at the moment is still based on projections of future success. This offseason could be critical for fantasy managers with Jalen Reagor shares, as a call has to be made on whether he will exceed expectations, or have another slow season. Injuries were the reason for his issues in 2020, but if he repeats those kinds of numbers his trade value will likely plummet. So there is both a high upside and a deadline to factor into any moves involving Reagor. At the moment he is an appealing trade target for any rebuild.

On paper, Denzel Mims is the clear WR2 behind the newly signed Corey Davis. It’s important to remember that the 2021 receiver class is deep, and Mims was a late second round pick in 2020. In recent years, a second round pick meant job security, however a good second year is crucial for Mims at this point, as he missed all but 9 games in 2020. The talented speedster has plenty of upside with his team taking a QB 2nd overall, as one of the few certainties of the upcoming draft. While Mims should be expected to impress in the upcoming season, he is not above losing significant market value if the Jets take a receiver in the first three rounds. At this point, the expectation is that the Jets will use the 23rd overall pick on an RB. There is no reason to rush into trading Mims away, however he could certainly be exchanged for a veteran on a more consistent offense.

At first glance Darius Slayton appears to be a rotational flex player to hold entering the 2021 season. The Giants have just signed Kenny Golladay and John Ross this offseason, and neither player should replace Slayton, but could boost his numbers by drawing the attention of top defenders. Due to a 2020 sophomore slump and varying projections revolving around the addition of Golladay, Slayton’s market value is down from last year. One thing to remember is that the Giants currently have the 11th overall pick in this year’s draft and mock drafts currently show DeVonta Smith, & Rashod Bateman still available by then. Though it seems unlikely that the Giants will decide to take the 2020 Heisman winner, or even a round 2 receiver, such a move could be the end of Darius Slayton’s fantasy relevance. At the moment Slayton still has considerable value, but is not likely to be the difference maker in fantasy championships.

Entering his second season after being taken 57th overall, Van Jefferson is one of the more promising sleepers in the league, unless the Rams draft another receiver. After letting Josh Reynolds walk in free agency, the Rams signed 34 year old Desean Jackson. This signing is just enough to make people forget about the rookie receiver, who didn’t score a touchdown until week 11 of 2020. Jefferson is also an elite route runner, and comes from a football family as his father Shawn Jefferson, was an NFL receiver and widely considered to be one of the best WR coaches in the NFL. Van Jefferson is a low risk, high reward dynasty pickup. For these reasons, he is the player on this list that I would be least likely to trade away at his current value, even in a Win Now season.

Davis was a great rookie sleeper in 2020, but also another example of opportunity outweighing perceived talent. Coming from such a stacked class of WRs in the 2020 draft, it is hard to say if talent is what Davis was lacking, or if he was just overlooked as a prospect. Regardless of the answer, Davis has at least shown that he is capable of starting in the NFL. Though the departure of veteran John Brown seemed to slightly improve his circumstances, the Bills immediately added another veteran field stretcher in Emmanuel Sanders. Sanders quietly had an impressive 2020 season and should play often for this Bills offense, however he is 34 coming into this season. Even if Sanders takes away from Davis’s reps in 2021, Davis looks like a great dynasty stash for future seasons.

The 2021 class of RBs has been called shallow, however this seems to be referring to the amount of 3 down workhorse RBs. There are several RBs in this class who could takeover duties on passing downs. This influx of talent could make roles like Cohen’s more volatile, but also makes it a perfect time to acquire such players for cheap while uncertainty looms. Cohen’s name has been synonymous with success as a pass catching back, despite his sitting out the majority of 2020. If Cohen has another down year in 2021, this would be the last chance to cash in before he becomes borderline droppable.

After entering the NFL with an expected ceiling of Derrick Henry’s backup/3rd down RB, Evans was limited by injuries. The loss of some big name defenders, as well as Corey Davis and Jonnu Smith, could make this one of the more secure backup jobs this offseason. We should expect to see more of Evans in 2021, as a bruising RB such as Derrick Henry will need fresh legs to keep up his current pace.

The outlook for the Bills backfield is one of the least certain heading into the draft. While the Bills RBs had less than impressive numbers on the ground, they also weren’t used as often as others around the league. Many fans expect that the Bills will take an RB early this year, and others seem to think they should try using the ones they already have. Either way, Singletary’s talent is undeniable, and he has the potential to be a valuable fantasy plug in play at the RB position for years.