Three Biggest Obstacles for the Pittsburgh Steelers in 2021 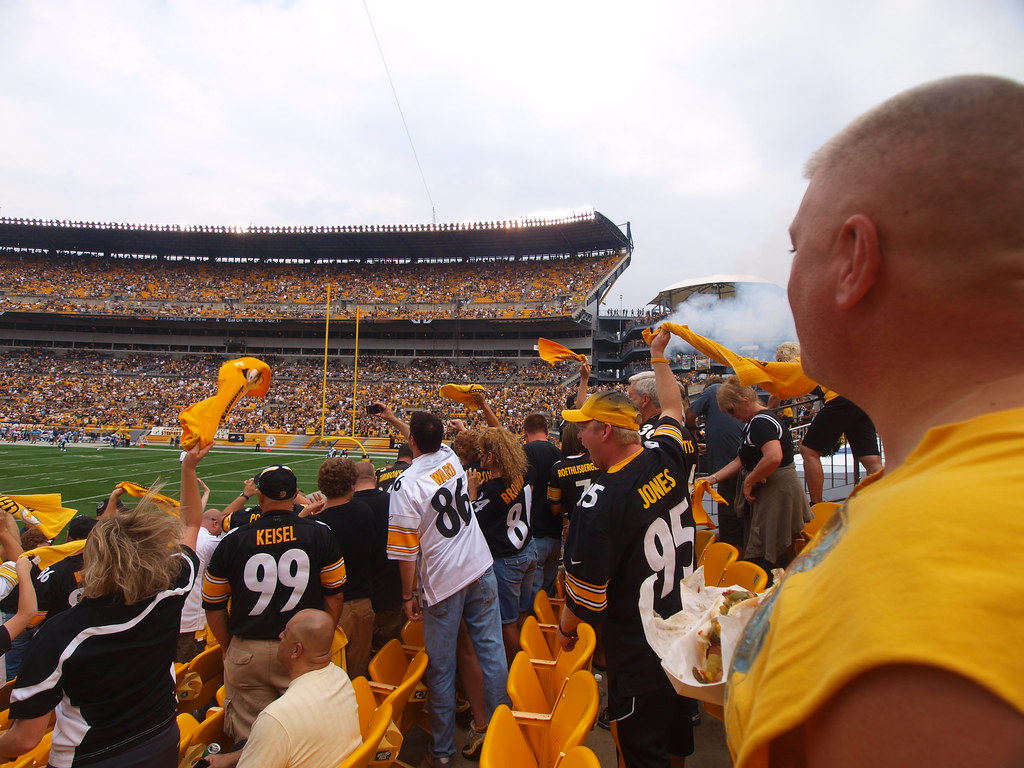 The 2021 NFL league year has already started and we are quickly approaching a circled date on the league calendar. The NFL draft is just over a week away and the future of the team is directly impacted by decisions on draft day. With the 11th pick in the 2004 draft, the Pittsburgh Steelers changed the future of the franchise for the next 17 years and counting. The pick of Ben Roethlisberger led to 22 playoff games, two super bowl wins in three attempts, and 396 passing touchdowns later. Decisions like this are quickly approaching for the Pittsburgh Steelers.

The Steelers ended the 2020 season sourly. After a perfect 11-0 start they lost four of the last five and got beat by division rival Cleveland Browns in the wild card round. The 2020 season showed a few weaknesses in the Steelers. Despite Ben returning and playing the Steelers identity remained on defense. When injuries mounted up on the defensive side of the ball the Steelers really struggled winning football games. Traditionally known for their steel curtain defense, the defense looks poised to be solid again in 2021.

A lot of the Steelers questions going into the draft and further in the future lie on the offensive side of the ball. Which obstacles will be the biggest hurdle and achievable going forward?

Big Ben is returning for the 2021 season. Ben returned in 2020 after playing 2 games in 2019. However, now at age 39 the Steelers post Big Ben era is near and approaching. In 2020 Ben threw for 3803 yards, 33 touchdowns, and 10 interceptions while completing over 65% of passes. The number of passes tied the second-highest mark in his career with 608. Watching Ben in 2020 it was clear age was a factor and the new scheme focused on quick reads and short and intermediate passes were the Steelers game plan. We also saw some classic Roethlisberger plays, in which he extended the play and took a big shot while delivering a pass on the money in clutch situations.

The current choices in the quarterback room to replace Ben are Mason Rudolph, Dwayne Haskins, and Josh Dobbs. They were in the process of upgrading this room but missed out on the Sam Darnold sweepstakes and didn’t bring any veterans in during the off season. This leaves the NFL draft as the likely point to add a future signal caller.

The Steelers will have the 24th pick in this years’ draft. They will likely not get any high profile quarterback with the current NFL landscape and draft conditions. They also have other team needs where they can improve the team and chase a championship. The Steelers will likely use a middle to late round pick to bring a quarterback in and let him develop.

Potential names that fit are Kellen Mond, Kyle Trask, Sam Elingher, and Jamie Newman. The Steelers will likely let the board fall to them and see if they need trade up on day two or three for a guy or wait.

Drafting a quarterback and allowing them to learn and develop the entire rookie year is the scenario I see for the Steelers. If they retain Rudolph, heading into next year the future quarterback of the Steelers will come down to a young guy in year two and Mason Rudolph. Regardless of who the Steelers see as this fit this obstacle of replacing Ben will loom over them for the entirety of the 2021 league year.

The struggles of the Pittsburgh Steelers offense can be focused on the one dimensional offense. The Steelers run game was nearly non-existent last year. The Steelers were the worst rushing team in 2020.  Last year’s starting running back James Connor is no longer a Steeler. The need for a running back is evident and prominent. In 2020 across the NFL, the average yards per game was 118.9, and per carry, it was 4.4, and total touchdowns were 16.6. The black and yellow averaged a league low 84.4 yards per game on the ground last season with 3.6 yards per carry and only 12 rush touchdowns.

The lack of rush ability offensively via offensive line injuries and running back inefficiency severely hindered the Steelers offensive promise. The inability to run forced an aging Ben to throw upwards of 50 times a game and forced the offense in tough down and distance situations down the stretch.

The other two running backs that the Steelers tried to get going were Benny Snell and Anthony McFarland.  Snell had a few efficient games including 115 yards in the season opener and a good outing in Week 15 with 84 yards and a score. McFarland a rookie in 2020 showed some burst but never got anything going and will continue developing as we head into 2021.

The run game struggles go back a few years. With three seasons as offensive coordinator, the Steelers highest rank in run yards per game is 29th the NFL, in 2019. The road to success in the run game won’t be easy this year. The Steelers lost longtime center Pouncey to retirement and left tackle, Villanueva.

Benny Snell, Anthony McFarland, Kalen Ballage, and Jaylen Samuels currently make up the running backs of the Steelers. Without a doubt, a player will be drafted at the running back position. A first round pick could potentially be used.

If the board falls right and the Steelers see it worth drafting a running back the top choices by most accounts are Najee Harris from Alabama and Travis Etienne from Clemson. Mel Kiper has a high likely hood both guys will be available for the pick currently. If the Steelers don’t choose one of these top picks there are other good running back prospects to be picked later. Trey Sermon is a big back with explosiveness out of Ohio State. Other intriguing prospects include Chuba Hubbard, Jaret Patterson, and Elijah Mitchell.

Fixing the run game goes beyond a talented running back. It relies on the scheme and the guys up front creating lanes more times than not. The Steelers should look to draft an offensive lineman or two to build the line for the future quarterback and running back. You can never have too many good offensive linemen. Injuries happen all the time at that position and finding a core of guys who can play together will be huge for the Steelers offensive success in 2021.

A run game will take the pressure off of Ben, make the Steelers less predictable, and lead to greater success over the season and into the playoffs.

My final tough obstacle for the black and gold in 2021 is their opponents. The Steelers win total prop recently came out as 8.5. With a newly expanded regular season to 17 games eight or nine wins likely isn’t playoff worthy. The Steelers will face eight teams from the 2020 NFL playoffs across 10 games in 2021.

The AFC North sent three teams to the playoffs last year, including the Steelers, Browns, and Ravens. The division games will surely be tough and the Bengals will be improving with Joe Burrow returning from injury.

Non-divisional games include the Buffalo Bills who are coming off an AFC Championship appearance. The Steelers wills also play the NFC North teams including Aaron Rodgers and the Green Bay Packers. If these two opposing quarterbacks don’t scare you add Patrick Mahomes and the Chiefs to the schedule too. The Steelers will need to be ready to defend and in a spot to put up points to not just keep pace but outpace these teams.

2021 holds a lot of weight for this franchise. Could it be Bens last season? The Steelers need to have a plan if so and find an answer quickly. The run game needs an overhaul and become a factor to balance the offense and be a contender in December and January. The offensive improvements will play a key role versus a tough schedule in 2021. The NFL draft is the next step for a playoff return and the future.