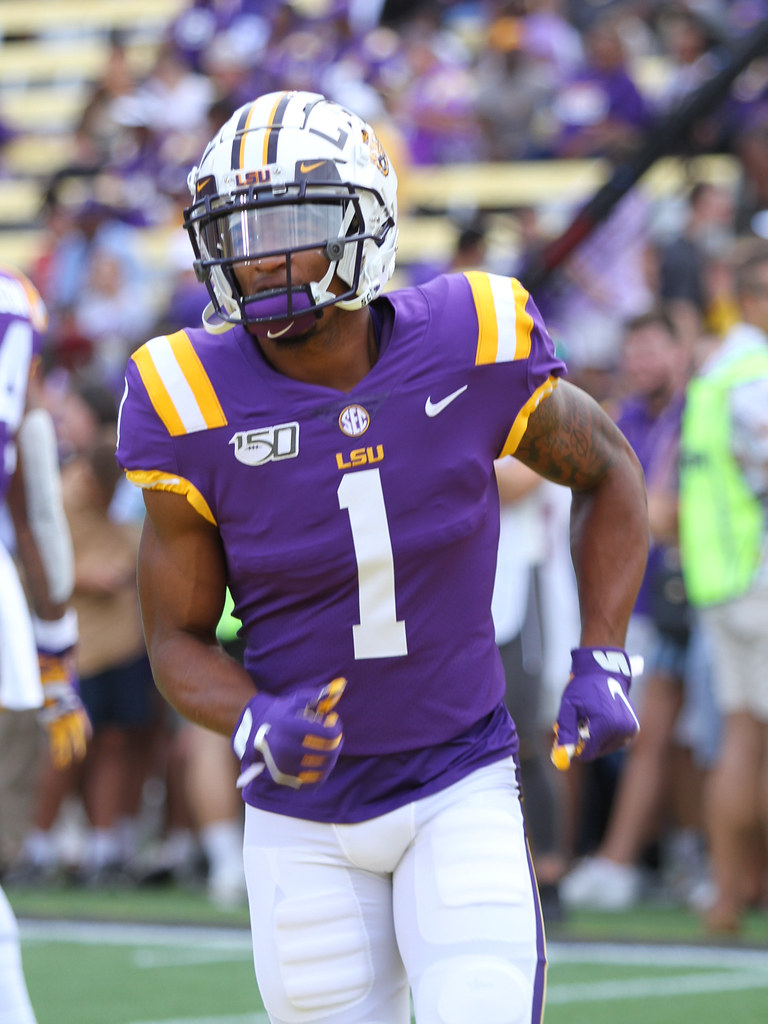 The 2021 rookie class has plenty of good receiving talent, with multiple first round wide receivers and an elite tight end. Will the Eagles be a team looking to draft one of these top players? Probably, but let’s see what they’re working with.

So to recap their situation, the Eagles definitely need some help in the receiving department despite putting a decent amount of draft capital into it recently. It seems like Ertz will be leaving this year so that really only leaves Reagor and Goedert as serviceable players. Obviously the Justin Jefferson vs Reagor situation is pretty disappointing for the Eagles but I’m not going to shut the door quite yet on Reagor. Still, the Eagles should be looking to boost up their squad if they have the opportunity. Fortunately, they have plenty of draft picks to work with.

On the other hand there are multiple other teams ahead of them that could be looking to draft a pass catcher early as well. I expect any number of these teams could get in the way of the Eagles in the first round: Falcons (#4, specifically for Kyle Pitts), Bengals (#5), Dolphins (#6), and Lions (#7). I doubt all four of these teams will draft a pass catcher (I expect 2 or 3 of them will) but they could. Also to note, the Eagles originally had the #6 draft pick before trading back so it looks like they are comfortable missing out on the top options. For argument’s sake though, let’s look at some of the players I think the Eagles could take in the first couple rounds.

I want to start by saying the 2020 college season was really weird, but I’m sure you already know that. It’s going to be harder to properly evaluate a lot of players (not just receivers) because of the weird schedules, players opting out, and everything else that went on last year. That being said, these are some of my favorite pass catchers for the 2021 class, with Ja’Marr Chase and Kyle Pitts being a step above the rest. They each hit a lot of the thresholds that I have found will lead to success in the NFL (including but not limited to the metrics I have here).

Now what can we expect the Eagles to do? Well obviously if they can draft Chase or Pitts they will be in a pretty good spot. Despite opting out of the 2020 season, Ja’Marr Chase is still my #1 WR in the class. In addition to his stellar metrics, Chase is a playmaker. He has burst and vertical speed. He’s a ball magnet and wins a lot of 50/50 balls. He’s dangerous with the ball in his hands and easily turns scramble drills into big plays. The list goes on and on. He does have some issues with route-running and his release but those can be coached. He’s proven he has the ability to be an all-star in the NFL and whatever team gets him will be in really good shape, including the Eagles.

Now Pitts has a similar story. He was a scoring machine in college with 12 receiving TDs in 2020 (in 8 games) which was 3rd among all college players (including WRs). He’s a matchup nightmare who has speed, size, and contested catch ability. He’s a pure athlete who does work all over the field. He’s not much of a blocker but teams shouldn’t be drafting Kyle Pitts to be a blocking TE. The Eagles already have Goedert but picking up Pitts to have two big guys to go with their current smaller receiving group would be great. They’ve had success with two TEs in recent years too and they could keep that going.

So if the Eagles can end up with Chase or Pitts at #12 their receiving group takes a huge step up. As I mentioned earlier though, I expect at least 2 of these rookies to be gone by the time the Eagles pick which probably removes them from contention for Chase and Pitts. In theory they could trade up to grab one of those guys but they already traded back out of the #6 pick which makes that pretty unlikely. Assuming only those two are gone, I would be fine drafting Smith at #12. He has his question marks but it’s hard to ignore what he did last year.

Given that they already traded back though, I expect the Eagles will be looking for some value picks in day 2. They can take the first round to boost up their defense (CB namely) and grab one or two WRs on day 2 of the draft. There are plenty of options but the other four guys I mentioned before are the guys I would be looking at. I’d be pretty happy if the Eagles used their #37 on Terrace Marshall specifically. He also hits on a lot of the metrics I like and I think he could be a pretty could value pick at #37. Marshall is another big, fast, and just an overall talented player. He led LSU in receptions and TDs despite opting out of the final 3 games. He’s had some issues with lack of focus and lack of drive which could hurt him but the talent is there if he’s willing to put in the time. The Eagles could then add some depth with one of their 3rd round picks if they want to and hopefully be set at WR for a bit.

They could also be in the running in 2022 to pick up a Free Agent if they want to take this year to develop their current squad. They have the option to start a small rebuild if they want to wait and see if Hurts and Reagor are the real deal and reevaluate next year. Long story short, the Eagles have the flexibility to take the team in multiple different directions depending on their expectation for the team over the next couple years.

I hope this information was helpful. If you have any questions or comments, feel free to DM me on Twitter @NeutralZoneFF.

Ranking each NFL Draft Class from 2011-2020
Three Biggest Obstacles for the Pittsburgh Steelers in 2021
wpDiscuz
0
0
Would love your thoughts, please comment.x
()
x
| Reply