Why the Saints Will not draft a QB in round 1 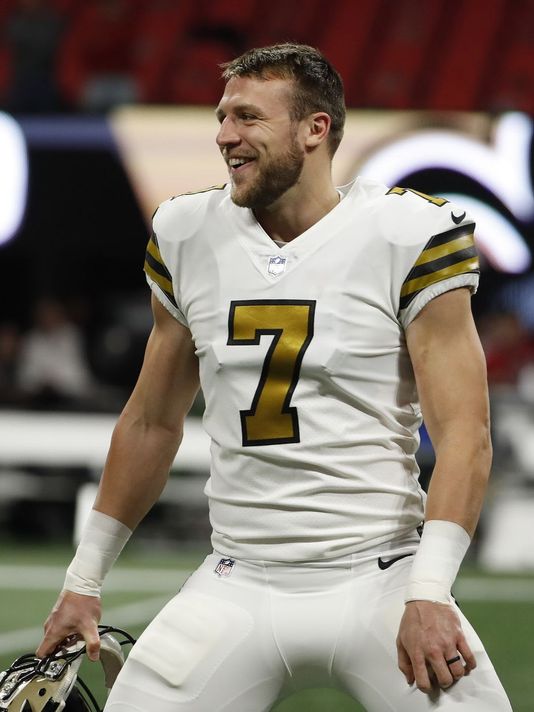 QB is not a must need

The New Orleans Saints are one of the teams this offseason who needs to have a fantastic draft to supplement their roster after a large number of cuts and releases prior to now.  With the team being right up against the cap space limit, drafting not just quality players but a high quantity of players will be crucial for the Saints.  In this article, I will be going over why they should forego drafting the quarterback position in round one, and why them taking one that early would be a mistake.

There are bigger positional needs

Starting off we have one of the obvious points against taking a QB round one, they have much bigger needs to fill.  With Jameis Winston and Taysom Hill already in-house at the quarterback position, drafting a high-level quarterback early on would be a waste of resources.  Some of the other large needs for this team include:

All four of these would need to be addressed before even thinking about quarterback realistically, considering they are all crucial to the team’s success.  Quarterback would be much more of a convenience pick in later rounds rather than an early round franchise defining type pick.

The chance that only a quarterback is on the board over talent at any of those four positional needs in the first round is practically 0%.  With players like Zaven Collins, Greg Newsome, Asante Samuel Jr., Christian Barmore, and Terrace Marshall Jr. all projected to be going around the Saints pick, these would all be much more likely picks than a quarterback this early.

Sean Payton already denied it being a major need

Earlier this week, Sean Payton, the head coach of the Saints, said that quarterback is not a necessity for the team to draft at all.  Stating the following:

“I think relative to that position (QB), it still stays the same in traits that we’re looking for. (But) I don’t think it’s a ‘must’ position. We feel like we’ve got real good players in the building”¦ I feel like we’ve got two real good candidates under contract, and we feel strongly about those guys”

With that said, Sean almost never drafts a player that the Saints cannot fill a hole with.  Even with the Cesar Ruiz pick last year, it eventually turned out to be a need after the team cut Larry Warford due to him coming in overweight to camps.  Sean has also raved about Jameis and Taysom on many separate occasions, which goes to show his level of trust that between the two of them they can find a true starter.

The value will be low at that pick

Finally, we have a point that many people do not consider when saying the Saints should draft a quarterback.  That being”¦there will not be a quarterback with a full enough skillset to draft that late in the first round.  At pick 28, the Saints would likely be in a position where they would have to reach heavily for QB talent if they really desired the position.

The top five quarterbacks in this class are likely all going to be taken within the top 15-17 picks or so, and if not would most certainly be taken before the 28 range.  With that in mind, the only other chance at a first round quarterback would be trading up through more than half of the first round to get one of those top five.  The issue with that is that the amount of value the Saints would have to give up to move that far would be absolutely enormous.

We have seen the Saints move from 27 to 14 in 2018 for Marcus Davenport”¦the price?  Their 27th pick, as well as a fifth rounder that year, and the next years first round pick.  The other piece to note is that this trade up was also to a position where there was no high level QB prospects left (or at least the Saints thought).  The Saints would have to give up likely another early pick this year to get into the high level QB territory this season considering the number of teams needing one.

Overall, giving up a huge haul of picks to get one QB will likely not be worth it for the Saints, as they would still need a huge number of other positions which they could not draft considering their lack of picks.  Trading up to get a quarterback would more than likely harm the Saints in the immediate future more than it would help them.

What are the Pros and Cons for 49ers Trading Jimmy Garoppolo?
Pros and Cons of the Vikings Drafting a QB
wpDiscuz
0
0
Would love your thoughts, please comment.x
()
x
| Reply