What are the Pros and Cons for 49ers Trading Jimmy Garoppolo? 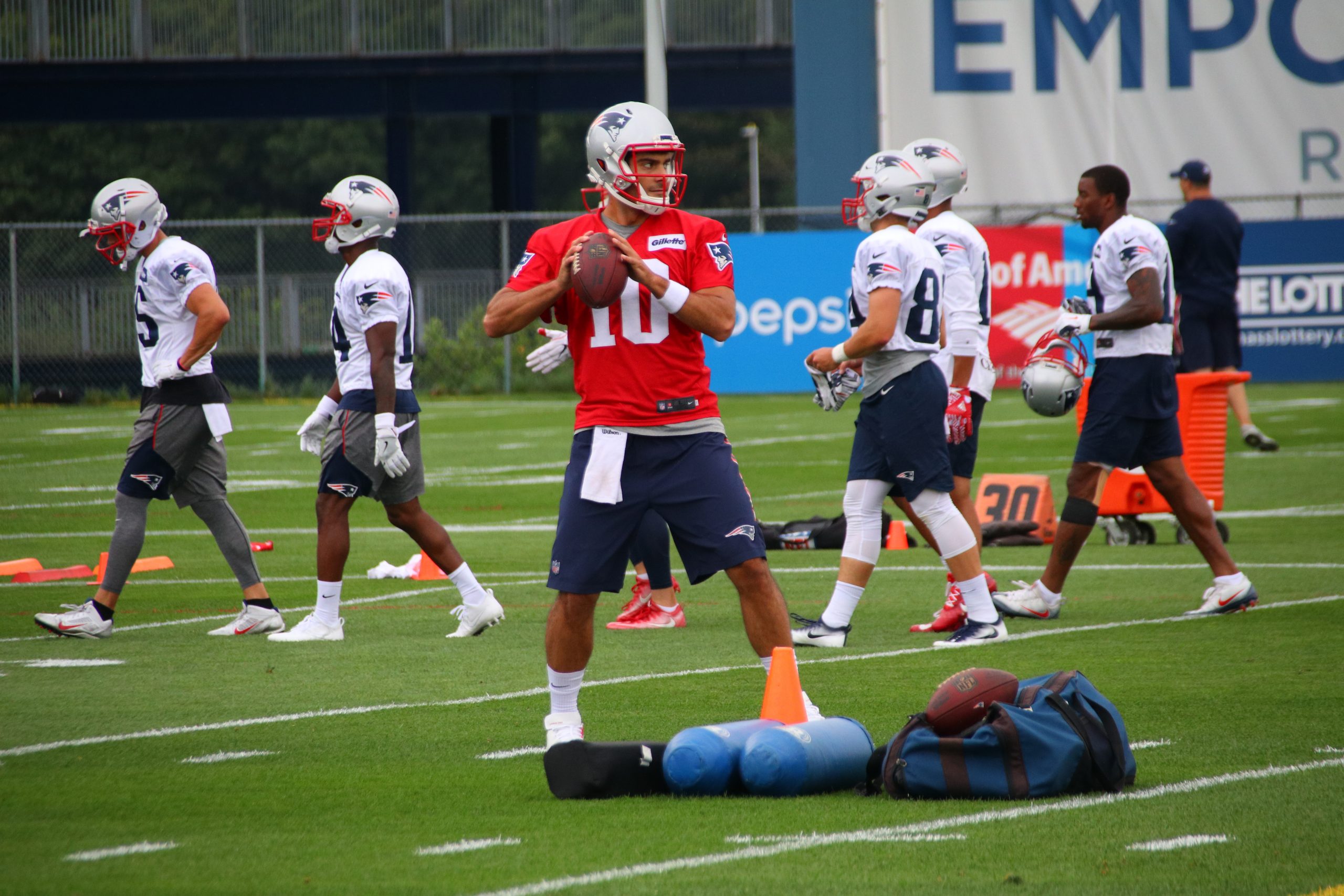 Should the 49ers trade Jimmy G?

Jimmy Garoppolo’s tenure as the 49ers’ quarterback has been nothing short of a roller coaster. He reached a new low in 2020 with confidence struggles and a high ankle sprain that would sideline him much of the season. Questions around Kyle Shanahan’s trust in Garoppolo started after the team’s Super Bowl loss and has only grown louder since then.

Despite trading up from No. 12 to No. 3, John Lynch adamantly continued to say Garoppolo is “still very much a part of [their] plans” and he will be their Week 1 starter. Whether they are saying this to drive up his trade value or are serious about keeping him around remains to be seen. I take a look at the pros and cons of trading Jimmy Garoppolo.

The 49ers currently have quarterbacks Jimmy Garoppolo, Josh Rosen, and Josh Johnson on the roster. The stability behind a rookie QB should Garoppolo be traded would be shaky at best. On the other hand, if Garoppolo is traded, your rookie would know he is the unquestioned new leader of the team.

We’ve seen how a veteran presence can actually do more harm than good. Recent examples of Carson Wentz and Jalen Hurts, Ryan Fitzpatrick and Tua Tagovailoa come to mind. As much as teams love to cite the Alex Smith and Patrick Mahomes dynamic, not many quarterbacks are as much a class act as Alex Smith. Having a serviceable, former starting quarterback breathing down your neck after every “rookie” mistake could lead to increased pressure and in turn chip away at a rookie quarterback’s confidence. The team could avoid that plus a potentially awkward or split locker room by ripping off the bandaid and moving Garoppolo.

The potential first or second round pick that the 49ers are seeking for Garoppolo would be a huge boost for a team that “just traded away a couple first round picks” to move up to No. 3 overall. If they don’t find a trade partner willing to meet their ask, they may feel more inclined to keep Garoppolo around with the hope that he starts and performs well.

That move is not safe from risk, however. If they try their luck and Garoppolo plays poorly to start the season, it will blow up whatever value Garoppolo had. That would turn trading him into cutting him where you don’t recoup any value for your three year starter.

Whether they cut or trade Garoppolo, the 49ers would benefit from some salary cap relief. Trading Garoppolo before June 1st, would clear $24.1 million. With extensions for Fred Warner and Nick Bosa looming, the team could highly benefit from such cap savings.

I’ll end this debate with a win-win for both sides”¦ Which is If Jimmy Garoppolo is traded, the 49ers rookie quarterback will be allowed to hit the ground running and start right away. The 49ers get more talent via draft picks for the new face of the franchise. As for Garoppolo, he is given a fresh start with a team who needs him, and is confident in his abilities. A change of scenery could be exactly what Garoppolo needs to get his groove back and get back to his 2017 and 2019 form.

Ranking Each 2nd Overall Pick from the last decade
Why the Saints Will not draft a QB in round 1
wpDiscuz
0
0
Would love your thoughts, please comment.x
()
x
| Reply