3 Prospects The Colts could Trade up for 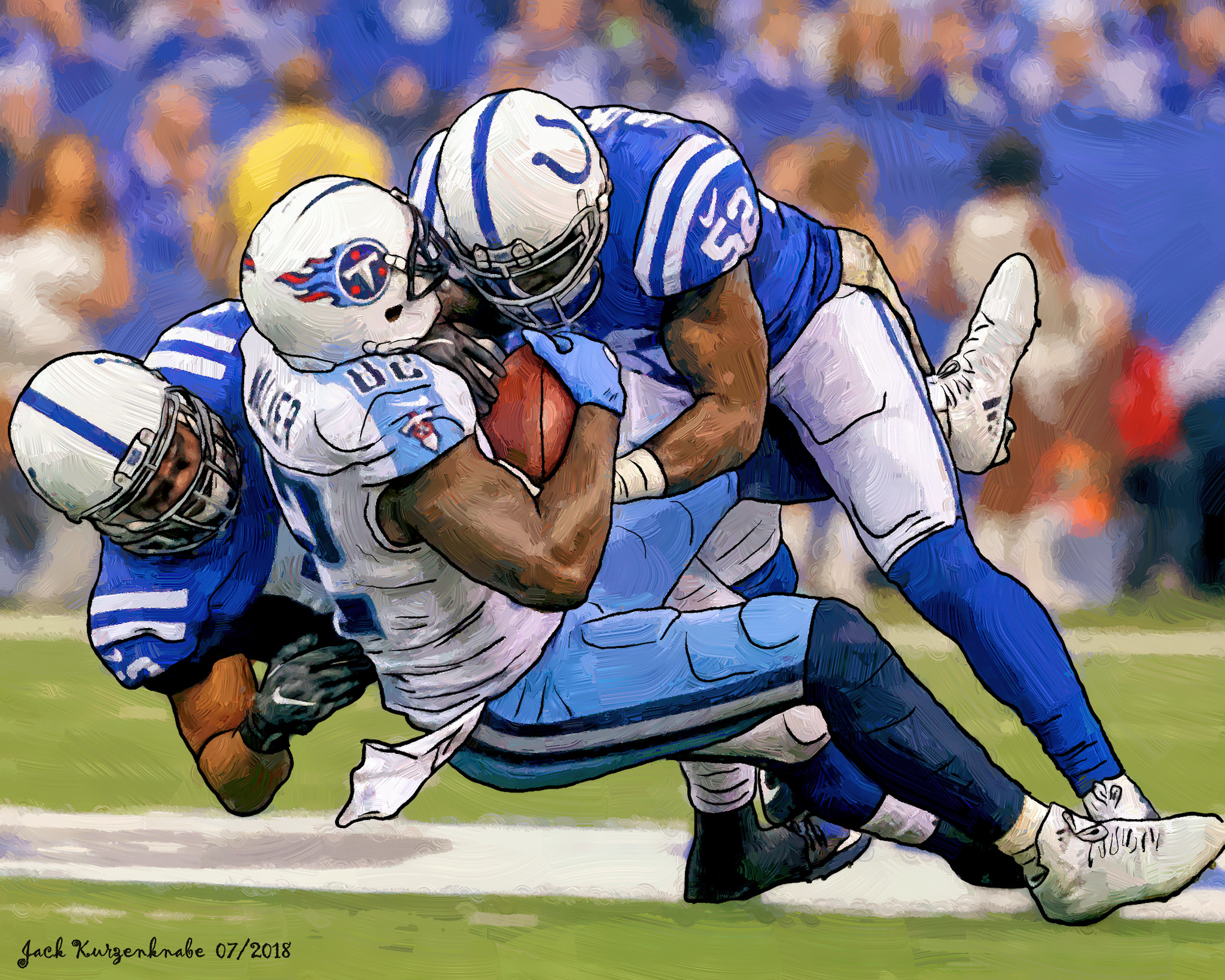 Chris Ballard and the Indianapolis Colts are notorious for trading down in drafts. Why do they do it so much? Well, because it works. In picks acquired through the team trading down in recent years, the Colts selected names such as Quenton Nelson, Braden Smith, and Michael Pittman Jr., as well as others. For Ballard, it just works.

While it is possible, maybe even likely that the team will be trading down when the 2021 NFL draft rolls around on Thursday, let’s take a look in the other direction: Who might catch Ballard’s eye and entice him to go against history to make a move up in the first round?

Let’s hit on three names that the Colts might jump up for on night one:

It is well known in the scouting community that this year’s pass-rushing class isn’t the greatest. Especially when compared with previous years, in which we’ve seen names such as Chase Young, Nick Bosa, and Bradley Chubb each go in the top five of their respective drafts, the 2021 class is clearly a step below what we’ve become accustomed to.

However, that doesn’t mean this class is entirely barren. The position, while not being as strong or as deep as it has in recent years, does showcase a few names that could be difference-makers at the next level, and leading that charge is Kwity Paye out of Michigan.

While Paye might not have the massive size of a prototypical defensive end in the NFL, standing at 6’2” and tipping the scales at 261 pounds, he showcases great burst and athletic ability. This can be seen in the numbers he put up at his pro day, where he ran a 4.52 40-yard dash, tallied a 35.5-inch vertical, and blew up the weight room with 36 reps on the bench press. According to Kent Lee Platte’s Relative Athletic Score (RAS) system, Paye scored a 9.33 out of a possible 10, good for 92nd among defensive ends since 1987.

While these numbers look great alone on paper, Paye added to his stock by playing well in the field. In just four games in 2020, Paye mustered two sacks, four tackles for a loss, and 16 total tackles. While these numbers don’t jump off the page, his film did, as he showed every bit of his tested athleticism on the field. Back in a full 2019 season, Paye performed even better, tallying 6.5 sacks, 12.5 TFL, and 50 total tackles in a 12-game slate.

With a great skillset and high upside, Paye has potential to break out even further in the NFL, leaving teams in the middle of the first-round salivating over the possibility of bringing him in. If the Colts do trade up into this area, there is a good possibility that Paye would be the team’s target.

When long-time Colts left tackle Anthony Castonzo announced his retirement earlier this offseason, the talented offensive line was dealt a massive blow. Castonzo has been one of the most underrated tackles in the NFL over his tenure as a Colt, and with no heir apparent on the roster, the team will likely be looking into the draft to fill that gaping hole on the left side.

Virginia Tech’s Christian Darrisaw might just be the answer. Since arriving on campus in 2018, Darrisaw has done nothing but get better and better. Starting multiple times as a true freshman, the tackle followed up a good first campaign by starting every game for the Hokies in 2019 and 2020.

Darrisaw is a refined blocker with even more room to improve, which is a huge draw for teams looking for a franchise left tackle. Standing at 6’5” and 322 pounds, Darrisaw meets the criteria for most draft scouts with his recorded arm length of 34 ½”. While he did not participate in the pro day testing, instead opting to only participate in field drills, the 21-year-old has shown more than enough for a team to take a chance on him early in the draft.

Potentially a top-10 selection, the Colts would have to fork over a decent chunk of draft capital in order to reach a slot where they could draft Darrisaw, but for a team in desperate need of a new franchise guy on the corner, don’t rule the possibility out!

While it seems increasingly likely that we might not see a single defender go in the top-10 of this year’s NFL draft, there is still much talent to be had on that side of the ball. Despite that lack of blue-chip talent, Jaycee Horn is one of a handful of defensive backs that can make an impact in the league.

Widely considered a top-3 cornerback in the class, Horn has one bit of recognition that no other cover-man in the class can say the same: He was the toughest matchup for probable top 5 pick Kyle Pitts, holding the dynamic threat to just 1 catch on 3 targets. Don’t believe me? Take it from Pitts himself:

Horn is a dynamic athlete, as displayed by his 9.99 R.A.S. score, good for second at the position since 1987. Aside from his dominant athletic profile, his numbers back up his potential, as he only ever allowed a single 50+ yard game in coverage and led the FBS in allowing just one catch per every 27.4 coverage snaps, according to PFF.

Horn is a great fit for the Colts defense, as he excels in zone coverage, which is used heavily in Indy’s scheme. Likely a top-15 player, the Colts might be looking to move up on day one to secure their future at a position headlined by a 30-year-old Xavier Rhodes and slot corner Kenny Moore II.

Conclusion
The Indianapolis Colts have many options when it comes to the 21st pick in the 2021 NFL draft. While it is unlikely they would trade up, it remains a possibility. If they do, keep an eye on the names above, as each one of them could be the player that Chris Ballard desired.