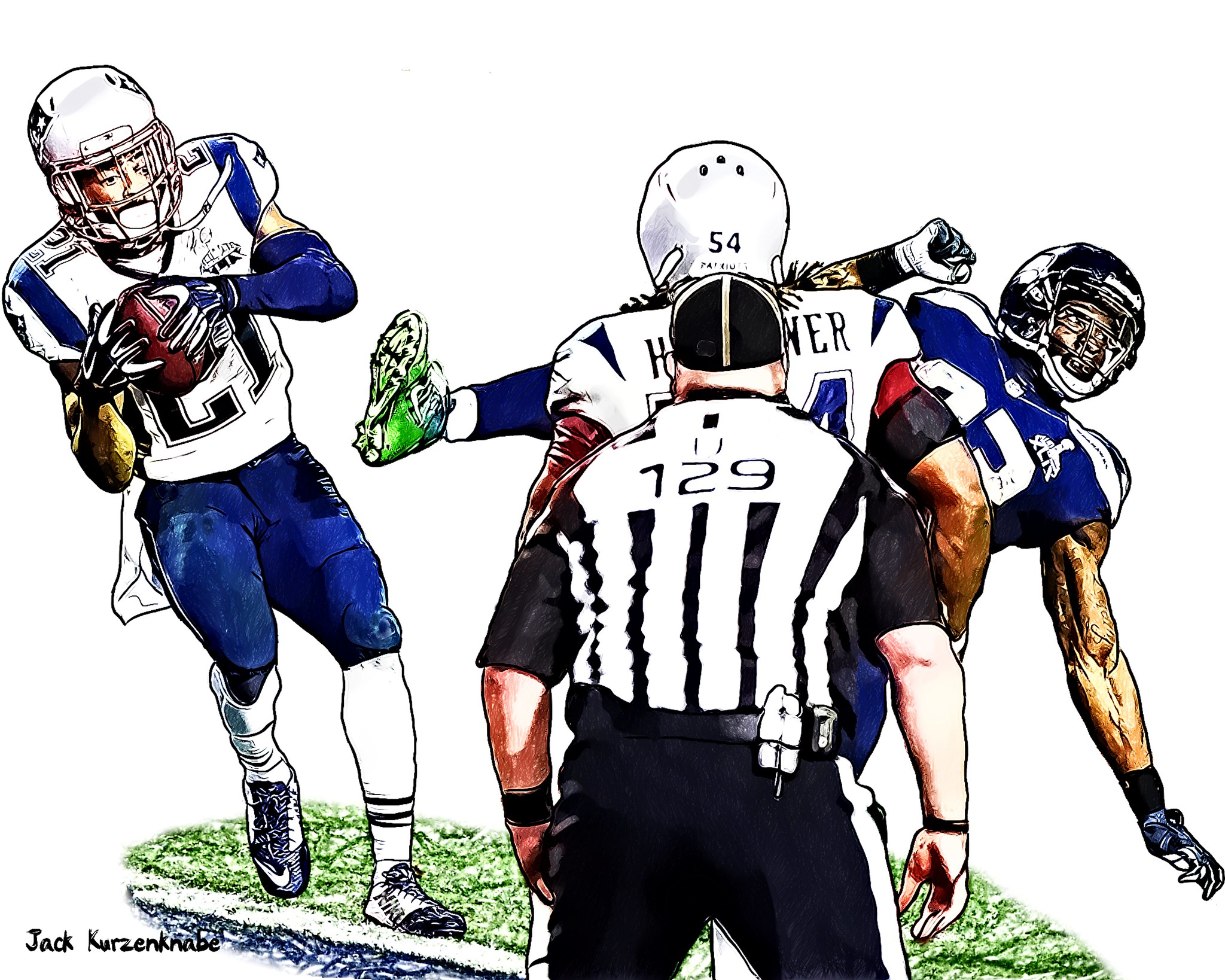 I have been watching the New England Patriots for twenty years. I have celebrated the Super Bowls, cried after devastating losses. We have all been there.

However, there is one thing fans have never been able to do. No one can predict what move Belichick is going to make next.

It is a new era in Foxboro. Tom Brady plays catch with Lombardi trophies with Gronk in Tampa. Julian Edelman has traded in his jersey for a mic, becoming a member of “Inside the NFL.” Cam Newton resigned after playing one of the worst seasons a QB could have.

While things change, some things remain the same.

The Patriots signed two of the top five tight ends in the league as Newton’s primary targets. Instead of signing the best wide receiver in free agency to a max deal, Belichick decides to sign two B-B+ wide receivers. A young pass rusher signed a massive deal to build up a once-dominant defense gone dormant.

The Patriots broke another record this offseason, signing players to the most guaranteed money on the first day of free agency. They spent $159 million in a twenty-four-hour span.

That was then; this is now.

With less than a week away from the draft, it’s time for the Patriots and all of Patriots Nation to focus on this year’s draft class. The amount of star power in the draft class gives Belichick and the rest of his coaching staff many avenues to go down before the season.

Last year, the Patriots did not have a replacement to Tom Brady named. Did they draft a QB?

They signed Cam Newton a few weeks before the regular season. It was a disaster.

This year is different. This draft will be unlike years past for Patriots Nation. It is the first time a draft plays a significant role in deciding the franchise’s future. Buckle up.

2021 brings a lot of excitement and unknown to a fan base that has experienced many championships in the last twenty years. A lot of draft experts explain how the Patriots will be selecting a quarterback. Others believe they will go with Micah Parsons, a linebacker from Penn State, at the midway point of the first round.

No one can predict what is happening inside the brain of Belichick. I’m going to try. Here are my five guesses.

Micah Parsons is a slam-dunk draft pick for the Patriots.

Matthew Judon signed a four-year, $56 million deal in March. Belichick knows how important pass rushers are in the league. He knows how crucial elite linebackers are.

Parsons is a generational talent at the linebacker position. He has a remarkable ability to read the QB’s eyes, forcing incompletions or interceptions at ease. He possesses excellent situational awareness.

He utilizes this unique ability with the amount of ground he covers on the field. He has been compared to Luke Kuechly by some analysts. I agree.

Parsons locks in on the ball carrier, making the tackle as he beats him to the spot. He hits with so much power it almost routinely forces a fumble. Patriots fans need that type of player to cheer for every Sunday.

New England can draft Trey Lance or Justin Fields, based on which one is available, to provide a safety net for Cam if a repeat from last season. Most importantly, they will learn under Newton. Fields attended one of Newton’s camps when he was attending high school. They have a connection.

Belichick needs to plan for the worst-case scenario. Drafting Lance or Fields gives fans hope for the future. It gives the coaching staff a player to develop into the next face of the franchise. No one will ever dethrone Tom Brady, but someone needs to carry the torch.

The biggest rumor to come from Foxboro is that the Patriots are looking to shop former DPOY Stephon Gilmore. J.C Jackson broke out in 2020, ranking inside the top five of interceptions. It seems as if the end is near if last season foreshadows this one.

It is unlikely Belichick will give away his best defensive player, which plays into my next guess. The Patriots will select Jaycee Horn with the 15th pick. They will not have a chance at Surtain as he does not look like he will fall past the Cowboys.

Horn will step into one of the most intense franchises in the NFL. The Patriots system will be a challenge for the rookie but will develop him into a top corner in the league.

Stephon Gilmore and Devin McCourty act as great mentors for Horn. The duo will work with him to continue the decades of dominance next generation of talent to contains an incredible ability to cover the pass. Gilmore’s guidance would pay off wonders if the organization decides to go in that direction.

The Patriots signed two wide receivers, Nelson Agholor and Kendrick Bourne, to big deals at the beginning of the offseason. It did not solve their gaps at the position, but it is a start.

Belichick has a chance to erase the draft blunder named N’Keal Harry from his records by selecting one of the Alabama wide receivers at the fifteenth spot. For the Patriots, it does not matter which one they choose. It matters that they draft one of them.

Cam Newton did not have a reliable WR to throw to in 2020. Fast forward a year later, and the story has changed. Belichick signed the necessary players for Newton to be successful. However, he can go big and draft a Heisman trophy winner or his teammate who broke the receiving yards record at Alabama.

The Patriots’ offense needs difference makers. One of those two players can bring the Patriots back to that next level of football.

Not only could Cam Newton not throw touchdowns, but he also found himself on the ground a lot. He did not have the protection in the pocket that Patriots fans remember in past seasons.

Sewell will not be around at the fifteenth pick, but Slaton may be. New England has fallen outside the top ten in pass blocking grades since being ranked sixth by PFF in 2018. They finished at number 15th last season.

The 2021 NFL Draft brings a lot of excitement and unknown to many franchises looking to make that jump into contending for a championship. A new chapter begins once Goodell takes the stage on Thursday.