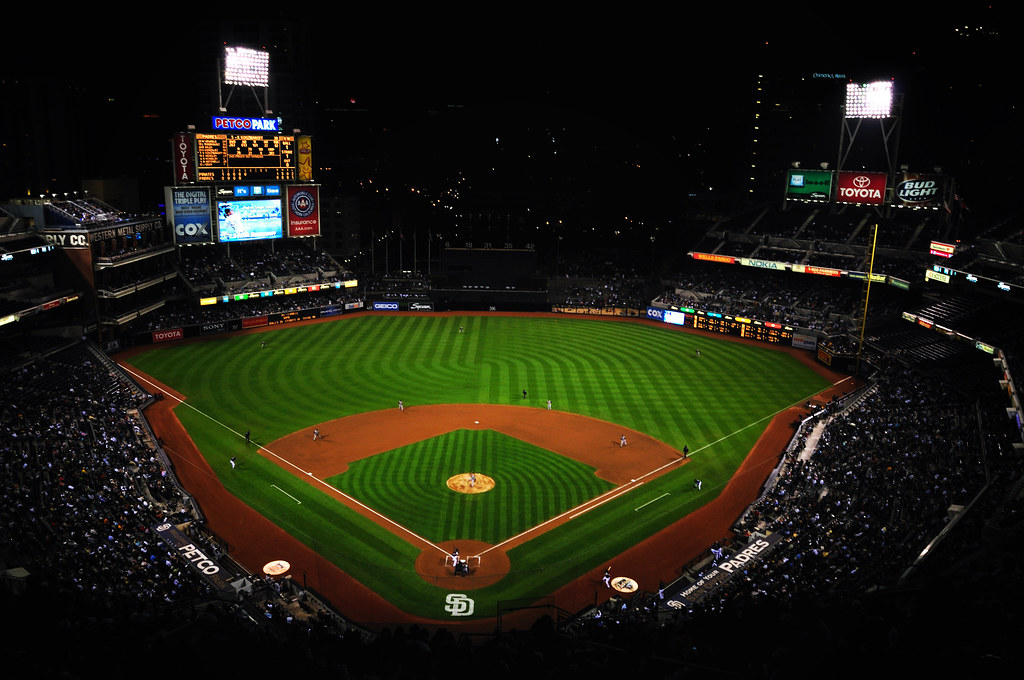 Fernando Tatis Jr. and the San Diego Padres have been doing something that doesn’t happen often. They have been playing playoff-caliber baseball games in April. Three weeks into the season and fans feel like they are watching October baseball. The newly-formed rivalry between the Padres and defending World Series champion Los Angeles Dodgers has more than lived up to the hype.

You get mixed opinions on a word that was thrown out there. And that word is, “what is, rivalry, Mr. Trebek.” Both sides are understandable. You see, excluding the shortened 2020 season, the Padres have been really bad at baseball since about 2010. 2010 is the last year the team had a winning record. And, you have to go all the way back to 2006 to find the last time the Padres won the NL West.

The Dodgers, on the other hand, have won the NL West division crown every year dating all the way back to 2013. So, how dare one have the audacity to call these two teams rivals! The Giants have won the World Series three times since 2010; they should be the Dodgers rival!

Ok, ok, calm your coconuts. Things got a little out of hand there. And, the truth of the matter is simple. What have you done for me lately? That’s the key point of focus here. The Padres have,

At the end of the day, the Padres and Dodgers are MLB’s powerhouse teams of the right now. The teams are both stacked with superstars. And, every time these teams play, fans feel like they’re watching the World Series. Don’t question the logic any longer. Simply accept it; Padres Dodgers is the best rivalry in baseball right now.

Head all the way back to the first week of the season. In a game vs. the San Francisco Giants, Fernando Tatis Jr. stepped to the plate. Giants pitcher Anthony DeSclafani threw a breaking ball that whizzed past Tatis for strike three. The problem was that he swung out of shoes and crumbled to the ground in agony after the swing.

It was later announced that Tatis Jr. had partially dislocated his shoulder. After further exams, it was revealed he also had a partial tear of his labrum. Luckily for Fernando Tatis Jr. and the Padres, the injury wouldn’t require surgery. However, Tatis would be placed on the 10-day IL.

Tatis Jr. returned from the IL just in time for the team’s first matchup vs. the rival Dodgers. A lot of questions surrounded him. How would his range of motion be? Would he be able to perform at the same level fans are accustomed to seeing him perform at?

So, to answer the question, how would he perform. The answer, vs. the Dodgers at least, has been really, really good. In seven games this season vs. the Dodgers, Tatis has,

In the last three days, Fernando Tatis Jr. has hit five home runs. Tatis Jr. hit two in one game off of Clayton Kershaw. This was followed by a game in which he hit two off of Trevor Bauer. The cherry was plopped on top after Tatis took Dustin May deep the following day.

Trevor Bauer is one of those guys that players hate when he’s not on their team. BUT, when he is on your team, you’ll love him. Why? Because he’s great, Bauer is one of the most elite pitchers in MLB right now. Bauer is getting paid $85 million over the first two years of his contract, which is bonkers.

Bauer is also one of the most outspoken players in baseball. Famous for hurling a ball over the center-field wall when being removed from a game while he was pitching for the Cleveland Indians. Also famous for how he’ll strut around the mound like Conner McGregor after recording a big strikeout. One of his most interesting antics was in Spring Training, where Bauer was pitching with one eye closed. His reasoning, If opponents can’t record hits off of him with one eye closed, they definitely won’t be able to when he’s got both eyes open.

Combining Bauers outspokenness with the electrifying energy of Fernando Tatis Jr. and you get must-see tv every time the two face. And, Saturday’s matchup between the two didn’t disappoint. Tatis Jr. took Bauer deep twice. Tatis proceeded at one point to mock Bauers McGregor strut as he mimicked the move while rounding the bases. On his second home run, Tatis Jr. rounded first base and turned to his teammates in the dugout, covering one eye.

It’s good stuff, it’s entertaining, and it’s great for baseball. What do a lot of people think about baseball? The game is boring. Well, guess what? There isn’t anything boring about Fernando Tatis Jr. vs. Trevor Bauer, nothing boring at all.

They Are Doing It The Right Way

The second type of player wants the game to be fun and celebrated. Players like Bauer and Tatis Jr. believe in celebrating your victories. If you hit a homer, throw your bat, pimp it if you will. If you strike out a great player, celebrate it, pump your chest.

The second group in the narrative will always catch some flack. Some players do not want to see these celebrations and will result to headhunting on the mound. Taking matters into their own hands and will induce on the field benches-clearing screaming matches or throw 100-mph fastballs into hitters rips.

Bauer was asked about Tatis Jr. and his celebrations after the Cy Young award winner was taken deep twice in Saturday’s game. Bauer had this to say,

“I like it. I think that pitchers who have that done to them and react by throwing at people, or getting upset and hitting people or whatever ”” I think it’s pretty soft. If you give up a homer, the guy should celebrate it. It’s hard to hit in the big leagues.”

This type of attitude is needed in baseball. Trevor Bauer and Fernando Tatis Jr. make baseball fun. And, the fun didn’t stop when Saturday’s game concluded as the two took to Twitter.

There always has to be drama, and drama fans received as Tatis Jr. was immediately accused of looking down at signs while at the plate vs. Bauer. You can take this and run with it if you so choose, but take a good look at the tape before turning your social media accounts into a Facebook threat.

Of course, however, the two superstars had to take to Twitter for some additional jabs at one another. When the story got to Bauer that Tatis Jr. had been allegedly looking down at signs, Bauer had this to say.

“If you need to know what pitch is coming that badly, just ask daddy nicely next time. You know I ain’t scared homie.“

Now, of course, Tatis Jr. wasn’t going to let that one slide and chirped in with a tweet of his own, posting this photoshopped picture of himself holding a small child with Trevor Bauer’s face cropped over the face of the child.

Whether you’re a baseball fan, a sports fan, or just a fan of pure entertainment, you owe it to yourself to jump on the hype train of this rivalry. The two clubs won’t face off again until June 21st. So, it’s time to do yourself a favor and set a reminder for the date in your phone right now. Don’t miss out on any of the magic that happens when these rivals face off again.