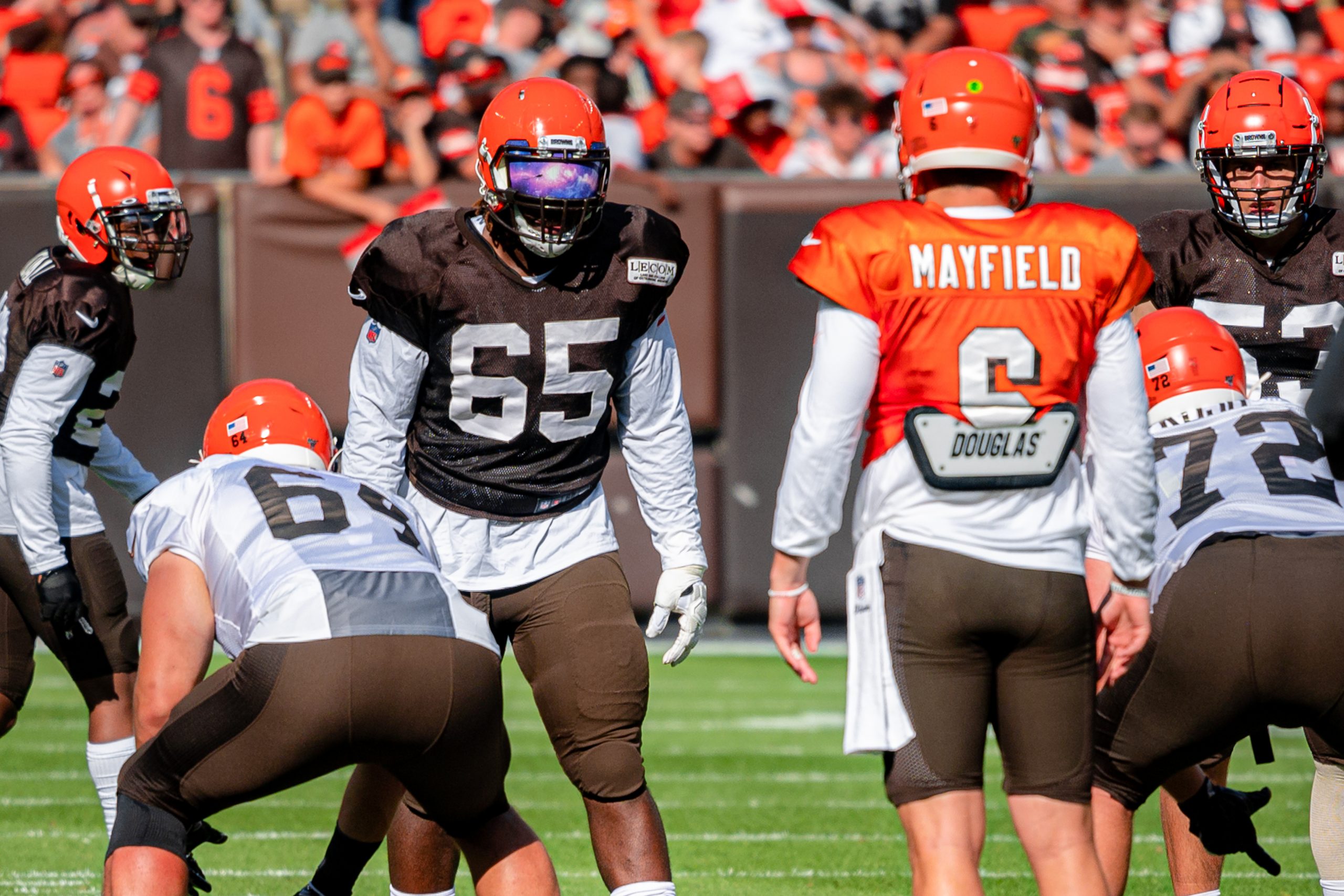 With the countdown to the NFL Draft switching from weeks to days and now to hours, it’s a good time to look back at previous drafts. In this exercise we are ranking the 10 players drafted with the first overall pick from 2011 ”“ 2020. If you have not seen the rankings for the fourth, third or second overall picks, make sure to check them out.

For teams with the #1 pick, drafting a quarterback is the typical thing to do. Of the 10 players on this list, seven of them are quarterbacks and the three that aren’t quarterbacks are at premium positions like left tackle and defensive end.

Jameis Winston is as low on this list as he is for two reasons. The first is he has not lived up to his being picked number one overall and second because his upside is lower than players like Joe Burrow, Baker Mayfield and Kyler Murray.

Of positive note for Winston, he was named to the 2015 Pro Bowl and in 2019 he was the NFL passing leader, throwing for 5,109 yards. In that 2019 season, his last as a member of the Buccaneers, he also threw for 33 touchdowns and a league-leading 30 interceptions. He spent his 2020 season as a backup to Drew Brees in New Orleans and is poised to take over the starting role there in 2021.

Jared Goff is a two-time Pro Bowl player who led the Los Angeles Rams to the Super Bowl in 2018. In his five year career he has thrown for 18,171 yards with 107 touchdowns and 55 interceptions.

One of the biggest “issues” with Goff is that we have seemingly seen his ceiling. In 2019 he signed a big contract extension which included $110 million guaranteed. After the 2020 season Goff was traded to the Detroit Lions for Matthew Stafford.

Joe Burrow is ahead of Winston and Goff because of his potential because had we based it on what they have accomplished already in the NFL, Burrow hasn’t had as much of an opportunity. Burrow was playing well in 2020 when he got hurt during a Week 11 game against the Washington Football Team.

Burrow’s accuracy is one aspect of his game that people are very excited about. With an on target percentage of 75.3% in 2020 and having only thrown five interceptions in 404 passing attempts, there is a lot to be excited about.

The biggest concern Bengals fans should have is protecting Burrow. In 2020 he was sacked 32 times in only 10 games. During the off-season the Bengals signed tackle Riley Reiff, but will need to continue to build up the offensive line if they want Burrow to stay healthy.

The 2013 NFL Draft was one of the worst in recent history. While some later round picks like Travis Kelce and Le’Veon Bell and Tyrann Mathieu have emerged as excellent players, the top of the draft is full of players who never lived up to being drafted so high.

While not exciting, Eric Fisher was the right pick to go number one overall. He has had a nice long career which has included being named to the Pro Bowl twice and helping the Kansas City Chiefs win Super Bowl LIV.

In his eight year career, 2019 was the only season he played less than 10 games, which shows his durability. Additionally, in the over 7,000 snaps he has played in the NFL he has only been called for 54 penalties. He was recently released by the Chiefs and is currently a free agent.

This is probably one of the more controversial placements on these lists. Many people see Jadeveon Clowney as a total bust who should be at number 10 on this list, however, he has made it to three Pro Bowls, which is more than most players on this list.

Additionally, it’s important to understand who Clowney is. He is not a sack artist like Myles Garrett or Hall of Famer Bruce Smith, but he is a very good player. It is fair to say that he was drafted too high for his skill set, but the Texans clearly saw his athleticism and thought he would be the right player.

He has bounced around to a few teams these past few seasons and is currently a member of the Cleveland Browns. Getting the chance to play with Myles Garrett should give Clowney opportunities to play better than he has recently.

In Baker Mayfield’s three seasons as a starter for the Cleveland Browns he has had one and a half good years and one and a half difficult years. 2020 and the second half of his rookie campaign in 2018 were very good while the first half of 2018 and 2019 were less than ideal.

Of positive note for Mayfield, for the first time as a professional, he will have the same coaches for a second consecutive year. Additionally, the offense, which he kept looking more comfortable in as the 2020 season progressed, is bringing all the key players back.

A few of Mayfield’s accolades and accomplishments include, but are not limited to:

\The Browns recently picked up Mayfield’s fifth year option and are hoping to sign him to a long-term deal. If he can stay healthy he is in a great situation to keep producing at high level on a yearly basis.

Even though he has only been in the NFL for two seasons, Kyler Murray is well-deserving of being this high on the list. He was the NFL Rookie of the Year in 2019 and a Pro Bowler in 2020. He has thrown for 7,693 yards with 46 touchdowns and 24 interceptions in his two seasons. He also has rushed for 1,363 yards and 15 touchdowns.

Murray was put into a perfect situation of having a head coach in Kliff Kingsbury who had a very specific vision for Murray. Had any other team, with any other head coach had the first overall pick in 2019, Murray would likely have not been the pick. Arizona’s offense is in a good spot and if the defense can play better in 2021 the Cardinals should be playoff-bound.

Myles Garrett is a difference maker on defense. In his four-year career he has 42.5 sacks, 83 quarterback hits and 10 forced fumbles. He has been named to the Pro Bowl twice and in 2020 he was a First Team All-Pro. While the incident that took place against Pittsburgh in 2019 will always follow him, it does not affect him for this list.

The Browns spent the off-season building up their defense and Garrett should be a major beneficiary. If he can continue his ascension, he should be one of the few players on this list who will be a future Hall of Famer.

When talking about number one overall picks there are usually three narratives. The first is the player who lived up to the hype, the second is the player who was a total bust and the third is players whose careers were cut short due to injury. Andrew Luck is the “Venn Diagram” of the first and third types of number one picks.

Luck started his career with three Pro Bowl seasons, but in his fourth season, 2015, the injuries started. He would miss most of the 2015 season, all of the 2017 season and retire during the preseason of the 2019 season.

In his career he threw for 23,671 yards, 171 touchdowns and 83 interceptions. In 2014 he had a career high of 40 touchdown passes. He was also a clutch performer, leading the Colts to 16 fourth quarter comebacks.

Generally speaking, we remember the most recent things we saw and when it comes to Cam Newton, his most recent play has been underwhelming. However, he is a former Rookie of the Year and MVP who holds multiple NFL records, including:

Sadly for Newton, in his last three seasons, he has dealt with numerous injuries. Most notably, in 2019 he only played in two games after suffering an injury to his foot. He is currently about to start his second season with the New England Patriots.

3 Star WRs to trade away before the draft
Latest 2 Round NFL Mock Draft
wpDiscuz
0
0
Would love your thoughts, please comment.x
()
x
| Reply