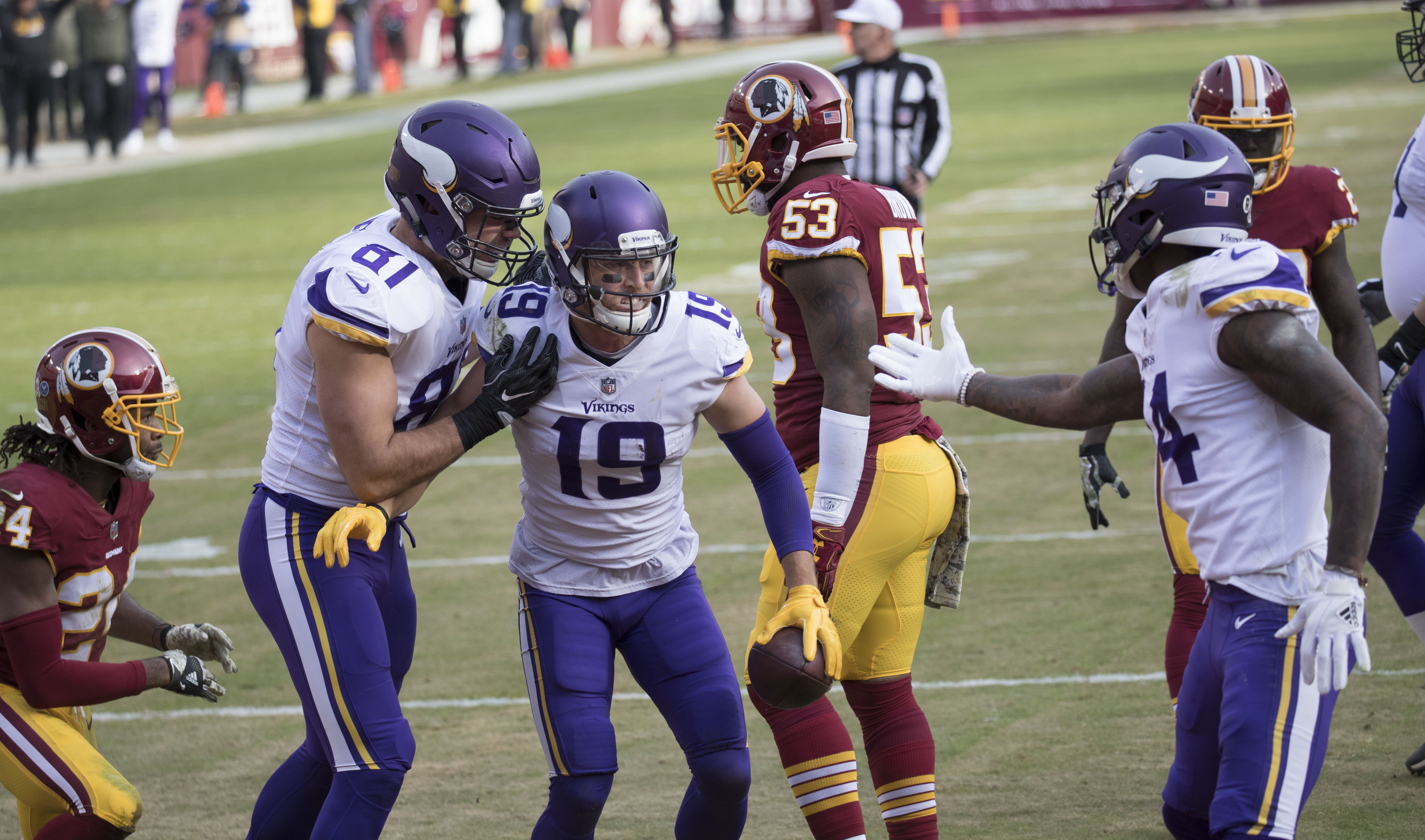 Imagine having Brandon Marshall on your dynasty team for his entire career. He probably would have helped win you a few championships, but what could he have been traded for right after going to the Jets? The same could be said for Dez Bryant when he first landed in New Orleans, or Demaryius Thomas before his last year in Denver, & many others in hindsight. There is no way to know when a player’s career will slow down, but the brightest stars seem to burn out the most noticeably.

While trading away some of these players may seem ridiculous, they are likely to have a lot less trade value in a couple of years. It pays to be on the right side of change in the long run, but someone in your league is all in to win now & they might pay handsomely for these players.

Adam Thielen’s Dynasty ADP is already dropping, due to a combination of expected regression & his age. The 8th year veteran is being drafted between WR25 & WR30 in dynasty startups, despite finishing at WR10 in 2020. Thielen’s teammate, Justin Jefferson had an unbelievable rookie season but didn’t steal any of his thunder. If anything these two were able to benefit from one another, as last year Thielen caught 5 more touchdowns than ever before in a single season. Combing for just 34 receptions, Chad Beebe & Olabisi Johnson certainly haven’t been a threat to Thielen’s production, but there’s been no tangible threat needed to hurt Thielen’s ADP. If the Vikings take a WR anywhere in the first 5 rounds, it will instantly be worth waiting until Thielen has a big fantasy week before trading him. Such a pick doesn’t seem to be on anyone’s radar so far, which is another reason Thielen’s trade value may be at its highest from this point forward. Thielen should continue to benefit from Jefferson going forward & he’s played all 16 games for 5 of his 7 seasons in the NFL. With his history of good health and his huge 2020 season, Thielen should be worth a minimum of a low WR2 price in dynasty trades.

It’s no surprise that Julio Jones is being drafted higher than his 2020 finish. This is partly due to the fact that he finished 3rd at the position as recently as 2019, which overshadows the 7 games he missed in 2020. Atlanta is a popular mock draft landing spot for both Kyle Pitts & the variety of QBs with the fourth overall pick. If the right QB falls to Atlanta, we can expect Jones to have another big year, however, if the Falcons take Pitts, we could see the veteran’s value drop immediately.

Jones can absolutely be a league winner in 2021, however, if you’re looking to win 3 of the next 5 championships, he may serve better as a trade asset to a league mate with more short-term ambitions.

Since Calvin Johnson was selected 2nd overall in 2007, there have been only 5 receivers taken with a top 5 pick. Davis is the most recent of these 5. In 2020 he finished 34 spots higher than in 2019. Now on a new team with a new coach & a rookie QB; Corey Davis no longer has AJ Brown, or Jonnu Smith to detract targets or defenders. Davis’s situation is one of the more difficult to predict for several reasons. The expectation for the upcoming draft is that the Jets will take a QB with the 2nd overall pick. Davis’s first 2 years were part of the  Marcus Mariota era & each of his second 2 years saw Derrick Henry lead the league in carries. AJ Brown’s success definitely cheapens the second excuse, however, Davis did have a top 30 WR finish in both 2018 & 2020. There will be several needs for this team to address ahead of the receiver position in the upcoming draft. Davis should be the clear WR1 on this team. At only 26 years old, he may be worth more than his current trade value, yet in the event of another down year, this may be the last offseason that his original draft capital holds any sway in dynasty trades. The rookie QB that the Jets decide on could affect Davis’s trade value instantly, which is another reason to consider trading him at a minimum of high WR3 price now.