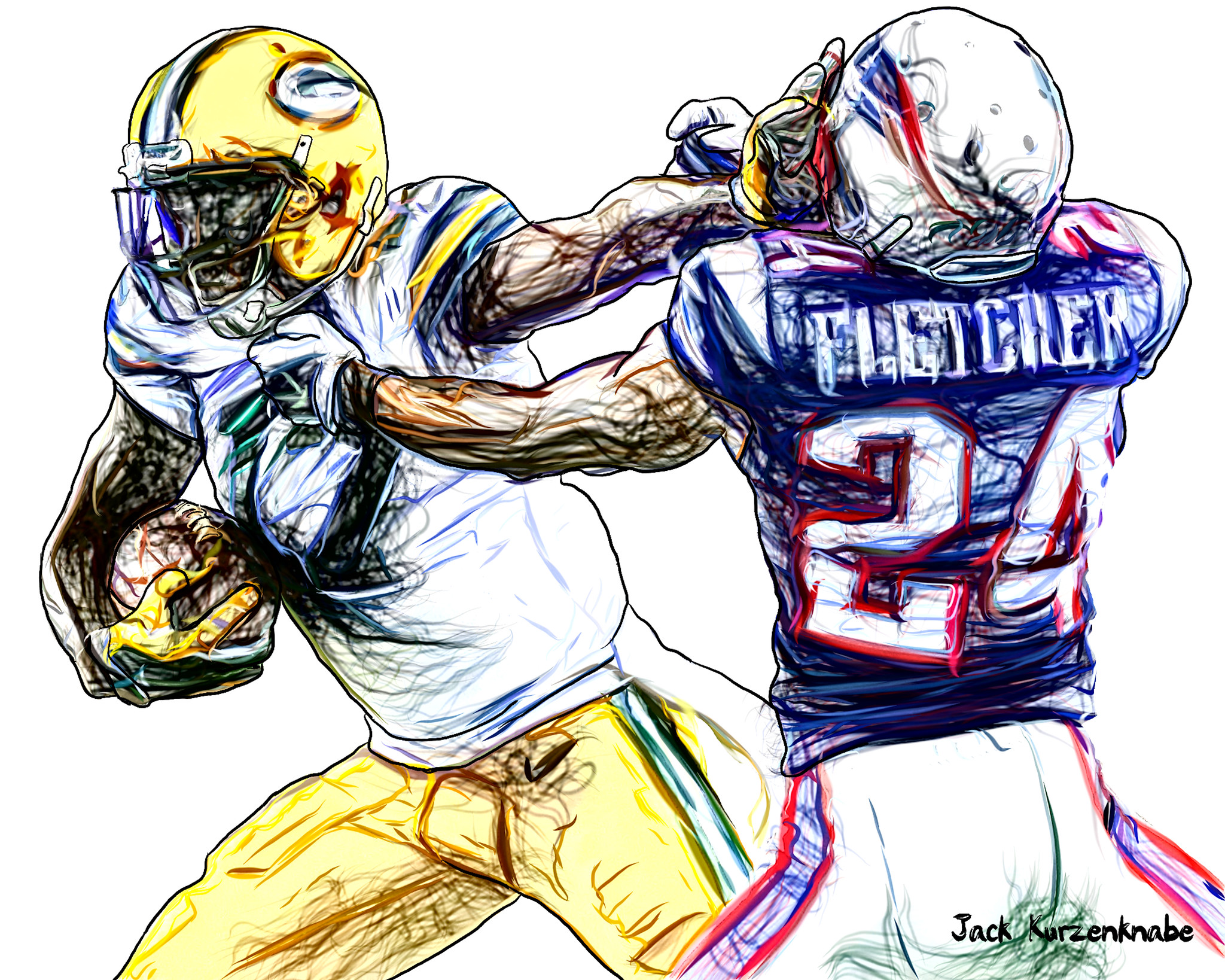 The 2021 NFL Draft is upon us and that begs the question, who will be the first player selected by the Green Bay Packers? This article will detail three different scenarios that could take place on draft night. The first scenario would be the Green Bay Packers trading up in the draft with the Indianapolis Colts for the 21st overall pick. The second scenario would be the Packers sticking and picking at 29th overall in the draft. the third and final scenario would be the Packers trading out of the first round, potentially with the Philadelphia Eagles, and putting off their first selection until Friday afternoon. In all three of these scenarios, I will be listing the three most likely players to be drafted by the Packers at that selection.

In this Scenario the Packers have traded up eight selections, sending picks 29, 94, and 142 to the Indianapolis Colts for the 21st overall pick in the 2021 NFL Draft.

Greg Newsome Jr.– Newsome is exactly the type of player the Packers would target with the 21st overall pick. He is one of the most dynamic cornerbacks in the 2021 draft class. When you take into consideration his age and athleticism he very well may be the Packers favorite prospect in the 2021 NFL Draft. The Packers have consistently prioritized younger players with elite athleticism. Newsome gives the Packers just that and would provide an elite tandem between himself and All-Pro cornerback Jaire Alexander.

Teven Jenkins-Jenkins is hands down the best right tackle prospect in the 2021 NFL Draft. If the Packers trade up to 21st overall and Jenkins is still available he very well could be the pick. The Packers will have a dynamic one-two punch in the running game with Aaron Jones and A.J. Dillon. Drafting Jenkins would provide the Packers with a nasty run blocker who will pave running lanes for those two backs. Jenkins, like Newsome Jr, is also an elite athlete at his position and thus is an ideal selection for the Green Bay Packers.

Rashod Bateman-Bateman is clearly the 4th best wide receiver in the 2021 NFL Draft and will likely be targeted by the Chicago Bears at 20th overall, and the Tennessee Titans at 22nd overall. If the Packers would like to give Aaron Rodgers a dependable receiver who can play opposite Davante Adams then Bateman would be the ideal selection at 21st overall.

Caleb Farley-Farley was at one point considered the top cornerback in the 2021 NFL Draft, but injury concerns have caused him to fall down draft boards. Even with his two back surgeries, if Farley is available at 29th overall the Packers will have to strongly consider drafting the elite prospect despite his injury concerns. If Farley can enter the 2021 NFL season with a clean bill of health the Packers will have one of the best cornerback duo’s in the NFL.

Terrace Marshall-Just like Greg Newsome, Terrace Marshall is one of the youngest players in the 2021 NFL Draft. Marshall also has an outstanding combination of size, speed, and athleticism. He is exactly the type of player the Packers would target with the 29th pick in the NFL Draft.

In this scenario the Packers trade the 29th overall selection to the Philadelphia Eagles for picks 37, 123, and 150.

Ifeatu Melifonwu-No matter when the Packers make their first selection of the 2021 NFL Draft, cornerback will be one of the top positions under consideration. Thus Melifonwu would be the next corner on the list for the Packers to consider with the 37th overall pick. Like Newsome, Melifonwu is an elite athlete. A cornerback who possesses a tremendous combination of size, speed, and leaping ability.

Elijah Moore-Last on this list is Ole Miss receiver, Elijah Moore. Moore would provide the Packers with a dynamic slot receiver with elite speed. Moore measures in at 5’9″ tall and 185lbs. He also possesses 4.32 speed. The Packers made the mistake of passing up on Ole Miss receivers D.K. Metcalf and A.J. Brown in the 2019 NFL Draft. Hopefully, they won’t pass up on this Ole Miss product, who led all receivers in college football with 149 receiving yards per game in 2020.

Three reasons why the 49ers draft Trey Lance
3 reasons why Caleb Farley will be the Saints pick
wpDiscuz
0
0
Would love your thoughts, please comment.x
()
x
| Reply