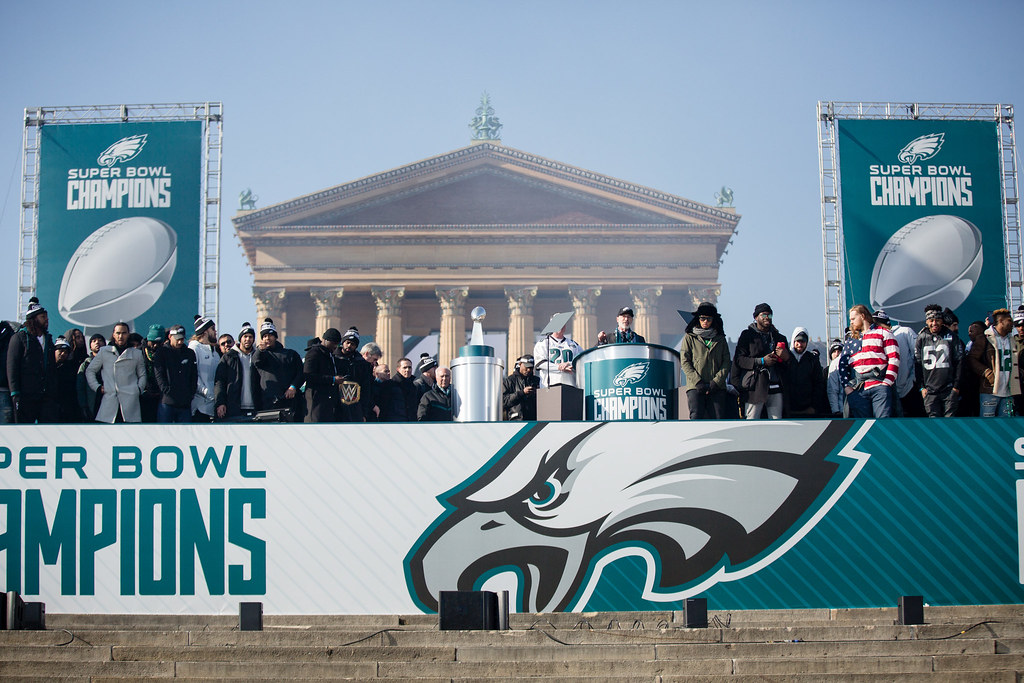 What are the biggest areas of need for the Eagles?

Now that the dust has cleared on an eventful NFL Draft, teams have shifted their focus to the remaining needs that their rookie class may have failed to address.  As a club in transition, the Eagles’ offseason has been turbulent throughout and there’s no reason to suspect that the winds of change will die down any time soon.

According to overthecap.com, a respected purveyor of salary cap information, the Birds currently find themselves extremely cap strapped with less than a quarter million dollars of effective cap space to speak of.  However, this figure includes the lofty $12.7 million cap hit for tight end, Zach Ertz, who was surprisingly not moved during draft weekend.  Despite his iconic standing with the franchise, Ertz’s talent and salary are both luxuries that the Eagles cannot afford and thus it is likely that he is either traded or released prior to the season.

So, assuming a pending influx of cap space, which areas of the roster are in most dire need of reinforcement?  And, which currently unsigned free agents might be best suited to fill those roles?  Let’s have a look.

With the approach of the draft, mock after mock seemed to suggest that the Eagles would address the glaring need in their secondary by selecting a corner at pick number 12.  As it turned out, two of the premier defensive backs in the 2021 class, Surtain and Horn, were selected within the top 9.

We may never know if a first-round cornerback was in the plans for the Eagles.  However, after pivoting to acquire WR DeVonta Smith in the first, we can say with certainty that the need in the defensive backfield persists.  After bidding adieu to the finger wagging Jalen Mills in free agency, an established positional weakness has become even more obvious.

With the NFC East boasting receiving talent like Lamb, McClaurin, Galladay, and Cooper, a weak cast of corners is certainly inideal.  Darius Slay remains to headline the corps, but the talent drops off sharply after top billing.  Avante Maddox has been afforded multiple opportunities to man the outside, but at this point it is safe to assume that he is best suited as a slot corner.  That leaves an uninspiring group of Craig James, Lavert Hill, and 4th-round rookie Zech McPhearson to battle it out for a starting job.  Not great.

The good news?  There are quite a lot of unsigned corners available in the free agent market.  Additionally, there are few teams with significant cap space, so player agents are on the verge of slashing their asking prices.  The premium names on this list include the likes of Richard Sherman, Steven Nelson, and Bashaud Breeland.  However, don’t be surprised if the Eagles seek out a more affordable option like Cre’Von LeBlanc, a player that they have familiarity with and can likely sign at a discount.

The premise that the Eagles will have money to fill gaps rests firmly on the presumption that they move on from Zach Ertz and his significant salary.  However, in doing so, they will naturally create a void in their roster.

Dallas Goedert will almost certainly be the team’s featured tight end and is poised as a breakout star.  However, the depth dries up quickly beyond this point.  A bench consisting of Jason Croom and two positional converts in Hakeem Butler and Tyree Jackson represents raw upside in dire need of development.

Head coach Nick Sirianni has preached the benefits of utilizing ‘12 personnel’ featuring two tight ends, thus it’s reasonable to suspect that a more seasoned weapon at the position may be coveted in the immediate.  The list of available free agent tight ends is unfortunately not quite as appealing as the aforementioned corners.

Trey Burton, of ‘Philly Special’ fame, may be a name worth monitoring as he has obvious ties to both the franchise and the head coach, coming off his most recent stint being coached by Sirianni with the Colts in 2020.  The once promising Tyler Eifert could be another player that the Eagles may consider in a backup capacity, if they can acquire him at the right price.  Lastly, Richard Rodgers is a well rounded veteran with organizational familiarity that the Eagles may envision as a low-risk, dependable option.

Though perhaps not as appealing to speculate upon, to quote Rich Eisen, “Punters are people too.”  As a team in search of an offensive identity, it is likely that the punter will play a significant role for the underdog Eagles in 2021.  A specialist with a big, accurate leg can significantly impact field position and provide a boost for a team in need.

The current depth at punter for the Eagles consists of the one and only Arryn Siposs, a 2020 undrafted free agent who inked a futures contract with the Eagles just a couple of months ago.  Siposs, a former Australian Rules Football player and rugby style punter, offers some distinct athletic pedigree.  However, his skills were not sufficient to beat out Lions punter Jack Fox, ultimately finding his way onto the Eagles roster as a castoff.

Even if the Eagles are intrigued by Siposs as a prospect, they would be wise to add a second punter to their camp roster for the sake of competition.  The most notable names available are longtime Saint, Thomas Morstead, and former Cowboy, Chris Jones.  These punters are seasoned veterans who are capable of winning the job outright or, at the very least, imparting some sage wisdom to the unproven Siposs.  Additionally, neither would likely not fetch significant free agent dollars, making them very attractive upgrades for a team in need.

The youth movement is clearly in motion for an Eagles team looking to lay the foundations for a new era of success.  The investment in draft capital and a young, vibrant coaching staff has signaled a new direction for the storied franchise.

However, as an engaged owner, Jeffrey Lurie is not likely to accept the on-field failure typically associated with a conventional rebuild.  To the contrary, the Eagles are likely to make every effort to stay competitive as they turn over the roster.

Look for the Birds to make aggressive additions at the aforementioned weak spots in the coming weeks and months as they fine tune for what is sure to be a fascinating 2021 season.

It was my pleasure to bring you this piece, and I would love to continue the conversation.  Please comment below or contact me @Spydes78 on Twitter with your thoughts.  Also, thank you to @x_prosports for the opportunity to contribute to their top notch offerings.  Be sure to browse their archive of talented writers for excellent insights to all aspects of professional sports.