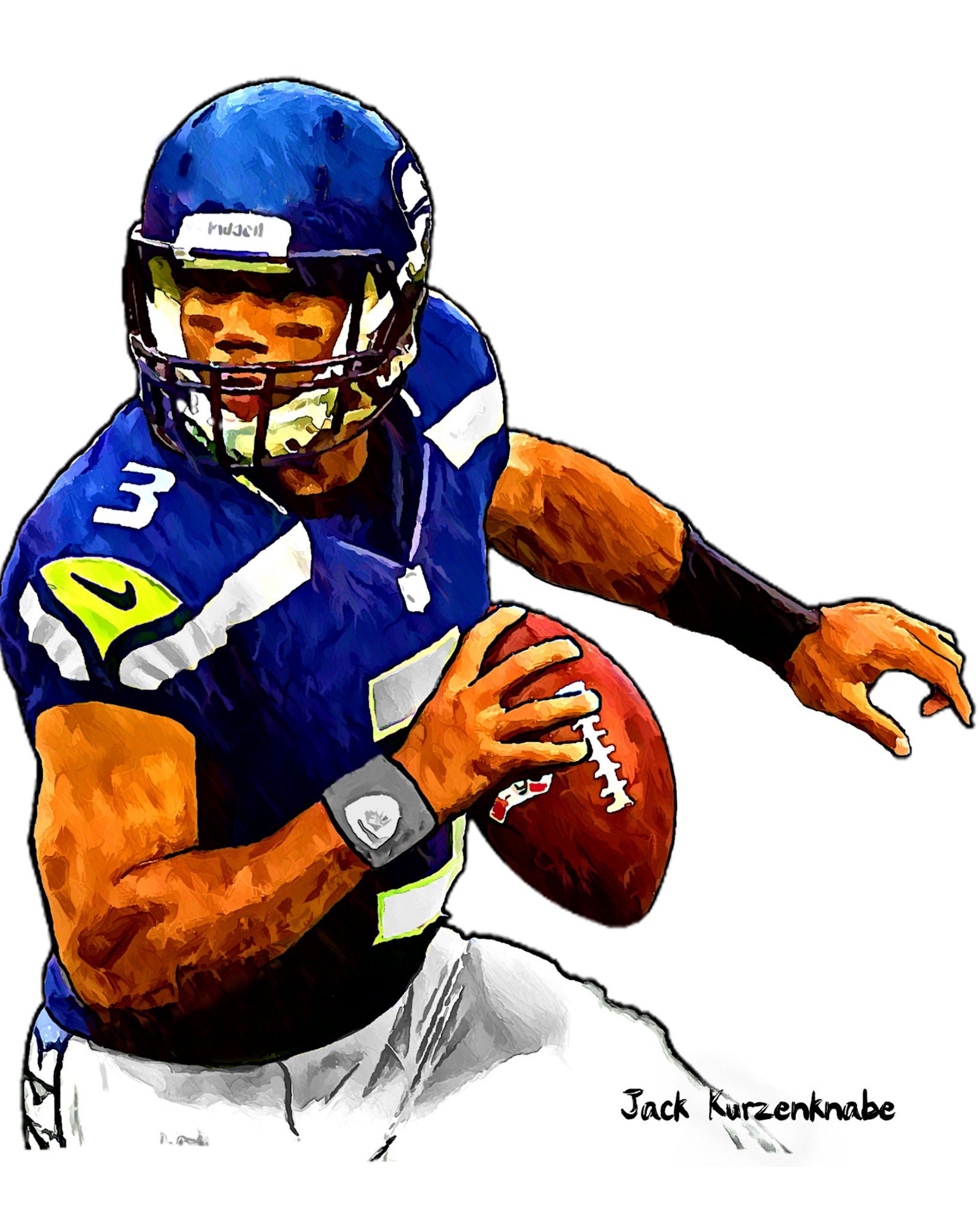 Who are the biggest draft gems?

Nobody involved in the draft process knows anything about anything.

The league has seen safe, uber-talented college athletes fizzle out in a matter of seasons, fail to reach their potential, or miss out on playing entirely. In some cases, even the first-round guys meet this unfortunate fate.

But for every David Carr and Jamarcus Russell, teams manage to hit on players like Russell Wilson and Dak Prescott— two players taken after the first round who have proven to be stars in the league.

The list isn’t limited to those two, either. In fact, the NFL is littered with diamonds in the rough who slipped through the cracks of the first round to outshine their counterparts taken within the first 32 picks.

And as is the case every year, the 2021 NFL Draft will be no exception. Some first-round players will fail to meet expectations, while others taken after them will shine in the league for years to come.

Here are three players taken after the first round that could be those late-round gems.

Jeremiah Owusu-Koramah, the Notre Dame product and recent addition to the Cleveland Browns linebacker corps, was taken 52nd overall in the 2021 NFL Draft– the back half of the second round. If all goes well, he could prove to be the strongest defensive player to come out of the class in just a few short years.

College production wasn’t the reason Owusu-Koramoah fell all the way to the 52nd pick. In both his junior and senior seasons, Owusu-Koramoah was a deadly, do-it-all defensive weapon for the Fighting Irish. Not only were his 80 tackles in 2019 a team-high, but the linebacker also hit team-highs in both tackles for loss and sacks, with 13.5 and 5.5, respectively.

A field general savvy enough to contain offensive players in the open field, and an explosive threat quick enough to disrupt the backfield, Owusu-Koramoah would only add to his accolades in 2020, winning the Butkus Award for college football’s best linebacker, while also ending the season as a unanimous All-American selection.

Owusu-Koramoah’s resume is difficult to argue against, but college production isn’t always a one-to-one translation to NFL production. Athletic traits are necessary as well. Those, however, aren’t why the Notre Dame star fell, either.

Even while sitting out of the 40-yard dash and bench press at Notre Dame’s Pro Day, Owusu-Koramoah delivered a spectacular athletic showing, registering a 6.81-second three-cone time to prove his agility, while also recording a 10’4” broad jump to remind scouts of his explosiveness. That broad jump score would have been good for fifth among linebackers participating in the 2020 NFL Combine, while the three-cone time would have been the top of the class.

Neither talent nor production held Owusu-Koramoah back. Rather, the player who might be the draft’s most polished defensive prospect slipped down through to the second round in part due to health concerns, specifically, heart issues. Issues which recently, Owusu-Koramoah has completely dismissed.

If Owusu-Koramoah truly is as healthy as he claims, he could be an instant starter on a Cleveland Browns defense that, all of a sudden, is starting to look like a strong unit. Myles Garrett finally has a capable running mate in Jadaveon Clowney. Star cornerback Denzel Ward got some help at his position group with Cleveland’s signing of Troy Hill from the Rams, along with the Browns’ first-round draft selection of Greg Newsome out of Northwestern.

With stars across the position groups, Owusu-Koramoah has the talent to be the last piece in rebuilding the Cleveland Browns defense. And with the talent around him, the linebacker could be able to shine immediately.

For as potentially confusing as that might be in the moment, the running back Michael Carter has the talent to sneak into being a household name, and is now in the situation to hit that potential in his rookie year.

Carter, through four years in college with the North Carolina Tar Heels, has put together a resume of the explosive, versatile production that the Jets offense desperately craves. Despite having a deep cast of running backs that included Le’Veon Bell and Frank Gore, the New York rushing attack sputtered in 2020 to the seventh-lowest yards per carry figure at 4.1, while tying for dead last in team rushing touchdowns with just nine.

New York struggled to reach the endzone on the ground, and had equal trouble finding any efficiency in the running game. Michael Carter could solve both of those issues from Day One.

Carter was a big play waiting to happen in 2020, averaging 8.0 yards per carry with the Tar Heels, and being the only player in college football to have that efficiency with more than 10 games played. His 1,245 total rushing yards were fourth at the FBS level in 2020 as well, ahead of names like Travis Etienne, Trey Sermon, and Javonte Williams– all of whom were drafted before Carter.

But Carter’s true strength lays in his ability to do any and everything for a football team. The running back ended three of his four college seasons with over 20 receptions, including a 25 catch season in 2020 that resulted in him adding two touchdowns as a receiver on top of the nine he managed on the ground. Carter even showed his value on special teams as well, returning 29 kickoffs over his college career for a 22.4-yard average.

For a New York team breaking in a rookie in Zach Wilson who they hope will be the face of the franchise for the next decade, bringing in some exciting weapons could be key in developing Wilson to those lofty expectations. Finding a weapon like Carter in the fourth round, an explosive running back with pass-catching skill and special teams value, could prove to be a steal.

The Carolina Panthers drafted a First-Team All-SEC player from the reigning national champions to fill a glaring team need, and they got him in the sixth round.

Deonte Brown, the guard from the Alabama Crimson Tide, might have been a late Day Three pick, but he might have gone to the perfect situation to be an immediate impact player on a weak Panthers offensive line. With his experience in college, Brown might be NFL-ready enough to even be a starter in his rookie season.

The absolutely massive, Blastoise-esque guard on the perennial college football powerhouse managed to see the field as a starter by his sophomore season, and has only grown as a player with that experience. Crafting a decent offensive line is a five-man job, but Brown was a part of an Alabama blocking unit that allowed just 19 sacks in 13 games in 2020. The Crimson Tide might have been even stronger as a run-blocking unit, creating lanes that allowed Alabama to hit 5.0 yards per carry as a team.

Deonte Brown has played for a long time, and has done it on the highest level college football has to offer. Heading to a Carolina team with uncertainty at some spots on the line, and older veterans at others, Brown has the chance to be an important piece of the Panthers offensive line– and the talent to stick around in the league for years.