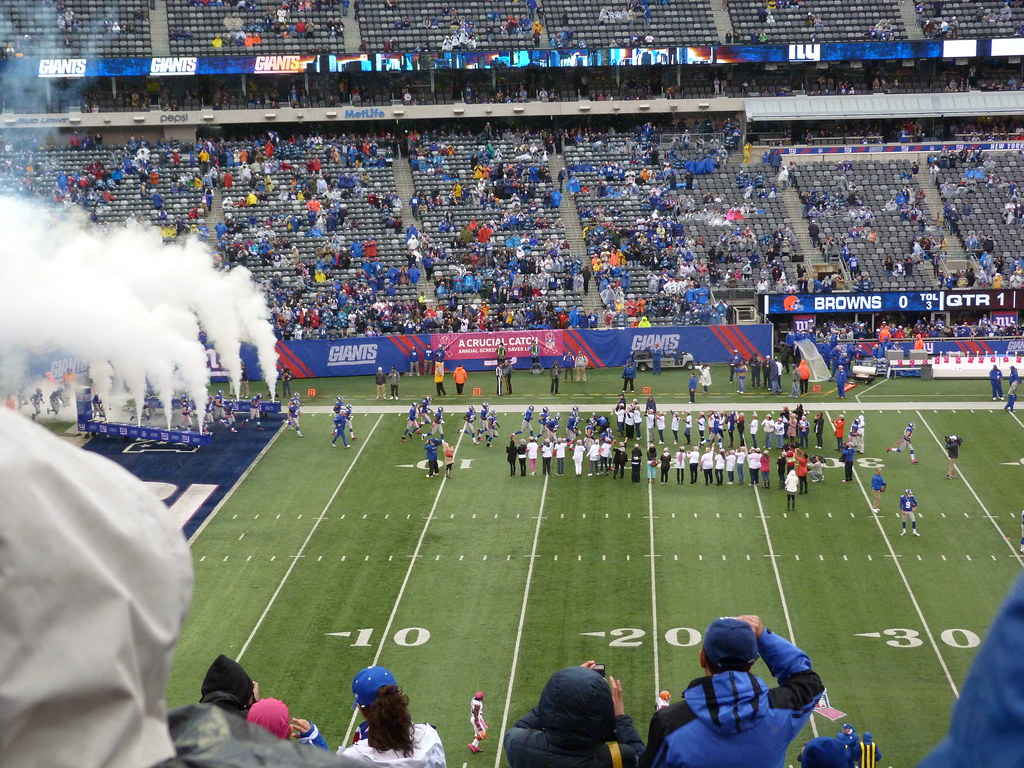 Is rookie Kadarius Toney a steal?

During his first seven drafts as a general manager, Dave Gettleman was known for never trading down. In what can only be described as a shocking turn of events, Dave’s front office traded down twice in the first two rounds of the draft, accruing extra day three and future capital in the process. When the draft finished, the Giants exited with extra 1st and 4th round picks courtesy of the Chicago Bears and a future 3rd round pick via the Miami Dolphins. While these 2022 picks will certainly help the Giants build a complete roster in the future, they do not make the team better for week one of the 2021 season.

The Giants’ key additions in the 2021 NFL draft are gadget wide-receiver/human-joystick Kadarius Toney, edge rusher Azeez Ojulari and cornerback Aaron Robinson. The Giants traded down from 11 to 20 and still managed to draft a weapon that they believe will help their offense. They then moved down from 42 to 50 and selected Azeez Ojulari. In the third round, the Giants traded up for physical corner Aaron Robinson.

Before the 2020 college football season, Kadarius Toney was not on the NFL’s radar. But after a stellar senior season at Florida, the former high school quarterback played himself into the first round of the NFL draft. The Giants deemed Toney worthy of a top 20 selection, and they expect him to contribute in multiple ways. Toney’s dynamism with the ball in his hands makes him a likely candidate for schemed-up touches on offense and special teams.

As a former special teams coach, Joe Judge has constantly stressed the importance of dominating the third unit on his football team. Judge even considered having star-running back Saquon Barkley takes the kickoff and punt returns as Barkley did in college, but he came to his senses and used safety Jabrill Peppers and wide receiver, Golden Tate, instead. Toney will immediately compete with Jabrill Peppers and new cornerback Adoree Jackson. Toney should win day one special team’s work, which could be the area where he is most impactful.

While a Florida Gator, Toney struggled mightily as a route runner and separator. Although he did not have much experience running routes before college, he did not make significant improvements. He exited the school as a poor separator against man coverage and an atrocious separator against press coverage. Toney’s lack of polish will lead to schemed touches out of the slot and behind the line-of-scrimmage. During his post-draft interviews, Toney compared himself to running back Alvin Kamara. Even though Toney and Kamara play different positions, the Giants should look at how the Saints unleash Kamara as a model for success.

The Giants’ current wide receiver depth chart is deep. Kenny Golladay is solidified as the Giants’ outside, downfield threat. Sterling Shepard offers inside-outside versatility along with phenomenal run blocking and route-running. Darius Slayton can stretch the field, but he has not solidified himself as an every-down player. Tight ends Kyle Rudolph and Evan Engram both will see targets. And let us not forget the ever-dynamic Saquon Barkley, who could feasibly post 60+ receptions out of the backfield. However, Toney is already the Giants’ shiftiest player. The Giants will likely line Toney up in the backfield or slot when he sees the field, and Jason Garrett will give Toney many designed touches. Toney’s year one impact will be on offense and special teams, but he will hopefully get touches in the same way that the 49ers use wide receiver Deebo Samuel.

Another year, another draft where Dave Gettleman takes a Georgia product in the top 75 picks. Ojulari entered the draft after his redshirt sophomore season, and many experts had him in the top 25 picks. However, rumors circulated during the draft that Ojulari’s knee was flagged during medical checks. A knee injury can be the kiss of death to any NFL player, especially one that plays a position reliant upon bend and burst.

The Giants took advantage of Ojulari’s fall, even trading back once and still landing the star edge rusher. Personally, Ojulari was in my tier one edge rush group with Jaelan Phillips, so landing him in the second round is exceptional value. The Giants even said that they would have taken Azeez Ojulari at 42, so they were given a third-round pick and a cheaper contract for the same pick. During his post-draft interviews, Ojulari mentioned how ecstatic he was to join the historic franchise. Ojulari also noted his friendship with college teammate Andrew Thomas, who even attended Azeez’s draft party.

Ojulari has the potential to be the Giants top edge rusher from day one. Lorenzo Carter and Oshane Ximines, both of whom are coming off injuries, lead the current Giants’ edge rusher room. Big Blue has sophomore rushers Carter Coughlin and Cam Brown under contract too. The Giants also added Ifeadi Odenigbo in free agency and selected Ellerson Smith during day 3 of the NFL draft. Ojulari’s relentless motor, coverage skills, and above-average athleticism give him tremendous upside in Patrick Graham’s 3-4 defense, but he may not produce many sacks during his rookie season. Many scouts viewed Ojulari as an extraordinary one-trick pony, and the development of a full pass-rush arsenal is needed if a team wants him to be an every-down player.

After two trade downs, Dave Gettleman went back to his old ways and traded up to get his guy, UCF cornerback Aaron Robinson. The 6 foot 1 defensive back offers coverage ability from both the slot and outside. Gettleman said that Robinson was in play at 50, so trading up to secure him at 71 makes sense. What is puzzling about the selection is that the Giants were already extremely deep across their secondary. The Giants have cornerbacks James Bradberry, Adoree Jackson, Julian Love, and Darnay Holmes already. Their safety room consists of Xavier McKinney, Logan Ryan, and Jabrill Peppers. Robinson only solidifies an already sound group.

Robinson does not have an instant role with the Giants, as 2020 draft pick Darnay Holmes started at slot cornerback last season, and new acquisition Adoree Jackson got paid to be their second outside corner. However, Robinson will likely play in sub-packages as an extra defensive back and will have a chance to take over slot duties.

At worst, Robinson is only a depth piece that will see the field in the event of injuries. At best, Robinson will push for the slot corner job and give the Giants’ defensive staff an overabundance of quality coverage players. It is worth noting that the 2020 Giants’ secondary lost Xavier McKinney to injury and had no consistent second boundary cornerback. The 2021 offseason ensured that the Giants are well prepared if they were to lose a starter.

The past two Giants draft classes, the first two groups of the Joe Judge era, indicate an emphasis on high-value positions. Since Judge has joined the organization,  the Giants have spent their top eight picks in four areas: offensive tackle, secondary, pass rush, and wide receiver. While Dave Gettleman is regarded as someone who spends capital on less important positions like top 50 selected defensive lineman Kawaan Short and Dexter Lawrence; or top 10 running backs Saquon Barkley and Christian McCaffrey. Judge is influencing the draft process, and his strategy should lead to more immediate dividends.