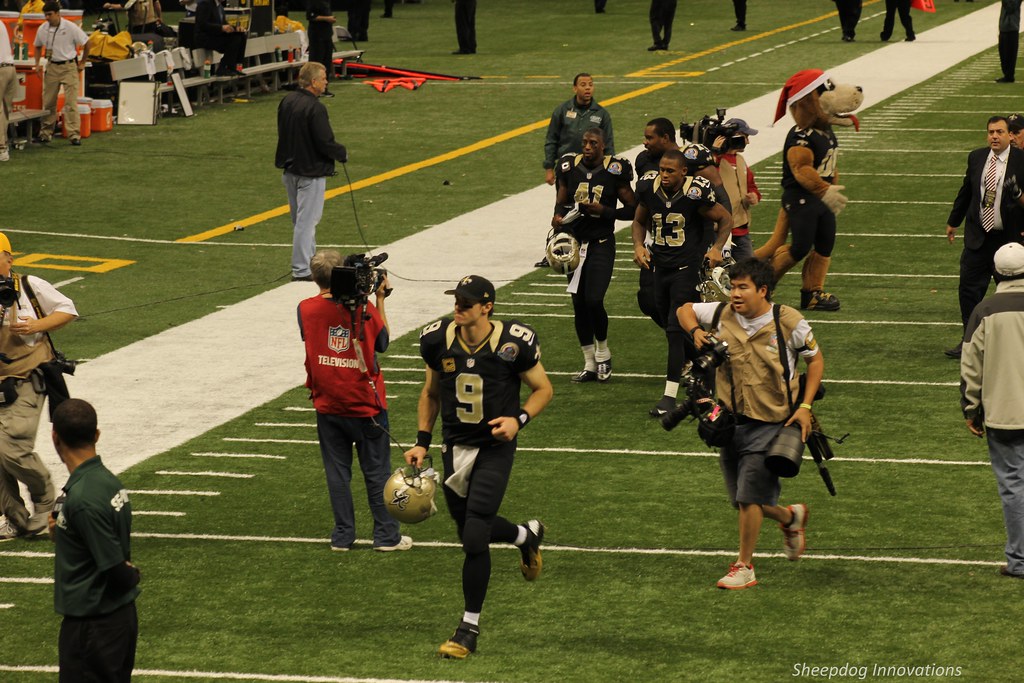 "Victory run" by Tom Pumphret is licensed under CC BY-ND 2.0

Will Book be the long term QB in New Orleans?

A new era begins for the New Orleans Saints in 2021. For the first time in fifteen seasons, the Saints will begin the season without Drew Brees under center. Since Brees announced his retirement in March, the team has started planning for the future. Jameis Winston re-signed and Taysom Hill received a contract extension. The Saints also added Notre Dame quarterback Ian Book in the 4th round of the NFL Draft. Book had a late day three grade by most draft outlets but coach Sean Payton and General Manager Mickey Loomis have never been shy about going against the consensus. Let’s take a look at what the Saints are getting with Book.

Why The Saints Chose Ian Book

Book leaves Notre Dame as one of the most accomplished quarterbacks in program history, finishing his career second on the school’s all-time passing list in both yards and touchdowns. A three-year starter with a career record of 30-5, Book led Notre Dame to the College Football Playoff twice in three seasons. The Fighting Irish were overmatched in both games but he never stopped competing. That competitive drive is what led to a three-star prospect becoming the all-time winningest quarterback at one of college football’s most prestigious schools.

While Book lacks the ideal size of an NFL quarterback, he possesses great intangibles. When discussing the selection of Book, Sean Payton mentioned both his competitiveness and his ability to find ways to win games. There were times when things got ugly but he remained poised. Whether it be with his arm or his legs, he found a way to make winning plays for his team. Book may be lacking physically but his mental toughness more than makes up for it.

Book doesn’t have a big arm and he will not hurt defenses vertically. He’s a timing passer who will keep plays alive with his legs. Similar to former Saints quarterback Teddy Bridgewater. The Saints offensive scheme is based on timing throws; getting the ball out quickly and accurately to your playmakers. The scheme focuses on targeting the short and intermediate levels of the field, areas of strength for Book. As a developmental prospect, he landed in the perfect spot. Now is the time to put in the necessary work to become a successful NFL quarterback.

Book is not going to compete for the starting job this season but he’s locked in as the third-string quarterback. Payton has expressed a lot of confidence in both Jameis Winston and Taysom Hill so it would be surprising to see Book take the field as a rookie. Winston is only on a one-year deal and Hill’s contract is totally avoidable, so if Book looks the part then the Saints could make the transition as early as next season. That may not be likely but it is possible. The most realistic outcome is that he gets stashed and developed for a couple of seasons.

The lack of a big arm limits Book’s long-term potential. His accuracy isn’t good enough to make up for the inability to attack defenses vertically and he’s only an okay athlete. Book seems more like a high-end backup quarterback. A smart player with good intangibles that will not fold under pressure. The kind of quarterback that will keep you alive if your starter has to miss some time. Book’s intelligence and competitive drive will keep him around in NFL locker rooms as long as he improves on his accuracy.