How does the Buffalo Bills schedule look? 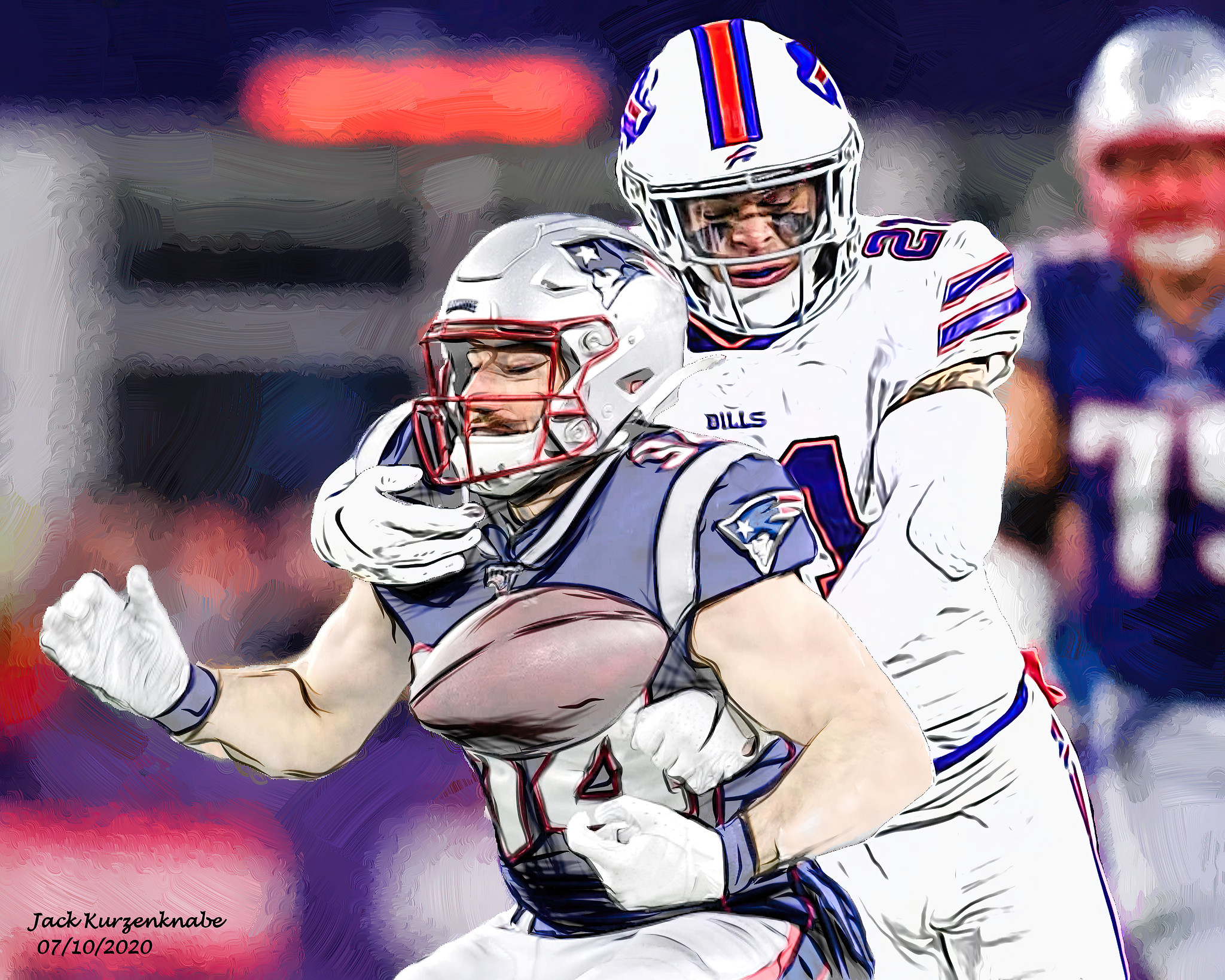 Before Sean McDermott and Brandon Beane took control of the Buffalo Bills, the schedule release would be a day for fans to check to see if all their games would kick off at 1pm on Sundays. This was the case for so many years, a franchise destined to have all their games start at 1pm unless they had to go out to the west coast. Then teams like the Bills got that one prime time slot a year because all teams are now required to have one prime time game on their schedule.

But now, this current regime is entering their fifth year, and their Super Bowl window is wide open, and they have a quarterback that is as entertaining as there is in the NFL. The Bills brought back almost their entire starting lineup from a year ago and added some depth pieces in free agency and in the draft. This is a team that made it to the AFC Championship last season, expectations are as high as ever. Now, with the regular season schedule released, this team knows the path it will take to get back.

The Bills strength of schedule ranks tied for 23rd in the league this season. Last year it was tied for fifth strongest. The Bills will face nine teams that finished under .500 last year. Buffalo will go up against seven teams that had 10 wins or more from last season and seven total playoff teams from 2020.

Even though the Bills were scheduled for four prime time games, fans may have a case to be upset, because only one out of the four prime time games will be at home at Highmark Stadium. The lone Bills home night game will be against the New England Patriots on Dec. 6 for “Monday Night Football.” Litmus Test Game

I think it can be argued either way for this game. I went back and forth with their Week 5 matchup in Kansas City on Sunday Night Football and their Week 14 matchup with Tom Brady and the defending Champs in Tampa Bay. I ultimately decided to go with Kansas City in Week 5, and I think this has to be the right choice, right? The Bills lost to the Chiefs twice last year, including their AFC Championship loss, so the Bills will once again be on the big stage sharing the field with Patrick Mahomes. The Bills know the team they are chasing are the Chiefs in the conference. Yes, this is only a regular season game in October, but this is a game where we find out if the Bills are ready to take down the AFC champs with the entire country watching.

The hardest part of the Bills schedule starts when they go to Kansas City. From Week 5 to Week 8 the Bills will play the Chiefs, the Titans in Tennessee on “Monday Night Football”, a bye in Week 7, and then the Dolphins in Week 8 at home. That is three straight games against AFC opponents who will be right smack in the middle of the AFC playoff picture. The Bills lost to both of their Weeks 5 and 6 opponents last year and they were both blowouts. That Tennessee game which was pushed back to a Tuesday Night game last year due to Covid featured the vicious stiff arm from Derrick Henry on Josh Norman. The Bills will need to have a better go of things because this will have major playoff implications in December and January.

I also could have said their stretch from Weeks 11 to 14. The Bills will face the Colts in Week 11 and then travel to New Orleans to face the Saints on a short week on Thanksgiving Night. The Bills will get a mini-bye with 10 days until their next game, at home on Monday against the Patriots in Week 13. Six days later, they head down south to take on the defending champion Buccaneers. Tough stretch.

How Many Games Do the Bills Have the Quarterback Edge?
The Bills for so many years would go into a season against teams knowing that the quarterback on the other sideline was better. Now with Josh Allen behind center, the Bills have a top five QB and only a handful of guys in this league could out-duel the young gunslinger. Looking at the team’s schedule right now and the quarterbacks they are facing. I would say only two teams will have the better quarterback. Who are they you ask? Tom Brady and Patrick Mahomes.

A Game to Worry About

If there is one thing to worry about with this team it is whether they are big enough up front on the offensive line. The Bills in Week 3 will take on the Washington Football Team who have improved greatly in a short period of time during the Ron Rivera era. They are young and explosive on offense and they have a defensive line featuring first round picks everywhere that includes former number one overall pick Chase Young. WFT might have only won 7 games last year, but they do have a top five maybe top three defense in the league.

Depending on QB battles in training camp and how certain situations play out, the Bills could be facing Ryan Fitzpatrick of the Washington Football Team and Tyrod Taylor of the Houston Texans in back-to-back weeks in Weeks 3 and 4 in Buffalo.

We Still Got Our Early Games

The last two years the Bills have played on a Saturday late in the year. What the NFL does is they list five games that are listed as “TBD” and depending on how the teams are doing and how the matchup looks, the NFL can pick up to three games of the five to be flexed and played on Saturday. Two years ago, it was the Bills in New England and last year, it was the Bills in Denver. This year, the games that could be flexed to Saturday are:

The Bills will not be facing any teams this year coming off of a bye this season.

Planning a Trip to Florida?

For the first time in their team history, the Bills will be on the road to visit all three Florida-based teams. In Week 2 they head to Miami, Week 9 in Jacksonville, and Week 14 in Tampa.