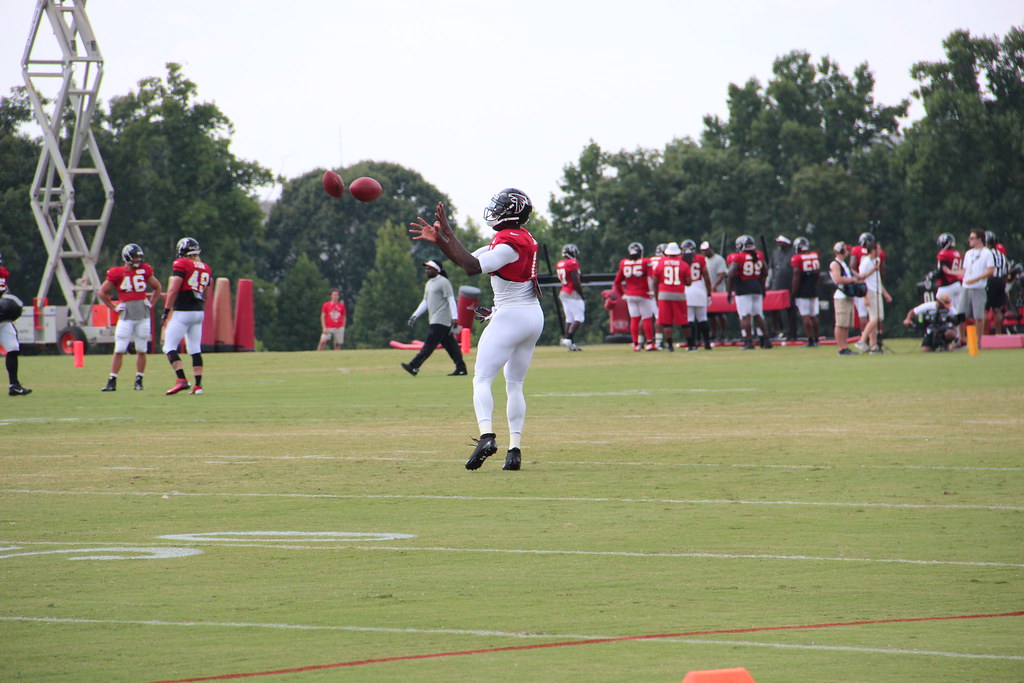 This offseason has produced numerous storylines to hype up the incoming season. Aaron Rodgers hogs the spotlight with his refusal to play in Green Bay, but there is another superstar who has been rumored to be leaving the franchise that drafted him.

The Atlanta Falcons could trade their star wide receiver, Julio Jones, by the start of the season. Most fans argue that trading Jones does not help the Falcons in any way. I disagree.

Trading Julio Jones gives the Falcons a plethora of draft picks from a team looking to make a serious playoff push. A lot of teams in the NFL need a game-changing WR like Julio Jones. He is one of the few pass-catchers in the NFL that can take over a game within seconds.

Matt Ryan’s time in Atlanta is running out; so why not start the rebuild a tad early?

Here a few teams that I believe should make a push for Julio Jones before the start of the regular season.

So, I decided to put the Falcons in this article for the sheer fact that they are more than likely not going to move Jones by Week 1. With that being said, their offense could be a powerhouse.

The Falcons drafted Kyle Pitts with the fourth overall pick in the NFL draft. A selection that may have breathed new life into a struggling team.

Kyle Pitts makes Julio’s life a lot easier with his incredible ability to catch passes and even run routes. He will become a focus for defenses to gameplan for. This gives Jones more opportunities during games to make a break out play.

Opposing defenses cannot stop Julio, Calvin Ridley and Kyle Pitts all at once. The Falcons knew this in order to bring back Julio Jones and rise up back to the top spot in the NFC South.

Are you surprised? You shouldn’t be.

The New England Patriots struggled last season with their receivers and passing game. For reference, Jakobi Meyers led the team in targets (81), catches (59) and yards (729). Jones averages double the stats Meyers did in 2020 for his entire career.

Jones enhances the Patriots’ offense immensely. He walks in as the clear WR1, but can also act as a mentor to Agholor and Bourne. He helps usher in a new era of Patriots WRs that can produce legitimate WR1 stats.

Bill Belichick is a wizard when it comes to trading draft picks. If anyone could find a way to snag Jones for a 2nd rounder and a future 3rd/4th, it’s Bill.

If there was a way to make Aaron Rodgers stay in Green Bay, Julio Jones may be the answer.

A few weeks ago, Aaron Rodgers made it clear he does not want to be a Green Bay Packer anymore. After years of disrespect and lack of an effort to surround him with talented WRs, other than Devante Adams, has pushed Rodgers to the edge.

The Packers’ best offer to the Falcons would be, 2022 second-round pick, 2023 third and 2024 first-round pick. A sacrafice that needs to be made to keep the MVP and bring in a potential one.

The Colts have had one of the busiest offseasons. Trading for Wentz then drafting the best EDGE in the 2021 draft puts them in a great spot at the top of the division. A superstar WR puts them in the conversation for Super Bowl contenders.

Last season, the Colts were at the bottom of the league in passing attempts and completions (20th). They relied on rookie Johnathon Taylor and Nyheim Hines to rush the ball downfield. Carson Wentz threw and completed more passes than the entire Colts team.

A new era is here.

T.Y Hilton and Michael Pittman Jr. are a massive upgrade than what Wentz had in Philly. Adding Jones to the offense gives Wentz a lot more confidence when throwing the ball, something he did not have in 2020.

Indianapolis sending two second-round picks (2022 and 2023) along with a 2023 fifth rounder puts the Falcons in a tough spot. Those are too great of picks to pass up, especially in the rebuild process.

Making this trade would be a step in the right direction to put them back in playoff contention. It also would be a move to solidify Wentz for MVP.