Why the Cowboys LB core has scary potential 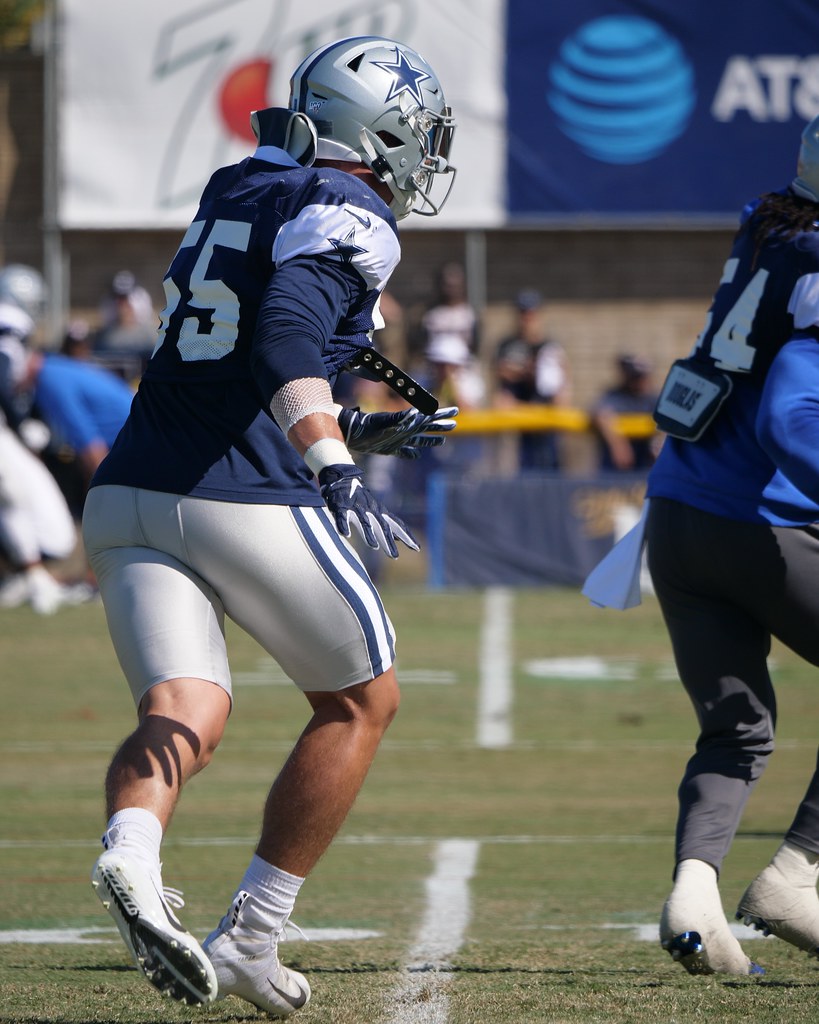 Will the Cowboys LB core be elite?

It is impossible to talk about the Dallas Cowboys in the 21st century without discussing their success at the linebacker position. The Cowboys run at linebacker has been historic. Players such as Demarcus Ware and Sean Lee both set a foundation and a standard for how the linebacker position should be played in Dallas. This is still being felt today. The Cowboys have assembled a group full of all-out athletes that can each lead a defense in their own ways. Let’s take a look at how the 2021 Dallas Cowboys linebacker core could be historic.

Who is playing the position

As the 2020 season ended, longtime Cowboys linebacker Sean Lee announced his retirement. The 11-year veteran was the centerpiece for the defensive unit for some time but his retirement was expected. The Cowboys have been making moves for multiple seasons in preparation of his retirement.

In 2016, Dallas selected Jalyon Smith with the 34th overall pick. Smith has proven to be one of the most skilled players at his position in the NFL. Two years later, in the 2018 draft, the Cowboys then used a first round pick on yet another linebacker: Leighton Vander Esch. The duo of Smith and Vander Esch has been maybe the best in the NFL since the two have begun playing together. The biggest issue with the two of them has been health. They have both missed time due to injury.

The Cowboys decided to go all in at the position in this year’s draft. With the 12th pick, Dallas drafted star-linebacker Micah Parsons from Penn State.

After getting arguably the best defensive player in the draft with Parsons, the Cowboys still weren’t done. With the 115th pick, they grabbed Jabril Cox linebacker out of LSU. The selection of two linebackers within the first four rounds caught many people off guard but it fits the narrative of the Cowboys.

How these players will be utilized

The potential for this unit is unmatched. It is expected that Parsons will start alongside Smith and both Vander Esch and Cox will be rotated in and have packages centered around them. Now imagine being the offense that has to prepare for that. Regardless of which duo of linebackers it is on the field, it will be an issue and difficult to prepare for, especially when you consider that each one plays a little differently.

This group will also occasionally include newly signed safety Keanu Neal. During his time with the Atlanta Falcons, Neal spent a lot of his time coming down from the safety spot and playing alongside the linebackers in the box. It wouldn’t be shocking if the Cowboys utilize him the same way. Espn even has him slated as a weakside linebacker on the Cowboys depth chart.

A rotation of these five players could cause matchup nightmares for offensive play callers. The athleticism of Parsons, Cox, and Neal will allow for them to keep up with even the most athletic route runners in the NFL. This group has all the intangibles to go down as one of the best ever.

So what will happen after this season ends? Leighton Vander Esch is entering the final year of his contract and will be expecting a big payday. With the Cowboys drafting Micah Parsons and Jabril Cox, Vander Esch will more than likely be the odd man out. Why pay him when you already have Smith locked in until 2025 and have both Parsons and Cox on rookie contracts? The additions of these young players will allow for a more seamless exit for Vander Esch.

This Cowboys defense as a whole could shock the NFL and be one of the best all around groups in the league. With players like Randall Gregory and DeMarcus Lawrence holding it down on the defensive line and this linebacker group being the center pieces in the middle, this unit is solid. Don’t be shocked if this defense does big things this season.